The French government has issued an orange alert for thunderstorms that are predicted to spread across the country according to French weather service Météo-France, speaking on Friday. The thunderstorms are set to bring intense rainfall, and come shortly after the Met Office warned that parts of the UK face significant rainfall over the weekend.

Météo-France described the storm approaching France as a “rainstorm requiring special vigilance due to its intensity”. It added that a monitoring system had been set up for the Bouches-du-Rhône, the Gard and the Vaucluse.

The bad weather is expected to hit between Friday afternoon and midnight on Saturday. The regional monitoring bulletin also predicted “some showers over the Gard and Bouches-du-Rhône but the event has not yet started”.

The meteorologists added: “Thunderstorms persist at the end of the night, from the southwest to the northwest of the country. However, the thunderstorms expected in the three departments placed under orange vigilance have not yet developed at this time.” 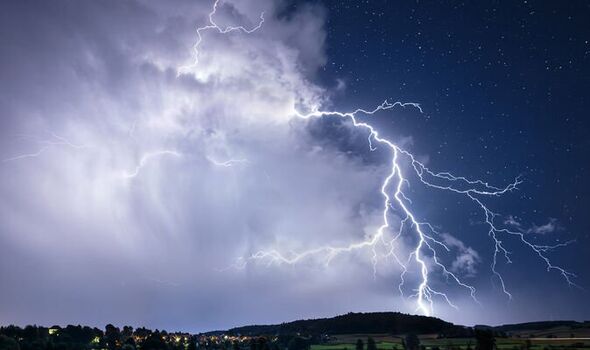 Thunderstorms are predicted to develop along with intense rainfall.

It warned that hail, gusts of wind in thunderstorms and intense electrical activity were also to be expected. The stormy disturbance will be present from the beginning of the morning in the west of the country, leading to showers and thunderstorms from the New Aquitaine and the west of Occitania to the Hauts-de-France.

The risk of thunderstorms will then extend to the east of the country. This comes as the Met Office warned of disruption as “heavy showers” sweep parts of the country over the weekend. 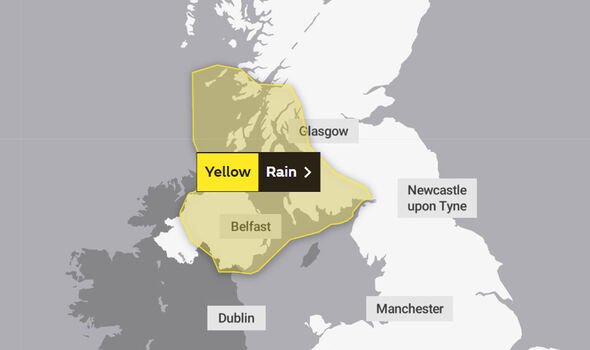 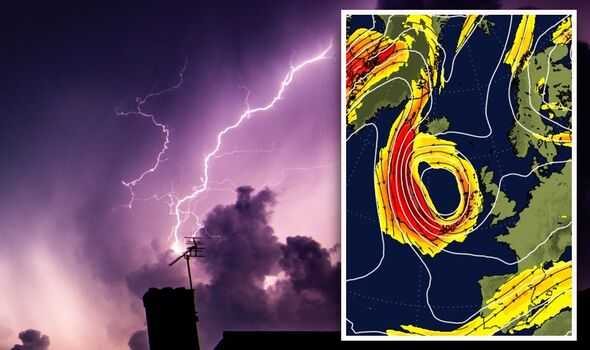 The national weather agency issued a yellow warning for most of Northern Ireland and western areas of Scotland. The heavy rain could cause disruption to drivers.

It could also lead to flooding, the Met Office added. This may cause damage to buildings and even “danger to life”, the weather agency said.

It warned that some communities may be cut off by flooded roads.