From a bridge in one the most severely flood-hit towns in Germany, we watched as the army moved heavy lifting equipment onto the bypass below.

Cars and lorries were visible in the water that covered the road but after a dry, hot day the level had fallen enough for a search and clearance operation to begin.

Divers moved around the vehicles, looking inside for some of the hundreds still missing in Germany.

The fear was some people may have died in their vehicles when floodwaters hit Erftstadt. 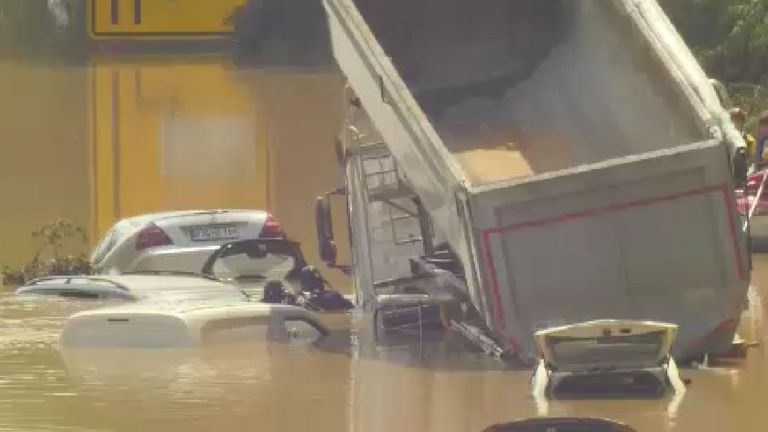 While we were there no victims were found but there are vast areas still to search here.

Much of the town – where some houses collapsed during the floods – is still a no-go area for residents.

A vast sinkhole has appeared in one neighbourhood, making it too dangerous for people to return to properties they were forced to leave.

We meet some of them queuing to receive €200 (£171) payments to buy basic necessities. They left their homes at speed and took little or nothing with them.

One man, Peter Baer, tells me that the three houses next to him were totally demolished. When he left his house was still standing but he has no idea what state it is in. 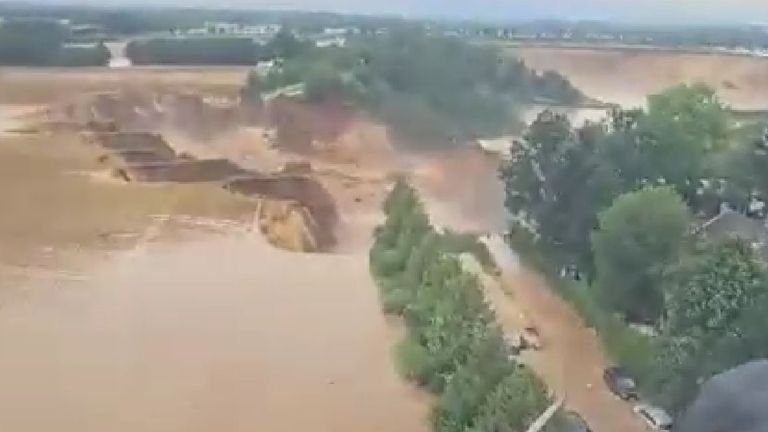 Momika Preiter, who is in line with her daughter, says the floodwater came in violently. She wanted to stay upstairs but fire crews knocked on her door to say ‘get out, your life is at risk’.

As they wait for their emergency money, staff from a local restaurant hand out free pizzas. 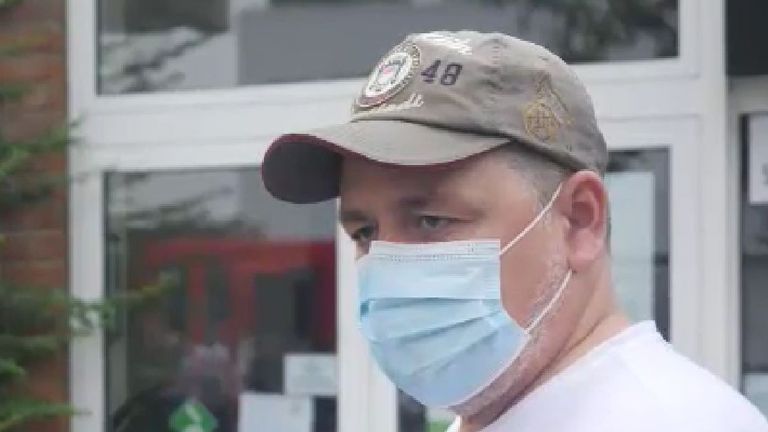 They tell us they just want to help and there is a real sense of being in it together here.

But there is also a common sense of fear. That it may rain heavily again and the floodwaters return. 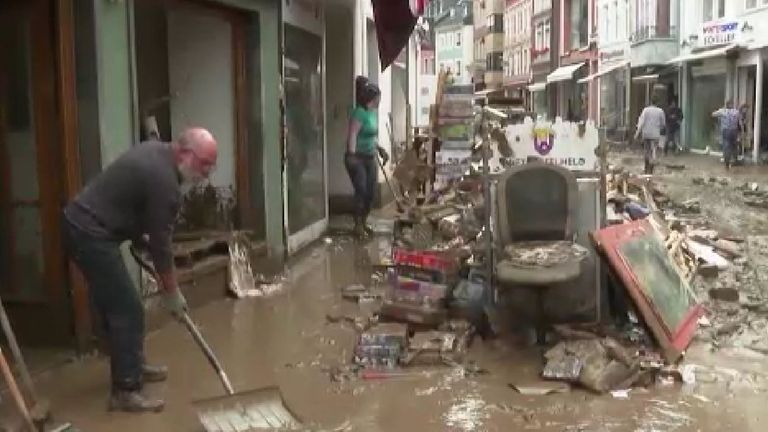 Fear, too, about what has happened to their homes, streets, neighbours.

So many are still unaccounted for in western Germany and only now as the waters recede can intensive searches begin of areas that were submerged. 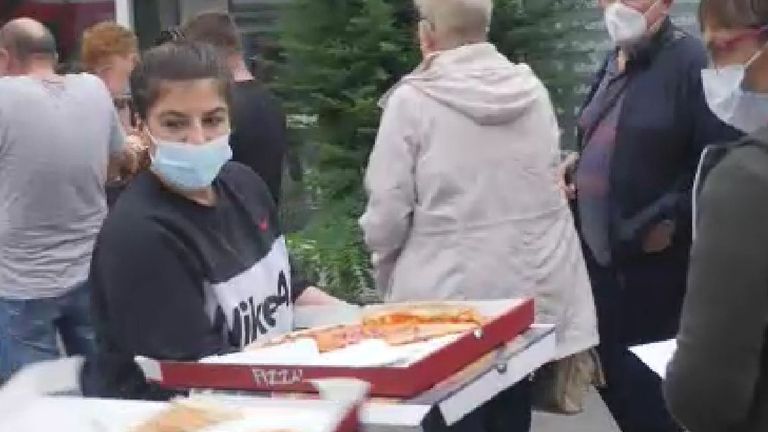 Officials have warned the number of dead is certain to increase.

And many here worry if they’ll recognise a name or notice a face is missing from the evacuation centres.

That is a tough thing to have to think about for people who’ve already been through so much.