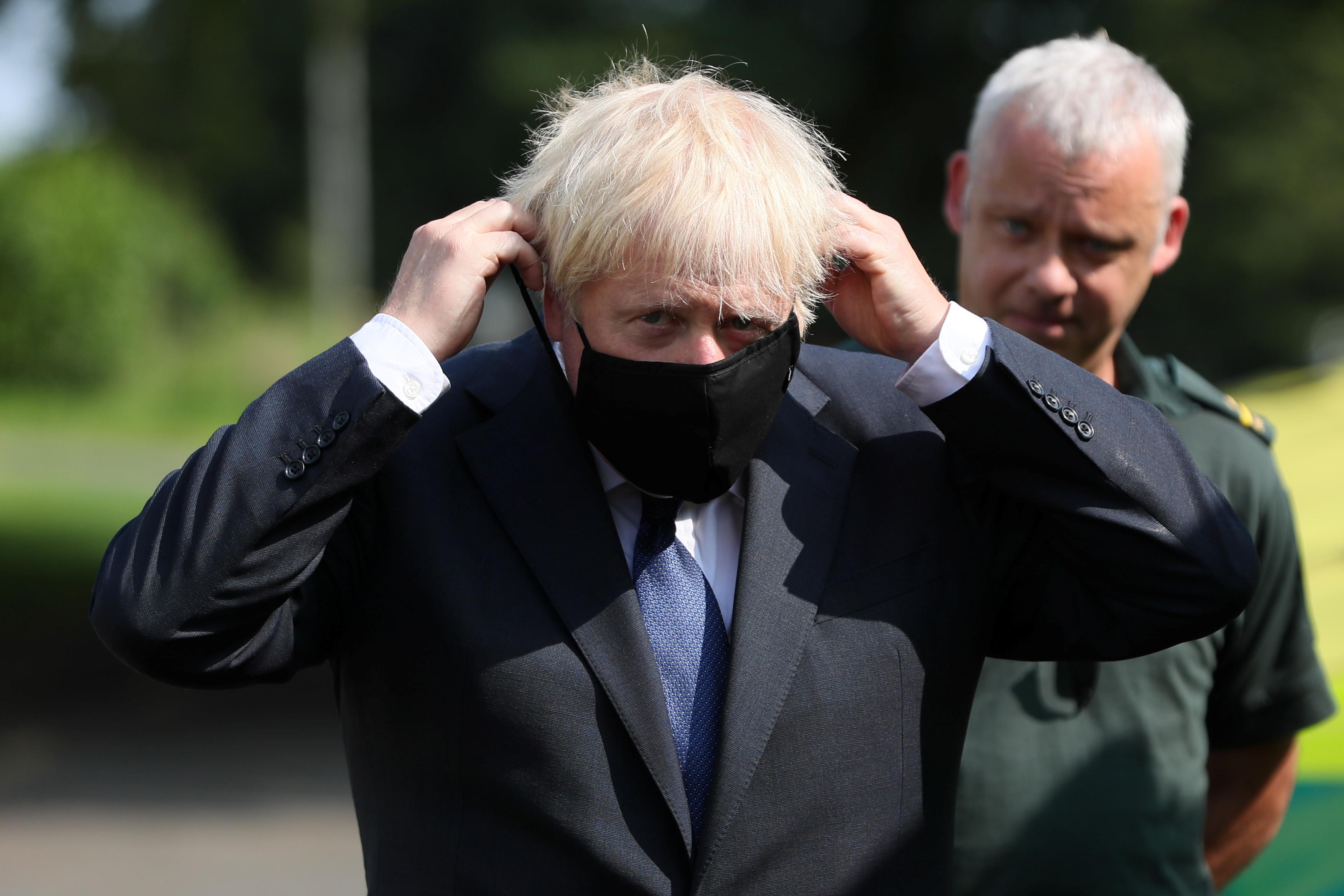 LONDON (Reuters) – Prime Minister Boris Johnson ordered the reopening of the economy in England to resume, saying a rise in infections that prompted caution two weeks ago had now levelled off, but warning of harsher punishment for those who breach the remaining rules.

Last month, amid rising case numbers, Johnson said there was “a warning light on the dashboard” and paused the reopening of casinos, bowling alleys and skating rinks just hours before they opened their doors.

He said that phase of his reopening plan can now go ahead.

“Today, we are able to announce some further changes which will allow more people to return to work and the public to get back to more of the things they have missed,” he said.

Most businesses are now allowed to operate, albeit within strict guidelines. Friday’s announcement means trials of crowds at sporting events can also go ahead and indoor theatre, music and performances can resume with socially distanced audiences.

Data shows infections in Britain have topped 1,000 three times this month and remain at or above the level seen two weeks ago. Quarantine measures have been imposed on European neighbours where cases are rising more sharply.

An accompanying statement issued by Johnson’s office added: “Two weeks ago the ONS (Office for National Statistics) had expressed concerns about a slight increase in the number of people in England testing positive. The situation now appears to have levelled off.”

However, Johnson also announced increased fines of up to 3,200 pounds ($4,175) for those who repeatedly refuse to wear a face mask where they are required to do so, and cautioned that he would halt the lockdown easing again if required.

“Most people in this country are following the rules and doing their bit to control the virus, but we must remain focused and we cannot be complacent,” he said.