There are armed police everywhere in Pakistan – every street corner, in hotel corridors and at the gates of the country’s national cricket stadiums – because international cricket is back in this cricket-mad nation.

The Pakistan Super League, a T20 franchise tournament, is being played in full on home soil for the first time. It means some of the world’s biggest cricket stars are spending more than a month in Pakistan, a country which was thrown into the sporting wilderness after a number of terror attacks.

More than a decade since 12 Taliban gunmen attacked the Sri Lanka cricket team in Lahore, cricket here is back but with the highest security possible.

There are 25,000 armed personnel on the streets of Pakistan throughout the tournament, including police, paramilitary and specialist units in the big cities of Lahore, Islamabad, Karachi and Multan. 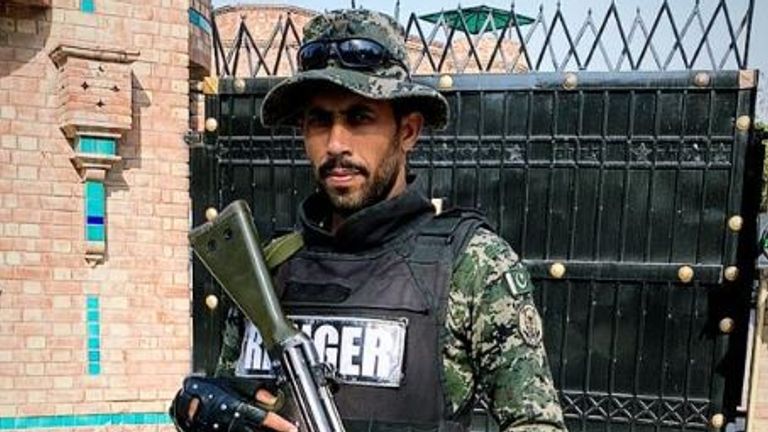 The England cricket team haven’t toured Pakistan since 2005 and England players who are in the Pakistan Super League (PSL) say the whole squad could be out there soon.

Speaking to Sky News in Pakistan, England’s opening batsman Jason Roy, who is playing for the Quetta Gladiators, said: “The main issue regarding coming over here was security, obviously.

“There’s been a lot of talk about it in the media and people say a lot of things about it so of course that’s going to be at the forefront of your mind, you’re going to be a bit worried about that.

“But as far as that’s all concerned, they’ve ticked every single box.

“There have not been any security concerns.

“It’s been a bit crazy having the armoured trucks and the armoured buses and the security guards always around you, that’s been an experience – but I haven’t felt unsafe at any stage which is, I guess, a plus.” 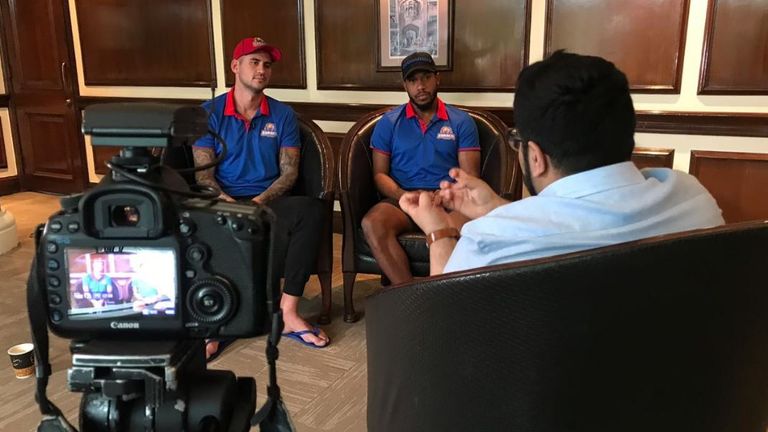 His England cricket teammate but PSL rival, Moeen Ali, said: “I’m sure we’ll probably get asked when we’re back about what it was like; the experience and security and all those questions. To be part of that is great.

“I think being current players for England, as well as people like Jason Roy and guys like that who’ve really enjoyed it, I think will play a big part in us coming with an England side or an Australia side which will be a huge stride going forward.”

When asked whether he thought this would happen soon, he said: “I think so. I think it’s going to take a little time, but hopefully we’ve done something to push it forward.”

Ali, who is of Pakistani descent, is in Pakistan for the first time in 17 years. He’s brought his family out for the whole tournament, and said the security has made them feel comfortable. 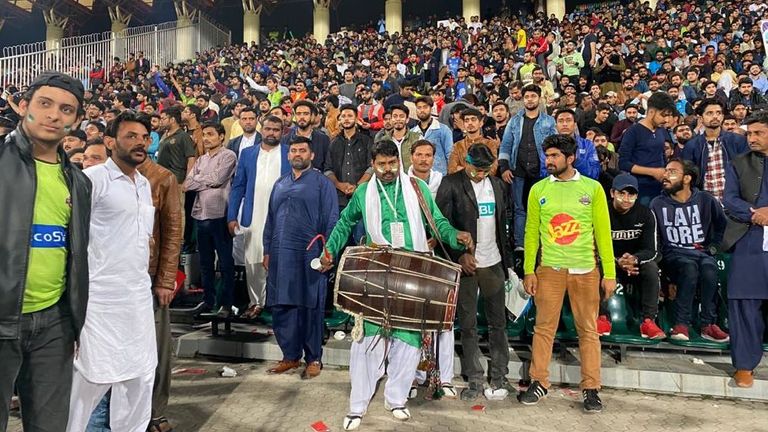 His thoughts are echoed by England batsman Alex Hales, who said: “As overseas players, we’re trying to play our part in bringing international cricket back to Pakistan. We all understand how big cricket is in this country, now we’ve experienced it first-hand.

“It’s just absolute mayhem, the people go ballistic for it here. So to play a part in bringing such an important part of this country’s culture back to the country, we feel privileged to do that.”

And Chris Jordan, England’s fast bowler who is currently playing with Hales for Karachi Kings, said: “As a professional cricketer, you always want to challenge yourself in most environments.

“Playing cricket in Pakistan has a whole different feel. Obviously this is our profession and we want to experience any condition, every condition that we can, and Pakistan should be no different.”

He added: “I don’t see why we can’t come here as an England squad in the next 18 to 24 months. At the end of the day, I’m here and I’m part of that England set-up. As long as everything is in place as it has been here, I can’t see why that’s not a possibility.” 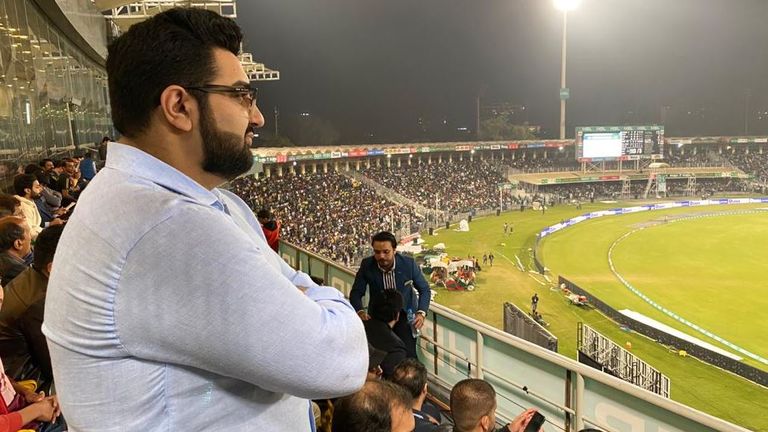 The people of Pakistan and cricket fans in particular have been starved of cricket for more than a decade. Stadiums have remained empty and the Pakistan cricket board has been leaking money while the team’s home venues have been in the UAE.

Now the stadiums are buzzing. Matches are sold out and tens of thousands of fans have brought back the electric atmosphere that was once here.

Imran, who came to watch a match with his family in Lahore, said: “It was really suffocating for the people, for the kids, now they can go and enjoy and see the colours of the country, it’s a good feeling.”

Amina, in Rawalpindi for her first cricket match in Pakistan, said: “We’ve been deprived of cricket for a long, long time, so it’s definitely a good feeling that it’s back home.”

Aisha Babar was supporting Lahore Qalandars in her home city and said: “It’s beautiful to have cricket back in Pakistan.

“We are all so excited, especially because of the players and teams.

“Cricket in Pakistan is a huge thing, and having big players like this back here is so important.

“There’s more trust now and confidence in the country and people are less scared.

“I really hope more international teams like England can come here soon, it would be so important.” 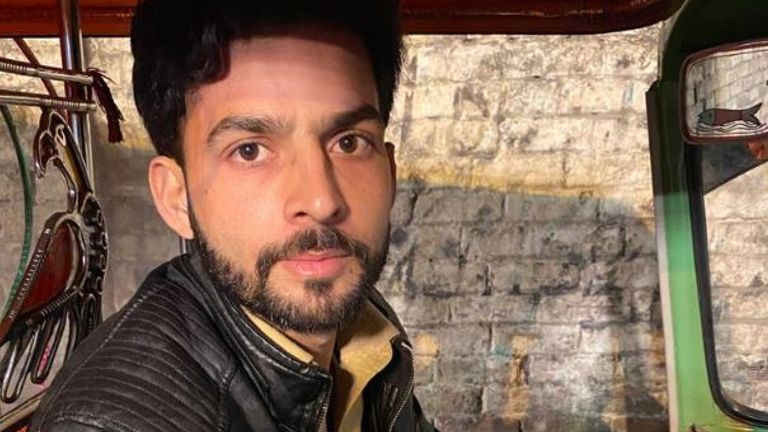 The tournament has also excited businesses in Pakistan.

Bilal, is a rickshaw driver. For years rickshaws have been in decline in the city of Lahore and he is earning less money each year. But over the past few weeks with cricket matches meaning thousands are flocking to the city centre, he’s been busier than ever before.

He said: “The return of cricket to Pakistan is helping people like me.

“I am really busy taking people to and from matches and if there are more international cricket matches in the future, it will only be a good thing for me and other rickshaw drivers.” 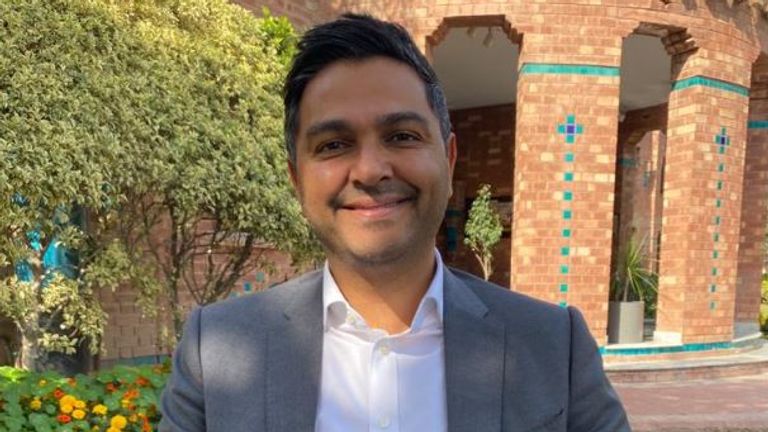 This has all happened because of one man – Wasim Khan, who was appointed the chief executive of the Pakistan Cricket Board (PCB) a year ago. He’s a British Pakistani who has always dreamed of this role, and he got it at the most crucial time for Pakistan cricket.

“We’ve lost a generation from not having cricket here and having stadiums being left empty. We’ve had to cover the cost as the PCB of those stadiums to keep the upkeep of those, very much based on the dream that international cricket would return one day, and we needed to be ready for that.” 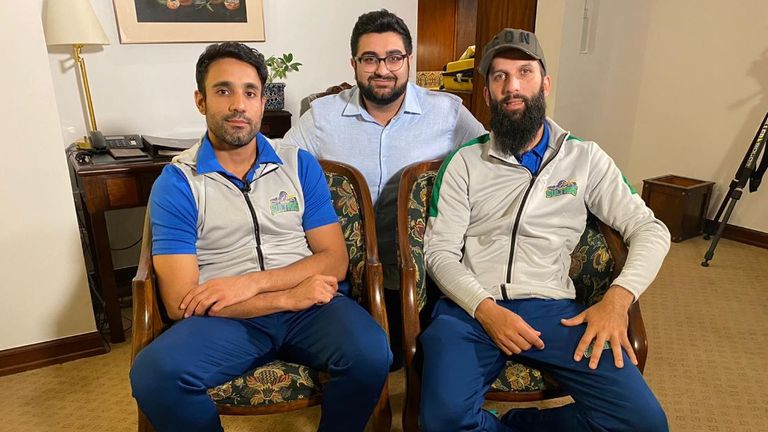 But Mr Khan knows that Pakistan only has one shot at proving to the rest of the world it can host international teams safely, with no security concerns.

He added: “The thought of an attack gives me more sleepless nights than anything else. Not because there are any threats, but because you just know that the behaviour of one individual along the line could ruin things.

“We saw recently with the multiple attacks in Sri Lanka, we saw what happened in New Zealand, but unfortunately our margin for error is a lot less.

“Our focus is on the future, you’d just hope everything would continue to go well for us. We can’t afford to lose more generations of players but there’s always a niggle at the end of your mind, there always is. It could set us back 10 years if anything happens.”

This country still has questions to answer over its reintroduction to the international fold, long-standing tensions in its relationship with India remain, and although the terrorist threat isn’t what it was, it hasn’t disappeared entirely.

Still, what’s been achieved by the PSL shouldn’t be underestimated. Once again sport has rehabilitated a pariah, the onus now is on the cricketing world more widely to respond in kind.