An elk that has lived with a tyre around its neck for at least two years has finally been freed after wildlife officers tracked it down.

Colorado Parks and Wildlife officers have spent several years trying to capture the bull elk – which was first spotted with the tyre around its neck in 2019 during a survey for bighorn sheep and mountain goats.

This was their fourth attempt to try to tranquilise the animal so the tyre could be safely removed. 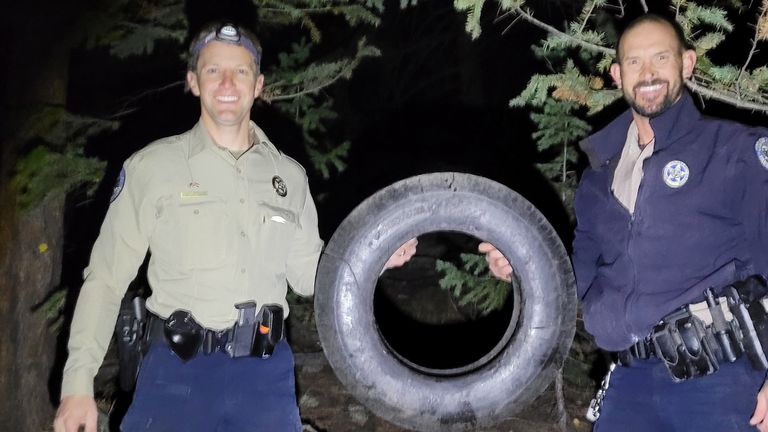 Officers Dawson Swanson and Scott Murdoch had to cut the elk’s antlers off because they were not able to cut through the steel in the bead of the tyre.

Mr Murdoch said: “We would have preferred to cut the tyre and leave the antlers for his rutting activity, but the situation was dynamic and we had to just get the tire off in any way possible.”

The elk dropped approximately 35 pounds after it was removed – as the bottom half was filled with wet pine needles and dirt – and rescuers were surprised to see the condition of its neck after two years.

“The hair was rubbed off a little bit, there was one small open wound maybe the size of a nickel or quarter, but other than that it looked really good.

“I was actually quite shocked to see how good it looked.”

It is thought the elk, believed to be about four years old, got caught in the tyre either when it was very young before it had antlers, or during the winter when it shed its antlers. Wildlife officers said it could have been a big stack of tires that the elk stuck its head in.

Following the first sighting, the animal was picked up on trail cameras a handful of times in 2020.

Mr Murdoch said breeding season played a helpful role in finally catching up with him.

“In the winter we weren’t getting any reports of him,” he said. 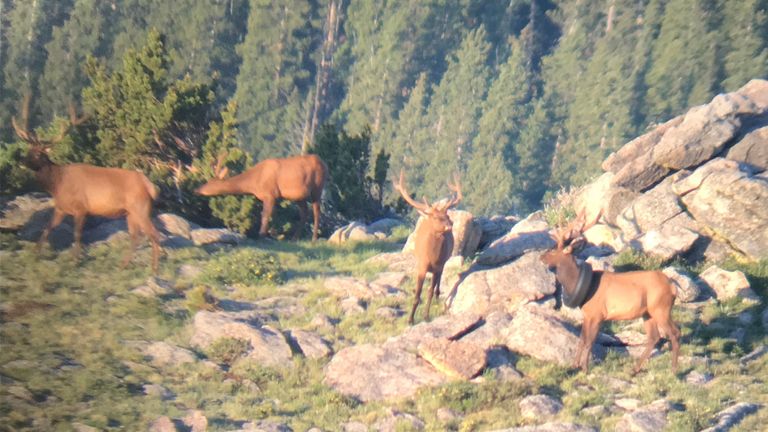 “In the springtime, we would get an occasional report or see him in a little bachelor herd. The rut definitely made him more visible. There was a bigger bull in the group he was with on Saturday, but he is getting to be a decent size bull.”

Officers said it “highlights the need for residents to live responsibly”, by keeping property free of objects wildlife can get tangled in or injured by.