The recently discovered complex was first spotted in a quarrel in Dahshur in 2017, but archaeologists have spent the last three years excavating the area. After carefully brushing away the sand, they uncovered a passageway which led them below where they believed the ancient structure once stood, revealing a sealed chamber. Last year, Dr Chris Naunton and his team got permission to lift the stone slab protecting the entrance and the results were shown on Smithsonian’s “Mystery of the Lost Pyramid” documentary.

The narrator said in January: “Dahshur, 15 miles south of Cairo, it’s one of Egypt’s most mysterious royal graveyards.

“Today, only a handful of pyramids survive, but the remains of many more lie hidden beneath the desert sands.

“Egyptologist Dr Chris Naunton has spent his career hunting for these lost tombs.

“He has come to Dahshur, where Egyptian archaeologists have made a thrilling discovery.” 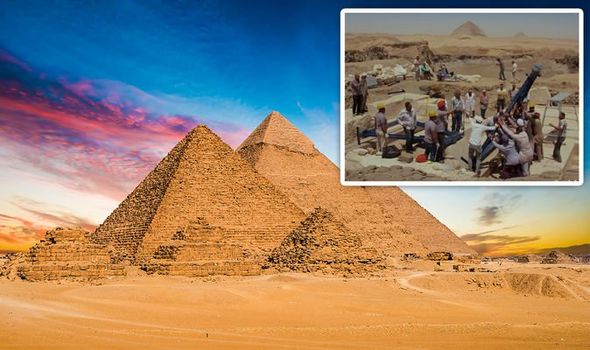 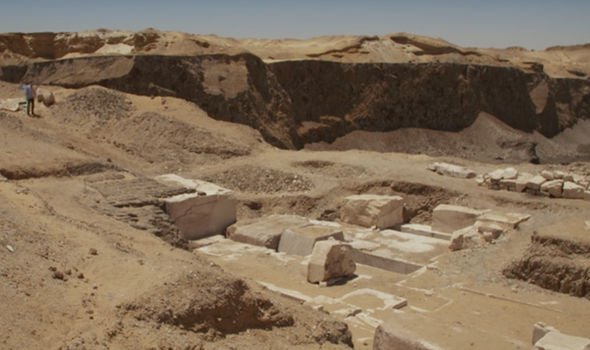 Egyptian archaeologists have made a thrilling discovery

Dr Naunton explained where the mystery location lies in place of other well-known landmarks.

He said: “This is a pretty exciting moment, we’re in this amazing lunar landscape.

“Here we have the Bent Pyramid and what’s known as the Red Pyramid behind it.

“But we’re going to a much less well-known part of the site, where something very intriguing, to say the least, has been uncovered.”

The series went on to reveal what happened when the team started work. 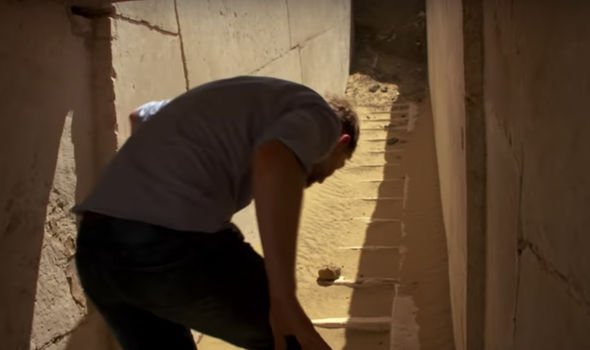 It added: “Egypt’s Ministry of Antiquities began to excavate and revealed a passage that once led from the entrance to deep under the pyramid.

“The stairs lead to an underground complex, the heart of the pyramid.

“These huge blocks are protecting access to the chamber and any treasure inside and it still appears to be sealed.

“Finally, after three days of effort, the tomb gives up its secrets for the first time in almost 4,000 years.

“But what’s inside is a shock, its contents are in disarray – the archaeologists hoped for treasure – but now there is a mystery to solve.” 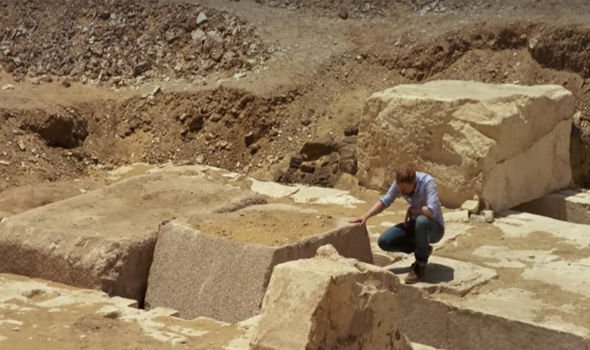 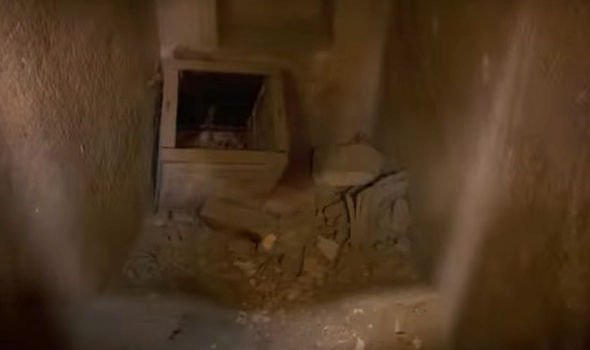 But, the empty tomb does not mark the end of the road for Dr Naunton.

He says he wants to find out how a mummy could have been removed from a sealed tomb.

He stated: “There are two questions here that we need to answer.

“One is who was buried here and secondly, how is it that an apparently completely sealed, unbleached burial chamber comes to be disturbed.”

Dahshur is a royal necropolis located in the desert on the west bank of the Nile.

It is known for several pyramids, the two of which mentioned in the documentary are among the oldest, largest and best-preserved in Egypt, built from 2613–2589BC.