FORT BREGANCON, France (Reuters) – World powers agreed at an emergency donor conference on Sunday to provide “major resources” to help Beirut recover from the massive explosion that destroyed swathes of the city, pledging not to fail Lebanon’s people.

Lebanon was already mired in political and financial crisis before Tuesday’s port explosion that killed 158 people.

Foreign countries demanded transparency over how the aid is used, wary of writing blank cheques to a government viewed by its own people as deeply corrupt. Some are concerned about the influence of Iran through the Shi’ite group Hezbollah.

The “assistance should be timely, sufficient and consistent with the needs of the Lebanese people … and directly delivered to the Lebanese population, with utmost efficiency and transparency,” the final communique stated.

The communique did not give a figure for the pledges made.

French President Emmanuel Macron, who visited Beirut on Thursday, hosted the conference by video-link and in his opening remarks urged participating nations to put aside their differences and support the Lebanese people.

The international response should be coordinated by the United Nations in Lebanon, he added.

The offer of assistance included support for an impartial, credible and independent inquiry into the blast. Public anger over the explosion has prompted some Lebanese to call for a revolt to topple their political leaders.

“Our role is to be by their side,” Macron said from his summer retreat on the French Riviera. President Donald Trump told the conference the United States was ready to continue providing aid to help the Lebanese, the White House said.

“The President called for calm in Lebanon and acknowledged the legitimate calls of peaceful protesters for transparency, reform and accountability,” a White House statement said.

Rebuilding Beirut will likely run into the billions of dollars. Economists forecast the blast could wipe up to 25% off of the country’s GDP.

Despite an outpouring of sympathy and the offers of immediate humanitarian support such as rescue teams and medical supplies, financial aid commitments have been scarce.

In a sign of the mistrust between Beirut and donors before the blast, debt default talks between the Lebanese government and International Monetary Fund had stalled in the absence of reforms. 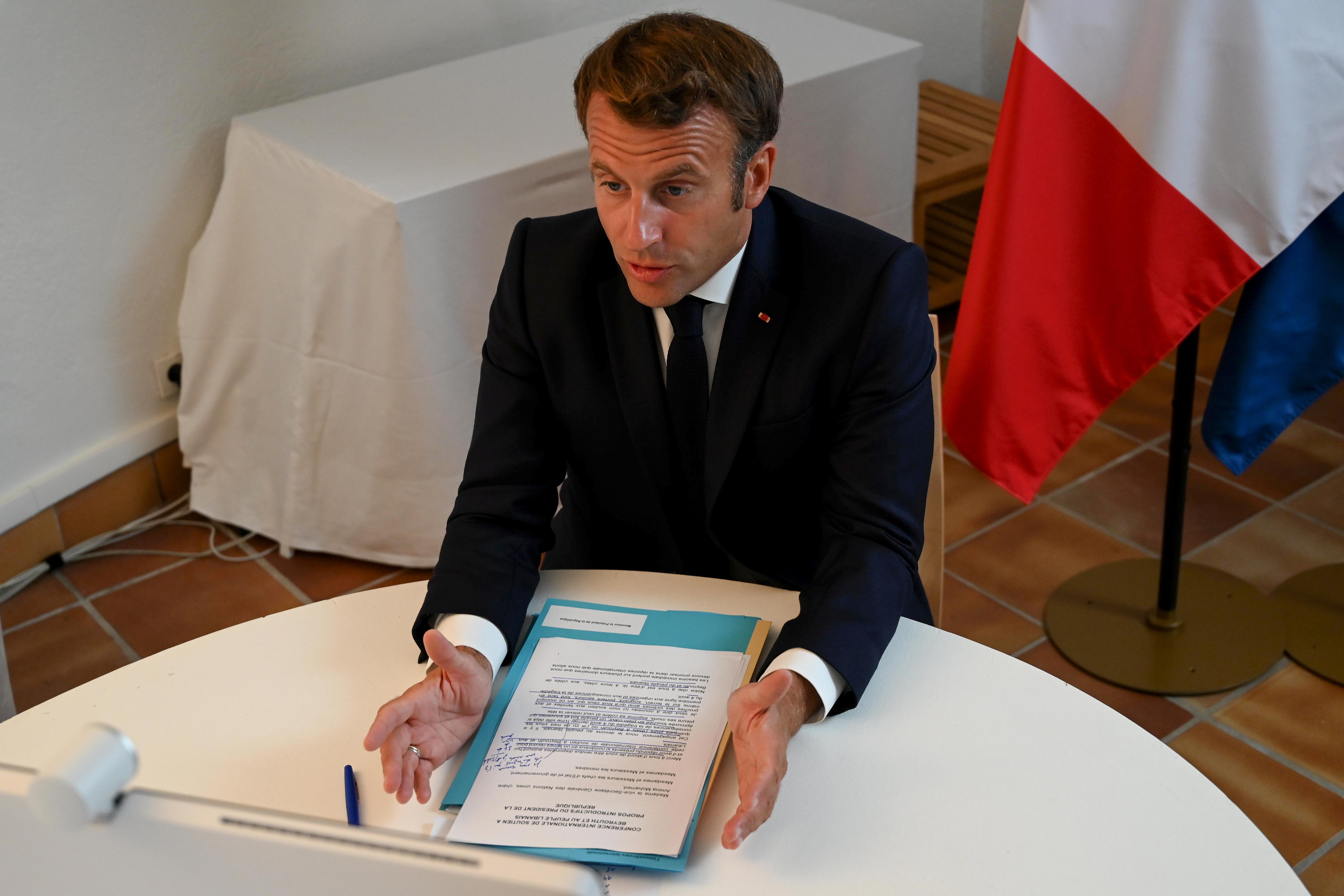 The communique said Lebanon’s partners were ready to support the country’s longer-term economic recovery if leaders committed fully to the changes expected by the Lebanese.

Many Lebanese say the blast, blamed on a huge store of ammonium nitrate, highlighted the negligence of a corrupt political elite. Protesters stormed government ministries in Beirut on Saturday and demonstrations erupted again on Sunday.

A Macron aide had declined on Saturday to set a target for the conference. Emergency aid was needed for reconstruction, food aid, medical equipment and schools and hospitals, the official said.