MADRID (Reuters) – Spain’s streets were eerily quiet on Monday but for loudspeakers mounted on police cars or carried by drones telling people to go home, as Spaniards spent their first working day under a lockdown forced by the coronavirus epidemic.

Spain’s 47 million people have been under partial lockdown since Saturday night, allowed to leave their homes only to go to work, buy food or visit a pharmacy or hospital.

More than 1,000 troops have been deployed in 14 cities across the country to help police the lockdown, telling people to go home unless they have a good reason to be outside. Army specialists sprayed disinfectant in train stations.

“If Spaniards take the measures seriously, we will start seeing results in around three or four days,” health emergency coordinator Fernando Simon told a briefing, announcing that the official coronavirus death toll rose to 297 on Monday, with 8,744 confirmed cases of infection.

Spain has the fourth-highest number of reported coronavirus cases in the world after China, Italy and Iran.

The government raised Spain’s isolation by one more notch on Monday afternoon when Interior Minister Fernando Grande-Marlaska ordered controls at its land borders.

Only Spaniards, foreign residents in Spain, diplomats and cross-border workers and people who can justify an emergency exemption will be let in, he said. Goods will be allowed in.

Air borders are still open without restriction for the time being, Grande-Marlaska added.

Police requisitioned at least 150,000 stockpiled protective masks in the southern town of Jaen for the health services in Madrid, the worst-hit region in Spain. Its regional government leader, Isabel Diaz Ayuso, joined the swelling ranks of those infected by the virus on Monday.

Transport Minister Jose Luis Abalos told RNE radio the emergency situation would “obviously” have to be extended beyond the initially decreed 15 days. 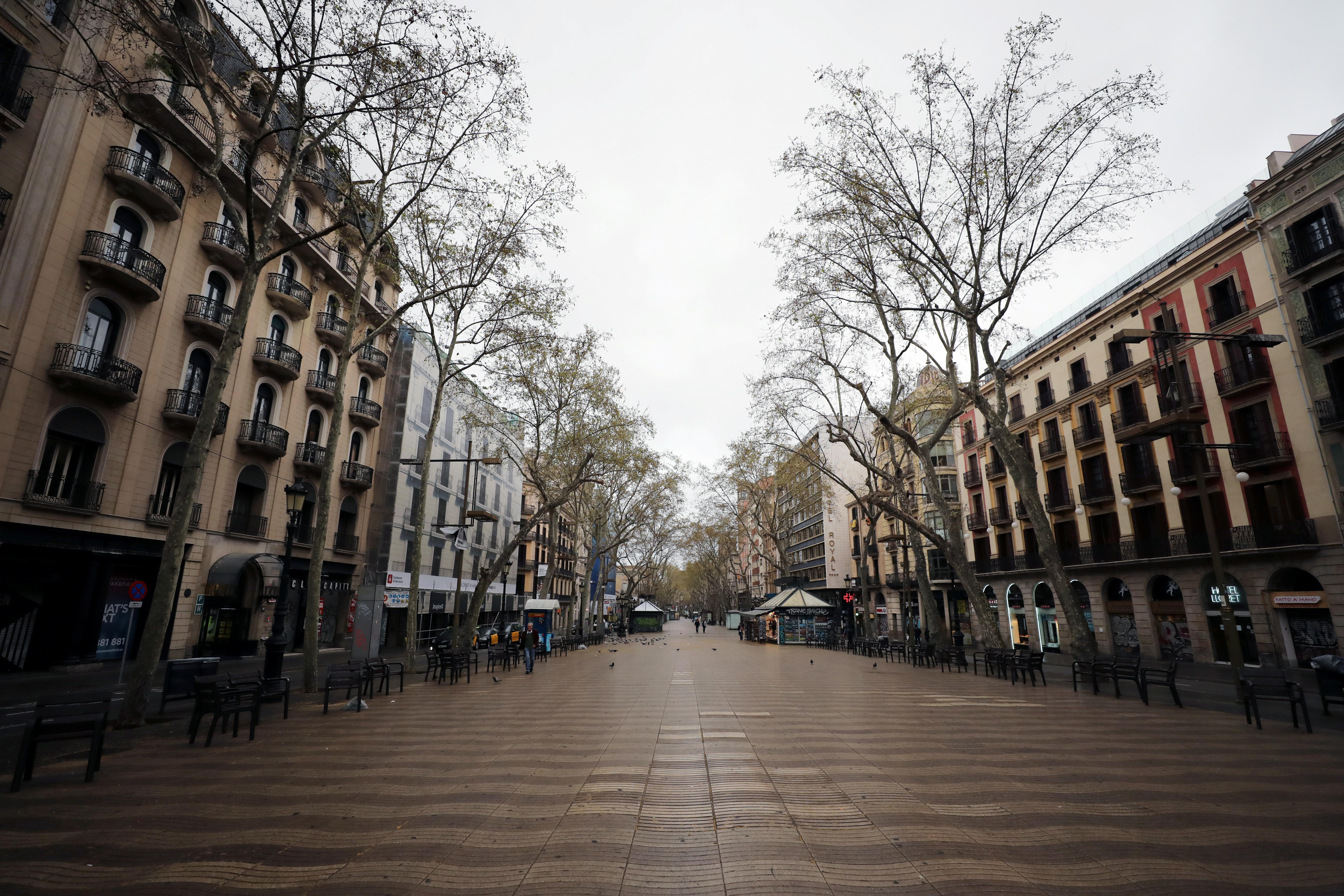 While neighboring France, also badly hit by the coronavirus, went ahead with municipal elections on Sunday, Spain’s Basque Country – the region with the second-highest number of cases – on Monday postponed regional elections marked for April 5.

Madrid’s usually bustling Puerta del Sol square was deserted except for an army patrol vehicle. Shops and restaurants were shut.

All services were operating normally at Madrid’s main Barajas airport, but there were very few travelers and various duty free shops were closed. Only a few passengers rode the Madrid metro, and most wore masks.

Economy Minister Nadia Calvino said the cabinet would adopt on Tuesday a new package of measures to tackle the economic fallout from the pandemic, “mainly to protect and maintain jobs as much as possible, give guarantees of liquidity to the whole of the economy”.

A government source said this would include support for small and medium-sized firms and loosening rules on temporary layoffs.

Schools across Spain are closed, keeping millions of children, and their parents, at home. Various large car plants have closed and the government said private healthcare facilities would be transferred to the national health system. 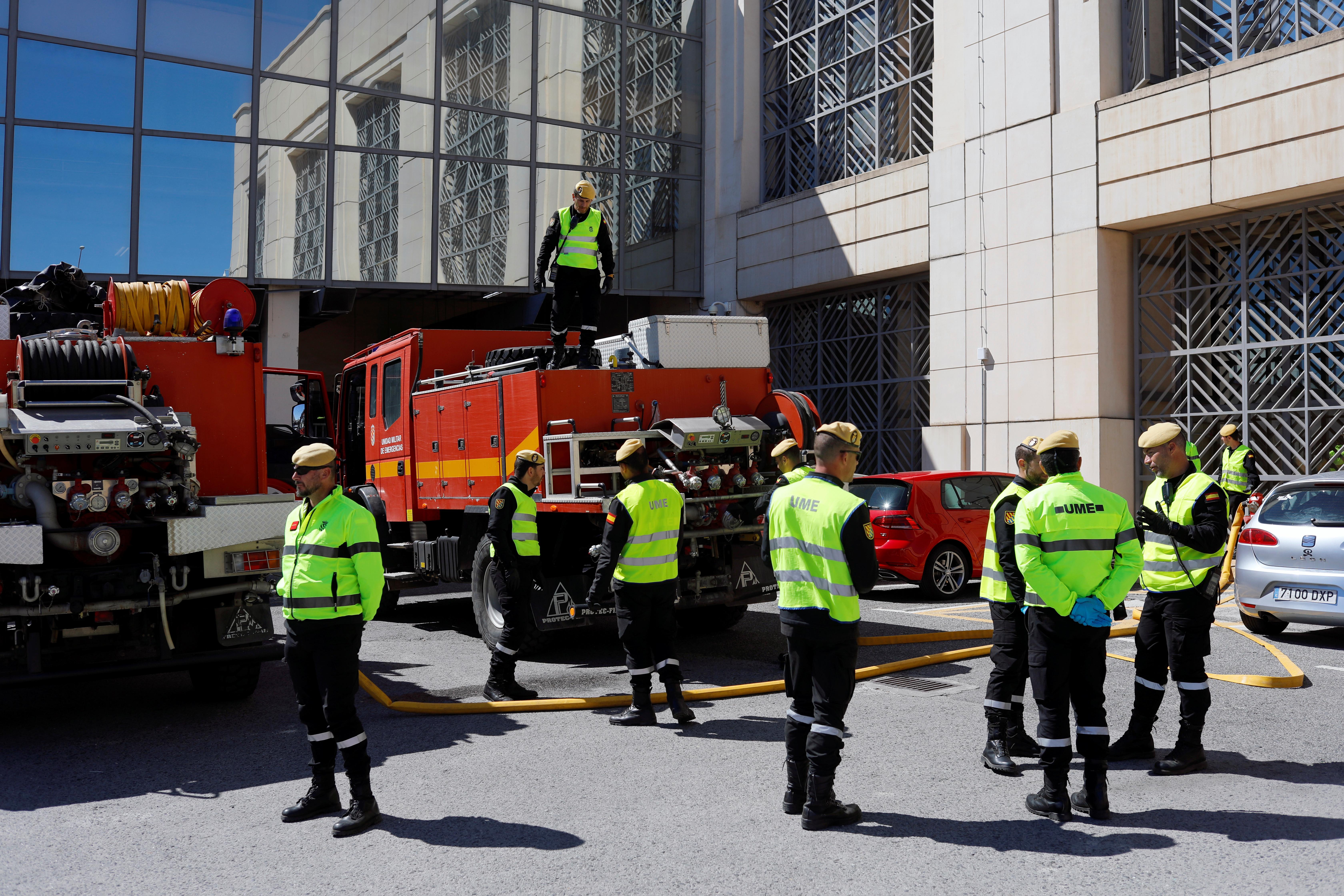 Major festivals, such as Seville’s famed Easter Week processions in April, have been canceled.

Spaniards have shown solidarity in confronting the epidemic. In Madrid and other cities, people have come out onto their balconies in the evening to applaud health workers or to sing traditional songs.