An evil death row killer murdered her 10-year-old cousin by locking her in a plastic box to suffocate as punishment for stealing an ice lolly.

Tragic Ame Deal, who suffered a lifetime of abuse at the hands of her extended family, and she suffocated to death after her cousin Sammantha Allen and her husband John locked her in a small footlocker.

The vile couple forced the youngster to do backbends and run around outside in the sweltering 39C heat in Phoenix, Arizona before they padlocked her into the box. 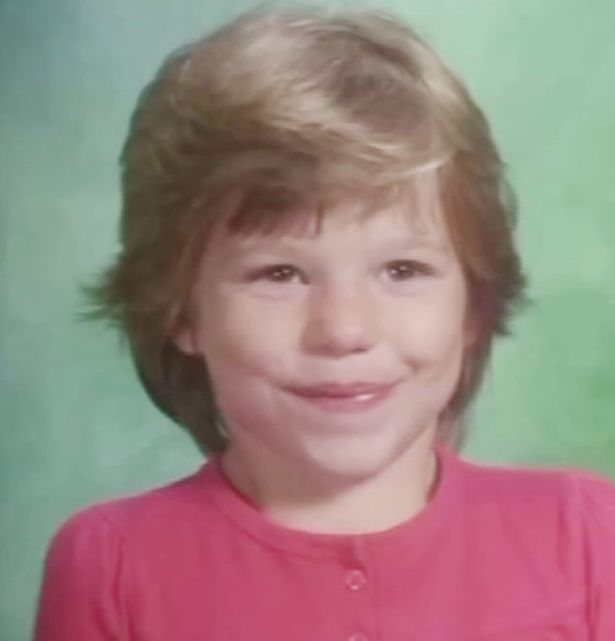 It became her coffin as the box was just 14 inches wide with two tiny air holes and when her killers opened the box, Ame was found dead.

Sammantha claimed she thought her husband would have let Ame out of the box before he went to bed.

This was only after the family told police officers that the schoolgirl was playing hide and seek and locked herself in the trunk for the night after the adults went to sleep.

Sammantha was convicted of murder and became just the third woman on Arizona's death row.

Neighbours claimed that Ame was often abused by relatives and reported seeing her forced to walk back on forth on the pavement, barefoot, in extremely hot weather conditions.

At other times she was supposedly beaten with a paddle which they culled the "butt buster" and was forced to eat hot sauce and dog faeces.

The tragic child was also forced to sleep in the shower without bedding because she had wet her bed, while she was handed out punishments for supposedly lying or for stealing food.

In her police statement killer Sammantha said: "There never was intention on killing her.

"He (John Allen) said he was going to get her out."

Authorities said her death was the culmination of a history of abuse Ame faced at the hands of her relatives.

She was one of at least 12 children being brought up in a three-bedroom house with at least 10 adults.

The Allens were both sentenced to death, while Ame's aunt Cynthia Stoltzmann – who was also her legal guardian at the time of her death – pleaded guilty to two counts of child abuse and one of attempted child abuse.

She was sentenced to 24 years and given a lifetime of probation after admitting that she too had locked Ame in the trunk in the past.

Ame's grandmother Judith Deal admitted attempted child abuse and was sentenced to 10 years in prison plus a lifetime of probation. The child's dad David Martin Deal pleaded guilty to the same charge and was handed a 14-year sentence.

Last year John Allen lost an appeal to be spared execution when both his conviction and sentence were upheld by the Arizona Supreme Court.

The ruling from the Supreme Court judges said: "Even if Allen did not intend to fall asleep and leave (Ame) inside the box for more than six hours, he should have known that placing her there for any length of time would cause (Ame) physical pain and mental anguish."