Critics say an Egyptian infrastructure project through an area south of Cairo could threaten pyramids in the region and mean undiscovered treasures may never be found.

Two new highways are being constructed across a pyramid plateau, cutting through some of the most important ancient sites in the world.

“It’s as though anywhere you dig there, you’re going to find something,” says Gayle Gibson, one of Canada’s leading Egyptologists.

One new road runs about 2.5 kilometres south of the Great Pyramids, including Giza and the Great Sphinx.

The second new highway is further south, through the desert, linking Helwan to the east and the new settlements of Sixth of October City to the west.

In the 1990s, the Egyptian government suspended a similar project after an international outcry.

Former senior UNESCO official Sail Zulficar fought against that project and says he was flabbergasted to hear it was going ahead again.

“It’s as though all the work I had done 25 years ago is now being put into question,” Zulficar says.

The pyramid fields were declared a UNESCO world heritage site in 1979. 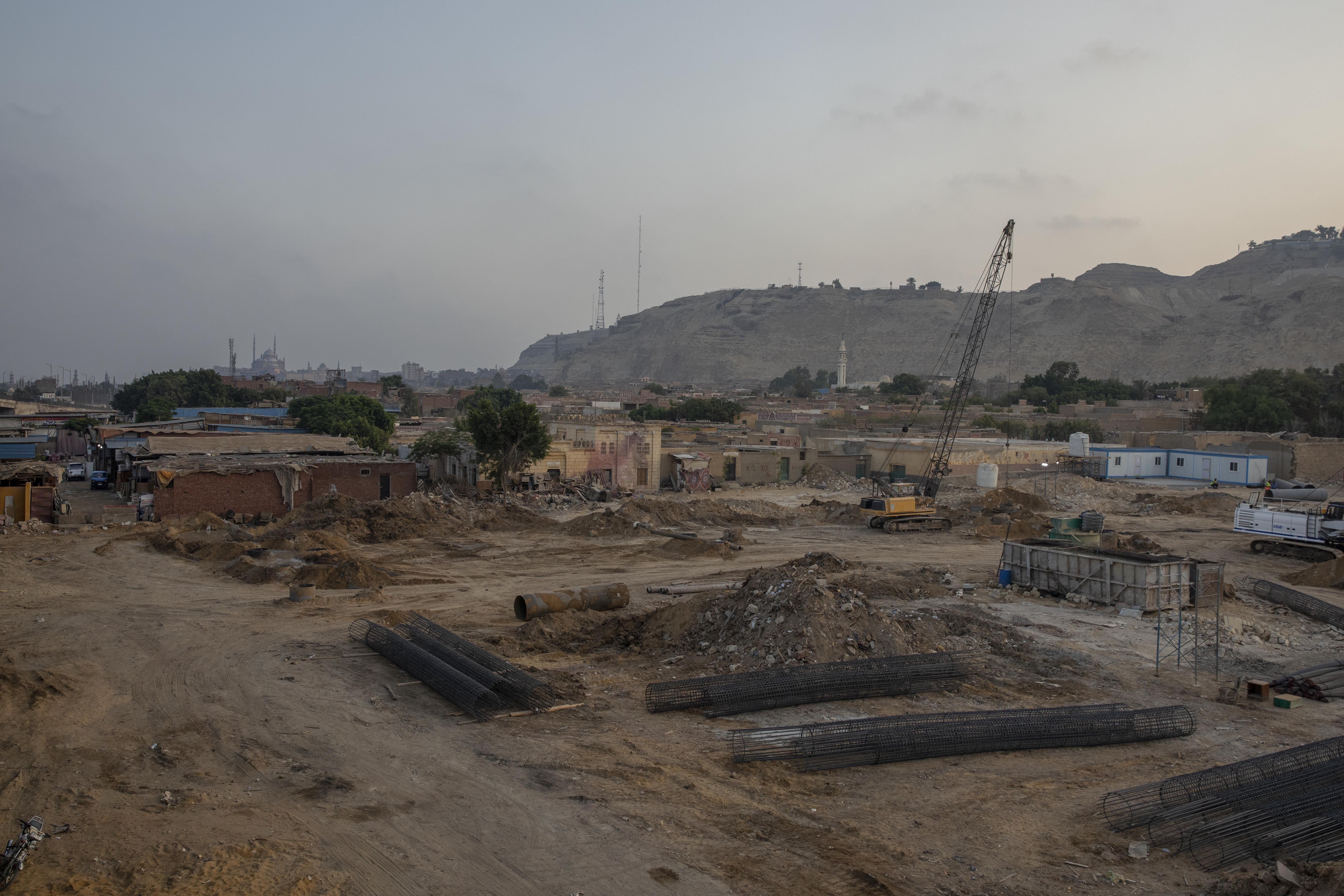 Critics say the new highway will mean more vehicles and an increase in air pollution that could affect the pyramids. They also say it could mean undiscovered archaeological sites could be covered up.

According to UNESCO, it has requested information about the project from the Egyptian government repeatedly, but has heard nothing.

Zulficar says there is a buffer zone around world heritage sites that allow some construction, but that there’s a protocol to follow.

“There’s an environmental impact study made before,” he says. “And if the environmental study is negative, and says that it might impair the site, it should be stopped.”

One section of the new highway runs south of the Saqqara necropolis, the burial ground for the ancient Egyptian capital, Memphis. It passes less than 3 km from the Step pyramid, the oldest of all pyramids, built about 4,600 years ago.

The highway passes to the north of the Dahshur necropolis, a burial ground that includes the Red Pyramid and the Bent Pyramid.

“Memphis was the seat of government until the 18th dynasty, which was less than 2,000 years BC,” Zulficar says. “It was a thriving city and it was the largest city in Egypt at the time.”

The eight-lane highways are part of an infrastructure project meant to open up new areas and combat congestion. Cairo, a city of 9.1 million, is one of the world’s most congested urban centers.

The country’s minister of tourism and antiquities says the archaeological sites are being protected.

“There isn’t a single artifact in Egypt that anyone can harm, or demolish, or build next to,” says minister Khaled El Anany. “Any bridge, any project in Egypt, takes permission of the antiquities ministry first, to make sure the area doesn’t include antiquities.”

While some critics have gone public, others have not. Some Egyptologists fear if they speak out, the Egyptian government could refuse to give them permits to work in the country in the future.