An unvaccinated couple with four children died on the same day after contracting COVID-19.

Alvaro and Sylvia Fernandez, of Loma Linda in Southern California, died without hours of each other on 19 December, their family said.

Mr Fernandez, 44, was hesitant about getting a COVID vaccination so had not got his jab before developing symptoms a few days before. His wife, 42, was also unvaccinated. 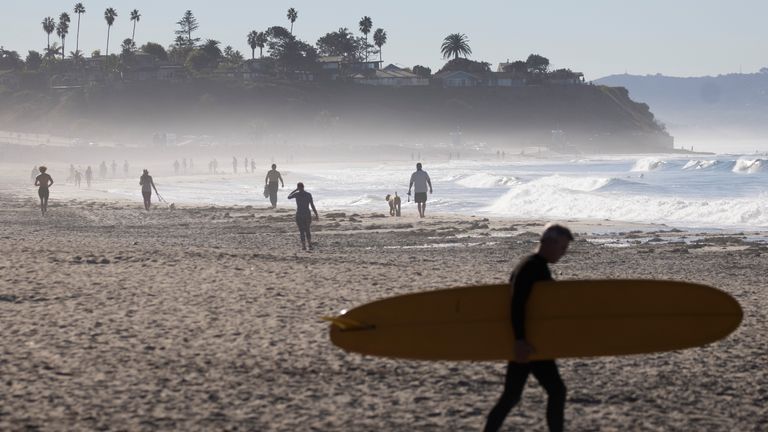 Read more: What does the latest death and hospitalisation data tell us about Omicron?

His sister, Alma Hernandez, told Sky News affiliate NBC Los Angeles: “He wanted to wait and do more research. He googled information. He didn’t want to believe everything that was on the news.

“This is kind of an eye-opener for everybody in my family that whoever is not vaccinated definitely should have their vaccinations.”

She added that her brother suffered from underlying health problems, including diabetes.

Alvaro and Sylvia Fernandez had been together since she was 15 after meeting at high school, and were married for 25 years.

They both tested positive for COVID days before dying due to complications from the virus, Mr Fernandez’s sister said.

The couple leave behind four children, including twins aged 17.

“My brother and my sister-in-law, they were very close,” said Salvador Fernandez, Alvaro’s brother. “They were high school sweethearts. They’ve been together since she was 15.

“One couldn’t live without the other.”

An online fundraiser set up by Mr Fernandez’s sister to help support their children had reached nearly $20,000 (£14,800) by 2 January.

California has been experiencing a rise in COVID hospital admissions, with an increase of about 12% in the last seven days to 4,401.

However, this is less than half the late summer peak and a fifth of a year ago, before vaccines were widely available.