On September 19, Estonia, Latvia, Lithuania and Poland agreed to close their borders to Russians. On Friday, Finland followed suit, leaving Norway’s small stretch of Arctic border with Russia the only land route to Europe. Meanwhile, the European Union (EU) – which imposed a flight ban soon after Vladimir Putin’s invasion of Ukraine began – has been debating whether to impose travel restrictions at a bloc-wide level.

Since, thousands of Russian men have sought to flee the country to avoid the draft, with miles-long queues reported at the Georgian border.

Prices for airline tickets to places such as Istanbul and Dubai skyrocketed in the days after the announcement, with some destinations reportedly selling out completely.

Finland – which shares an 830-mile border with Russia – has also seen crossings soar, with more than 50,000 entering the country in just over a week according to data from the Finnish Border Guards. 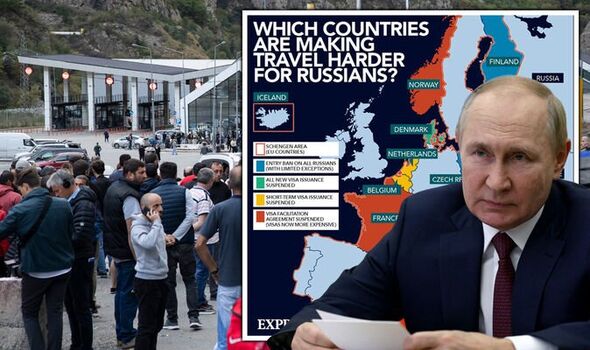 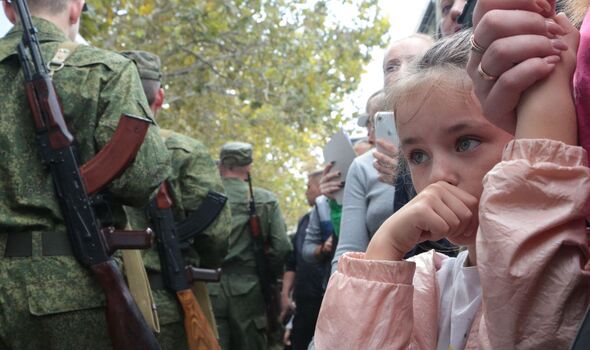 As a result, on Friday the Finnish government began barring entry to Russians on EU tourist visas – effectively shutting the last direct land route into the EU for those seeking to avoid conscription.

Foreign minister Pekka Haavisto said during a news conference: “The decision in principle aims to completely prevent Russian tourism to Finland and the related transit through Finland.”

Mr Haavisto said the continued arrival of Russians was damaging the country’s international relations. Indeed, Finland being part of the 26-member passport-free Schengen area, its border is effectively a gateway to almost anywhere in Europe.

The Finnish official had previously expressed concern about a particular route through Helsinki airport which allowed Russians to subvert the flight ban imposed by the EU.

The recent illegitimate referendums held by Russia in Ukraine and the Nord Stream pipeline leaks were also cited as having led to the decision.

However, exceptions are to be considered on a case-by-case basis for Russians seeking to enter the country for family reasons, for their studies or for work. Political dissidents will also be allowed in. 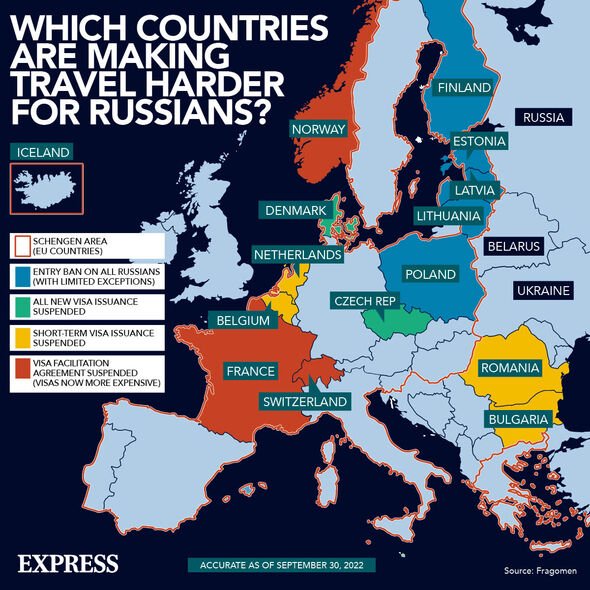 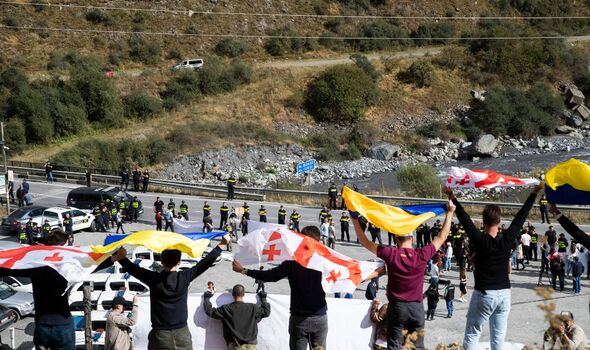 The move by Finland mirrors what Estonia, Poland, Latvia and Lithuania did just under two weeks previously. Also part of the Schengen area, the four countries agreed on a common regional approach to redistricting entry to all Russians with Schengen visas.

Last Thursday, Estonian Prime Minister Kaja Kallas said: “We believe that this is becoming a serious threat to our public security and to the overall shared Schengen area. There are people coming with the aim of undermining the security of our countries.”

Ms Kallas added that is was “unacceptable that citizens of the aggressor state are able to freely travel in the EU, whilst at the same time people in Ukraine are being tortured and murdered.” Exceptions for dissidents, humanitarian cases, family members and holders of residence permits will also be applied at the discretion of individual countries.

In Poland – one of Russia’s fiercest opponents and the country that has received the most Ukrainian refugees to date – the government said the entry ban was to “prevent direct threats to the public order and security.” 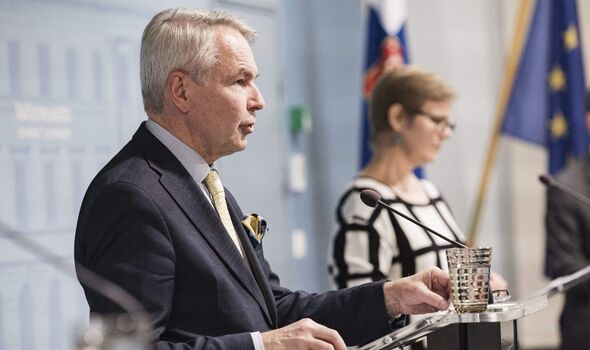 So far, the 27 EU member states have remained at odds over whether to impose a visa ban on all Russians – with a desire to punish the Putin regime being weighed against sympathy for ordinary people not necessarily in support of the invasion of Ukraine.

However, earlier this month the bloc suspended a visa deal between the EU and Russia, making travel more expensive for Russian tourists. The EU had already begun enforcing visa restrictions on Russian officials and businesspeople back in May.

This follows the EU’s imposition of a blanket flight ban on all Russian planes in the days immediately following the outbreak of war in February.

Germany and France have reportedly been leading a push to tighten visa restrictions on Russians rather than impose an outright ban.

A number of countries, such as Romania, the Netherlands and Belgium have temporarily stopped issuing short-term visas. 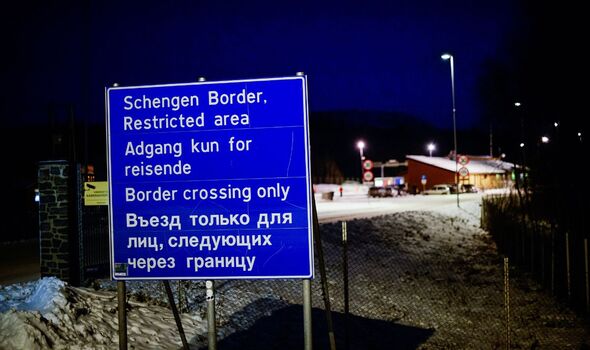 As of Friday, September 30, Russian civilians have but one remaining open border into Europe.

Norway and Russia share a 122-mile border – the northernmost border in Europe and the only to be entirely within the Arctic Circle. There is a single crossing point at Storskog, on the E105 highway which runs all the way down to Crimea.

Norway isn’t part of the EU, but it is part of the Schengen zone. Although the country has kept its Russian border open thus far, last week it suspended a longstanding visa-free travel agreement with Russia as arrivals at the crossing have increased over the past few days.

Under mounting pressure to conform with its European allies, on Friday Norwegian Minister of Justice, Emilie Enger Mehl, said in a statement: “We will close the border quickly if necessary, and changes can come at short notice. There have been few arrivals in Norway compared to Finland, and the situation is different here.”