Lockdown in the region of Lombardy has been tightened as Italy confirms more than 53,500 cases of coronavirus.

Sports and other physical activities outside have been banned, even if a person is exercising alone, and using vending machines is also forbidden.

The number of people in Italy to have died from the disease is approaching 5,000, just days after it overtook China as the nation to register most deaths from the highly contagious respiratory illness.

Officials said a further 739 coronavirus patients have died in a single day, taking the total number to 4,825.

The increase of 19.6% was by far the biggest daily rise since the outbreak emerged in the country a month ago.

A team of 65 Cuban doctors and nurses with experience in battling Ebola will arrive in the hard-hit Lombardy town of Cremona on Sunday ready to help. 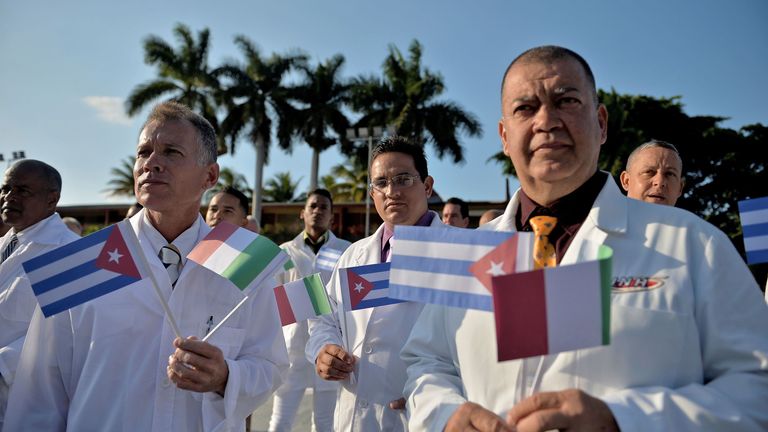 In other coronavirus news around the world: 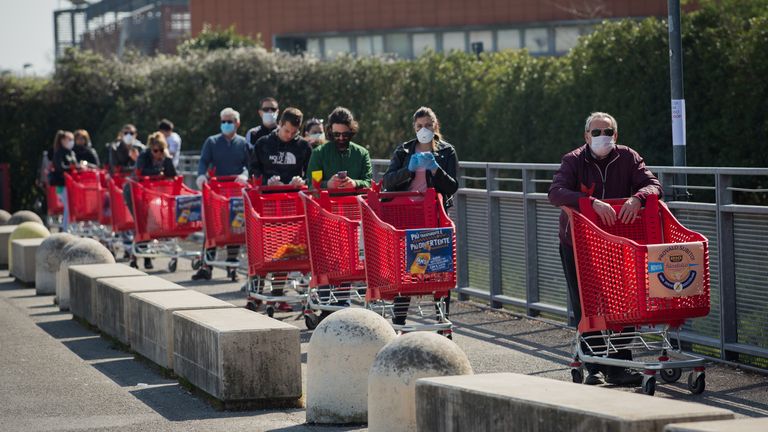 Also known as COVID-19, the illness causes mild or moderate symptoms in most people, though severe symptoms are more likely in the elderly or those with existing health problems.