The virus is transforming the Muslim holy month, clearing out mosques and forcing families to replace physical gatherings with virtual meet-ups.

China’s new export rules for some medical supplies will put more of the burden for quality checks on importers.

Here’s what you need to know: 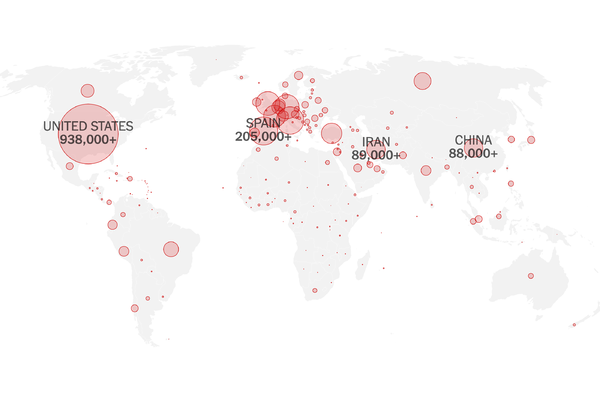 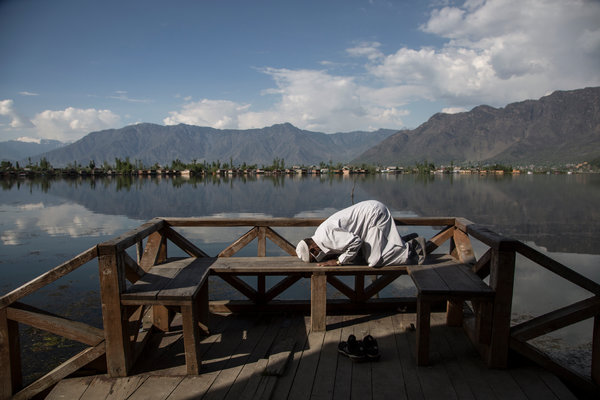 A less social Ramadan to help contain the virus.

Sprawling banquets that convened crowds of relatives have shrunk to modest meals for immediate family. Imams who led prayers in packed mosques have been addressing the faithful over Zoom. And stay-at-home orders and social distancing guidelines have sapped the nighttime jubilance of cities with large Muslim populations, from Cairo to Jakarta to Dearborn, Mich.

For the world’s 1.8 billion Muslims, the holy month of Ramadan is a social and spiritual high point, a time to gather with friends and family, and to focus on fasting, prayer and scripture.

But the coronavirus pandemic is transforming this Ramadan across the world, clearing out mosques, canceling communal prayers and forcing families to replace physical gatherings with virtual meet-ups.

Ramadan, which most Muslims began observing on Friday or Saturday, is the month when Muslims believe God revealed the Quran to the Prophet Muhammad. Fasting from dawn to dusk for those who are able during this month is one of the five pillars of Islam.

But the coronavirus has added danger to many of the ways that Muslims have observed Ramadan for generations, forcing modifications.

Some mosques, where men and women normally pray shoulder to shoulder and crowds spill into the streets, have made efforts to space out the faithful to prevent contagion. Others, from Paris to Brooklyn to Mecca, toward which all Muslims pray, have shut their doors altogether.

The rigors of fasting have birthed a range of social customs. Families stay up all night or wake up before sunrise to eat. Breaking the fast and the nighttime meals that follow are opportunities to gather with relatives, entertain guests and, for the wealthy, give charity by offering drop-in meals at street banquets for the poor.

But for many, this will be a Ramadan like no other, observed more at home than at the mosque, more online than in person, and amid greater uncertainty about the future.

The key obstacle in planning for this pandemic was money. Will it be the same for the next?

Early in 2018, 30 microbiologists, zoologists and public health experts from around the world gathered at the headquarters of the World Health Organization in Geneva to draw up a priority list of dangerous viruses — specifically, those for which no vaccines or drugs were already in development.

It included “Disease X”: a stand-in for all the unknown pathogens, or devastating variations on existing pathogens, that had yet to emerge. The coronavirus now sweeping the world, officially SARS-CoV-2, is a prime example.

Ultimately it wasn’t science that stopped significant action from being taken on finding ways to deal with “Disease X.” According to some infectious-disease experts, the scientific tools already exist to create a kind of viral-defense department — one that would allow the pursuit of a broad range of global projects, from developing vaccines and drugs that work against a wide range of pathogens to monitoring disease hot spots and identifying potential high-risk viruses, both known and unknown. What’s lacking is resources.

The work that stalled included efforts to design panviral drugs and vaccines that would be effective against a wide range of strains: all types of influenza, for instance, or a substantial group of coronaviruses rather than just one.

One key obstacle: Such drugs and vaccines are unlikely to be profitable, making them unappealing to pharmaceutical companies.

But as the Covid-19 pandemic unfolds, systems of global cooperation and investment have started to emerge. And the conversation about what it would take to prepare for the next pandemic has started.

China changes its rules again on the export of medical supplies.

China has again changed its regulations on the export of N95 respirators, surgical masks, ventilators, infrared thermometers and other medical supplies, making it slightly easier to sell them overseas but also putting on importers more of the burden for quality checks.

Millions of coronavirus testing kits, as well as smaller numbers of respirators and other equipment, have been piling up at factories and airports in China as companies and Beijing regulators try to sort out unclear Chinese customs rules. The new rules resolve some but not all of the confusion.

Beijing officials have been struggling for a month to strike the right balance between preventing the export of unsafe products and not impeding the delivery of better-quality supplies to overseas hospitals. European countries and Canada have complained of shoddy goods, especially respirators and test kits.

The new Chinese customs agency rules issued late Saturday night say that goods may meet either Chinese or foreign quality standards. But for the first time, the rules require that not only the exporter but also the importer overseas must attest that the goods meet quality standards before the items are allowed to leave China.

Beijing officials “don’t want to take any responsibility or liability for counterfeit or defective products,” said Omar Allam, the chief executive of a trade consulting firm based in Ottawa.

China on Sunday reported 11 new coronavirus cases in the mainland for the previous day. The latest official tally recorded a total of 82,827 confirmed cases of the virus, including 4,632 deaths.

With pro tennis paused by the pandemic, Federer and other stars see the chance to end the sport’s gender divide.

Roger Federer used some of the idle time that he and most other professional tennis players now have to raise a question on Twitter: “Am I the only one thinking that now is the time for men’s and women’s tennis to be united and come together as one?”

Billie Jean King founded the Women’s Tennis Association in 1973 after failing to persuade the men to create a joint venture. But she, like Mr. Federer, believes that the coronavirus shutdown of the sport may finally allow it to unite.

Combining the tours — a complex and ego-imperiling task that is far from fruition — could create more leverage for deals with sponsors, broadcasters and data companies. It could also provide a more coherent experience for fans, who now typically need multiple cable and digital subscriptions to follow the men’s and women’s games. Plus it might streamline the calendar, even if some separate men’s and women’s events remain, and eliminate differences in the rules.

There is still strong resistance to a merger from some male players. But the financial pain generated by the pandemic has intensified the tennis world’s debate about and interest in teaming up.

The male stars Rafael Nadal and Stan Wawrinka have joined Federer in expressing support for exploring a merger. So have leading female players such as Simona Halep, Petra Kvitova and Garbiñe Muguruza.

It’s not just the men’s and women’s tour that are separate. The sport’s Grand Slam events, its financial engine, operate independently even of each other.

For many, the harassment of Asian-Americans has been a reminder that your face can still mark you as foreign.

Our correspondent Jia Lynn Yang says she has been thinking of the history of U.S. immigration law even more amid a spate of attacks against Asian-Americans during the pandemic.

The last few weeks have been hard on many Asian-Americans. Blamed for the coronavirus, they have been attacked, spit on, told they don’t belong.

These stories have been difficult to read, but they are also not new — something I learned while researching my new book, “One Mighty and Irresistible Tide: The Epic Struggle Over American Immigration, 1924-1965.” And the subject feels more urgent now than when I started writing about it four years ago.

For most of my life, the story of how my Chinese family became American seemed straightforward enough: My parents came to the United States for their education in the late 1960s and early 1970s, stayed to build their careers and then started a family in Northern Virginia.

Led to believe this country had always welcomed immigrants, I could not envision a different America in which my family had been turned away. There was no point in pondering alternatives — a great blessing had been granted, and our central task was to fit in. Or so I thought. Tap here to read the rest of the essay and sign up for the weekly Race/Related newsletter here.