Millions of minks are being culled in Denmark over concerns about a mutation of coronavirus which has passed from the animal to humans.

The drastic action has been taken after a “unique variant” of SARS-CoV-2 – the virus that causes COVID-19 – was discovered in 12 people infected by minks. 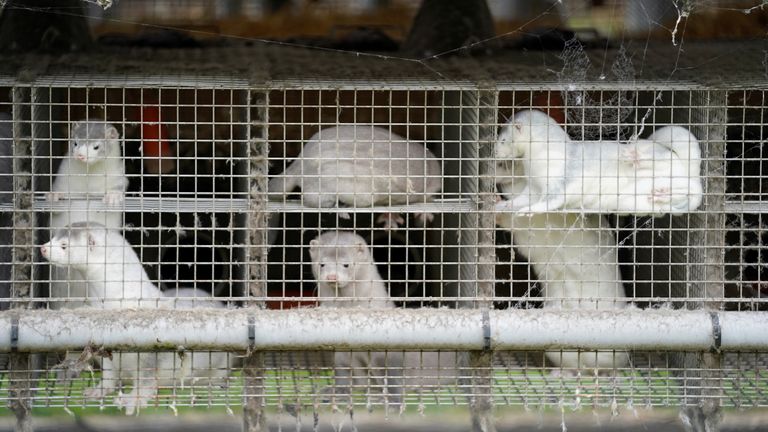 Scientists have now voiced concerns about the potential impact on the bid to develop a coronavirus vaccine.

But how worried are the experts, how could the mutated virus affect the search for a vaccine and what action is being taken to protect the public? Sky News explains.

So what’s happened in Denmark?

More than 200 people have been infected with mink-based strains of coronavirus in Denmark since June, according to the World Health Organisation (WHO).

Significantly, they included 12 cases with a “unique variant” of the virus in the country’s North Jutland region.

The WHO said tests had shown that those 12 infected people – aged seven to 79 – had “moderately decreased sensitivity” to antibodies, raising concerns it could undermine the development of a vaccine.

How concerned are scientists?

Hans Kolmos, a professor of clinical microbiology at the University of Southern Denmark, told Sky News it was “quite a volatile situation”.

“We are concerned and that’s why we have implemented some quite drastic precautions – that is taking out all the industrial mink herds and killing the animals because we cannot control the transmission,” he said.

“You have to remember that these mink herds are immense. There are thousands of individuals gathered in very, very little space and this makes the potential for many transmissions from animal to animal, and that’s a dangerous situation.

“Every time the virus is transmitted to one individual to another, you have the risk of mutations.”

Prof Kolmos said about half of all human COVID-19 cases in North Jutland “have their origin in mink strains”.

He said: “It doesn’t mean that everybody has been infected from a mink farm but the problem is that these mink strains that have mutated are being transmitted back to humans, and then they are transmitted from human to human.”

The WHO said minks contracted coronavirus “following exposure from infected humans” and the animals can act “as a reservoir”, passing the virus between them and to humans. 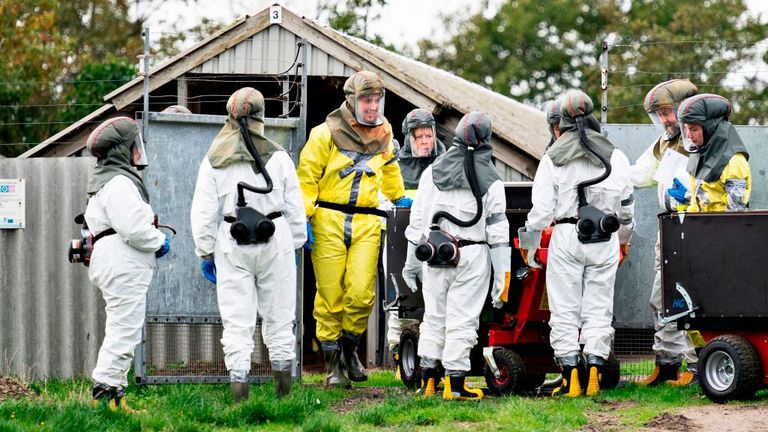 How could this impact the search for a vaccine?

Prof Kolmos said the discovery of the virus mutation could be a “huge development” in the bid to develop a COVID-19 vaccine because it “could encode a major change in the spike protein of the virus”.

He explained: “The spike protein is the protein that sticks out of the virus, which the virus uses to attach to the receptors on the human airway cells, as well as in mink.

“If there are any major mutations, or any major changes in the spike protein, we’ll be in a situation where a future vaccine might not work sufficiently.

“All the vaccines being produced so far have been raised from spike proteins of traditional COVID-19 strains.

“This is the worry and the government has decided from a precautionary principle to take out all mink herds and simply kill the animals because we cannot control the transmission and we cannot be sure that this will not occur in the future too.”

However James Wood, head of veterinary medicine at Cambridge University, said the true significance of the reported mutations in Denmark had “not yet been evaluated by the international scientific community and thus unclear”.

The coronavirus evolves constantly and, to date, there is no evidence that any of the mutations have affected COVID-19′s impact on people. What’s been the Danish government’s response?

The Danish government has ordered the cull of all 15 million minks bred at Denmark’s 1,139 mink farms.

It has also put more than a quarter million Danes in a northern region of the country into lockdown.

According to government estimates, culling the country’s 15 million mink could cost up to five billion kroner (£605m).

Denmark is the world’s largest mink fur exporter and produces an estimated 17 million furs per year.

Kopenhagen Fur, a cooperative of 1,500 Danish breeders, accounts for 40% of the global mink production. Most of its exports go to China and Hong Kong.

How has the UK government responded?

The UK – which banned mink farming in 2002 – has now brought in tighter rules for arrivals from Denmark due to concerns about the outbreaks in the country’s mink farms.

All non-British national or resident travellers who have been in Denmark in the last 14 days have been denied entry, which came into force at 4am on Saturday.

British nationals or residents who are returning to the UK – either directly or indirectly – from Denmark are now required to self-isolate, along with all other members of their household, until two weeks have passed since they were last there.

Passenger planes and ships travelling from Denmark, and any accompanying freight, are not allowed to dock at English ports under further new rules, which came into force at 4am on Sunday.

And hauliers who have been in or through Denmark in the last fortnight will also be denied entry on arrival.

The measures will be reviewed after a week, the government has said.

“This is a fast-moving virus. What we realised at the end of last week is there had been a new strain of the virus that had developed in Denmark and, crucially, had then reinfected a human from a mink.

“That was a significant new development and we felt it was important to act expeditiously and quickly to try to make sure there wasn’t a risk of that coming to the UK, and that’s what we’ve done.”