Coronavirus has infected 12,462 people across Italy and killed 827 since the first case was diagnosed in the epicentre of Codogno at the beginning of February. Following the decision to put the whole country in quarantine announced on Monday, Prime Minister Giuseppe Conte on Wednesday announced another swathe of strict measures to ensure the majority of people stay at home. But despite the heavy risk of contagion, and potential death, some people have still attempted to bypass the lockdown and forced the Police to resort to fines and arrests to slow down the spread of COVID-19.

Lia Quartapelle, a member of the  Italian Chamber of Deputy for the Democratic Party, told Euronews: “We have seen people arrested for meeting up.

“Two friends who had met up in Sicily, one coming from Rome and the other from Milan. They were arrested.

“Two other people trying to go to the airport in order to go to Spain on holiday, coming from the red zone, they have also been arrested.”

Ms Quartapelle added: “Non-essential travel is being checked and people are being either fined or arrested. 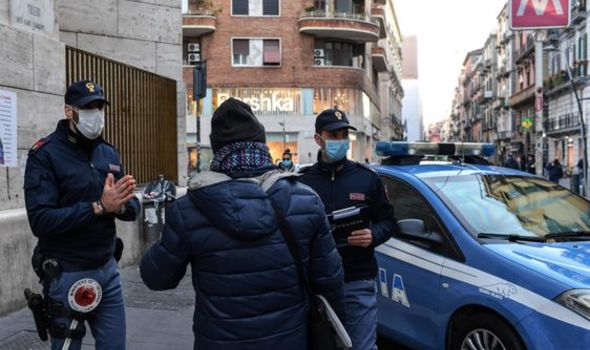 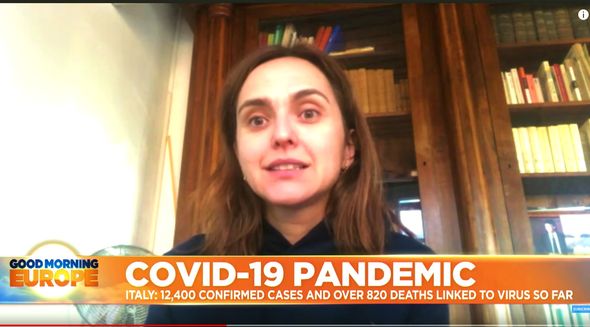 “The rules will be respected, increasingly they are. There are sanctions, there is the risk of arrest and we have to enforce them.”

The new precautionary measures include up to three months in jail or a fine of €206 (£181) for anyone who is found to be travelling across Italy without the necessary note certifying they are on the road because of either emergency or work reason.

Civil Protection chief Angelo Borrelli confirmed on Wednesday pedestrians will also be required to present the auto certification note if stopped by the Police.

Prime Minister Conte ordered all bar non-essential shops like pharmacies and supermarkets to shut down, and said factories will only be allowed to stay open if the necessary health and safety measures are in place to protect employees. 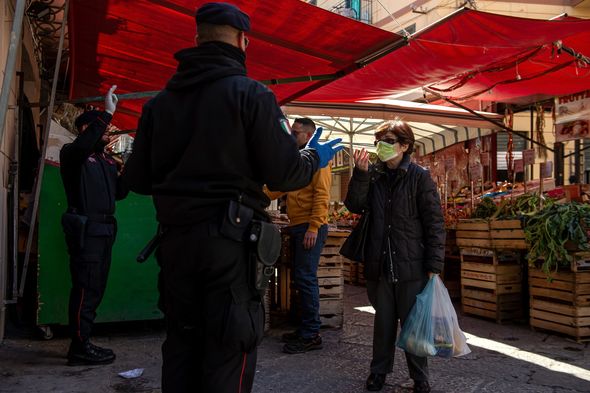 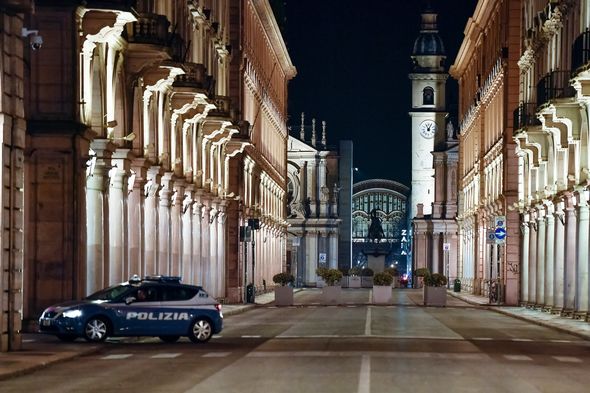 Italy has found itself increasingly sealed off as other countries sought to keep infections contained.

Malta and Spain announced a ban on air traffic from Italy, while British Airways and Air Canada suspended all Italy flights.

Britain, Ireland, Hong Kong and Germany strengthened travel advisories and urged their citizens to leave and even the Vatican erected a new barricade at the edge of St Peter’s Square.

“Get out of northern Italy if you’re there,” said Erik Broegger Rasmussen, head of consular services for Denmark’s foreign ministry.

Coronavirus Ireland map: The regions in Ireland struck down by virus [MAP]
Coronavirus budget: Sick notes to be available by calling 111 [REVEALED]
Coronavirus flights: The most dangerous seats on board [SHOCK] 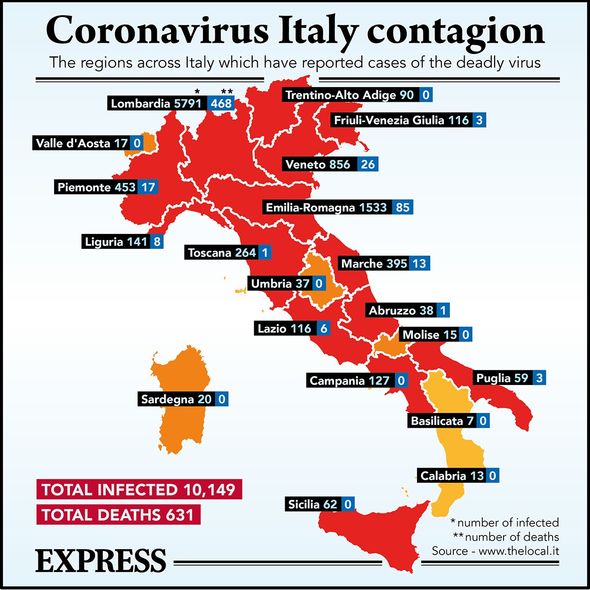 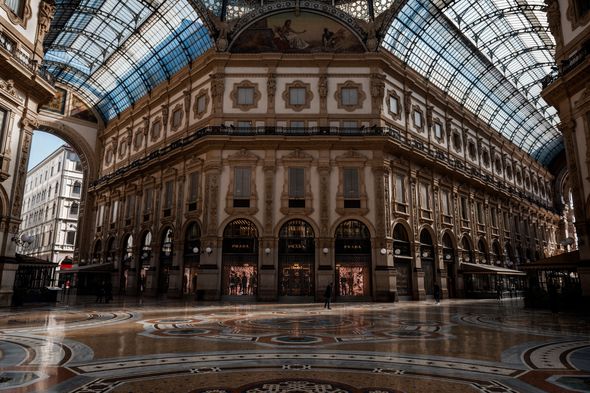 Top doctors in Italy have said intensive care wards should place an age limit on beds as a way of prioritising medical resources.

Guidance for the worst-case scenario published by the Society of Anesthesia, Analgesia, Resuscitation and Intensive Care (SAARI)suggested that rather than admit patients on a “first come first served” basis, hospitals should swap to “catastrophe medicine” guidelines.

The guidelines mean those with the greatest chance of survival are given priority.

The measures the SAARI outlined are typically used in war zones and during natural disasters.

If a limit on beds is implemented it could mean elderly patients with no signs of coronavirus being turfed off ICU wards to make space for younger patients who have longer left to live.

The warning came hours after the World Health Organisation (WHO) declared COVID-19 a pandemic.