The World Health Organisation has launched an international drug trial to find the best treatment for the coronavirus.

The SOLIDARITY trial will take place in more than 10 countries around the world, with hospitals in each country able to treat patients with one of the four drugs.

Participating hospitals can then report their patient’s progress directly to the WHO.

Dr Ghebreyesus said the trial is designed to provide “simplified procedures to enable even hospitals that have been overloaded to participate.”

He added: “This large, international study is designed to generate the robust data we need to show which treatments are the most effective.”

Among the four drugs chosen by the WHO for further investigation are a drug developed to treat ebola, an antimalarial, and two HIV drugs.

Here’s what we know about the four drugs being tested. 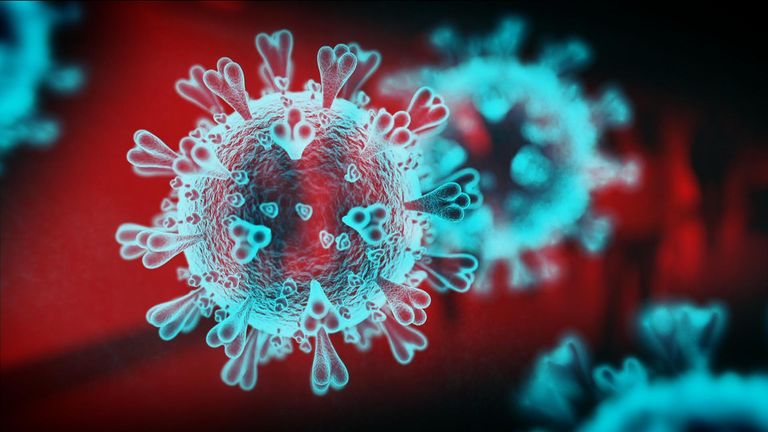 Remdesivir is an antiviral drug that was originally developed to tackle ebola.

It proved ineffective against that disease – but in 2017, researchers at the University of North Carolina in Chapel Hill found that the drug could inhibit the coronaviruses that cause SARS and MERS.

Scientists are therefore hopeful that it could also inhibit the new coronavirus that causes COVID-19.

Remdesivir works by targeting the enzyme that the coronavirus uses to replicate itself, as the virus cannot spread once this enzyme is disabled.

Evidence from COVID-19 patients who have used the drug suggests it does help some people, and clinical trials are already under way in China and the US.

But the SOLIDARITY trial will allow more data on its potential effectiveness to be gathered in countries around the world.

Chloroquine and hydroxychloroquine are antimalarial drugs that have been used for decades.

Hydroxychloroquine is a derivative of chloroquine and has the advantage of being less poisonous at high doses than the original drug.

Like remdesivir, both drugs have been found to be effective on the coronavirus that causes SARS, where they work by preventing the virus from entering cells and replicating.

Research by a group of virologists at the Chinese Academy of Sciences, and published in the Nature journal, found that chloroquine successfully stopped the spread of the new coronavirus in human cells in the laboratory.

Tests on COVID-19 patients have already taken place in hospitals in France and China, but trials have been small or have not published all their data.

More tests are therefore needed in order to work out if the drug really is effective.

A combination of ritonavir and lopinavir

Ritonavir and lopinavir are two antiviral drugs which are combined to produce the HIV drug kaletra.

Lopinavir works by inhibiting an important HIV enzyme, but is broken down quickly in the body and so is combined with ritonavir to help it last longer.

The drug can also work to inhibit the enzymes of coronaviruses and has had some success in in combating the coronavirus that causes MERS.

A small trial of the drug has already been carried out in China with little success.

However, in that trial, it was only used on seriously ill patients and therefore the drug could still be effective if it was administered sooner after diagnosis.

A combination of lopinavir and ritonavir plus interferon beta

The SOLIDARITY trial will also look at whether the HIV drugs can be improved by the addition of interferon-beta, a molecule involved in regulating inflammation in the body.

The additional drug has been used in combination with lopinavir and ritonavir to treat monkeys who have been infected with MERS.

The combination of the three drugs is already being tested on MERS patients in Saudi Arabia, but its impact on COVID-19 patients is not yet known.

Why these four drugs?

Sky’s science correspondent Thomas Moore said: “These are all drugs that are already in use for other medical conditions, so they’re known to be safe in humans and it will speed up the clinical trials.

“The big question is whether these drugs are worth using even when patients are so sick that they have been admitted to hospital.

“Generally speaking, antiviral treatments are most effective when used within the first couple of days of developing symptoms, so it could be that in future that one or more of these treatments are handed out to patients much earlier in the disease, while they are self-isolating.

“That might reduce the number needing hospital treatment in the first place.”