And prices for gasoline have also rocketed to their highest in seven years amid uncertainty about when normal service will be resumed. Last week’s ransomware attack halted 2.5 million barrels per day of fuel shipments in what has already been acknowledged to be the most disruptive cyberattack on US energy infrastructure in history.

The privately-owned pipeline stretches 5,500 miles (8,850 km) from US Gulf Coast oil refineries to consumers in Mid-Atlantic and Southeast states, running from Texas to New York.

Operators have manually opened portions of the line to release needed supplies in Georgia, Maryland, New Jersey and the Carolinas.

The company said it had accepted 2 million barrels of fuel to begin a restart that would “substantially” restore operation by week’s end, the company said.

The so-called supply crunch, amid panic buying by motorists, has brought long lines and high prices at gas stations ahead of the Memorial Day holiday weekend at the end of the month, which marks the start of the peak summer driving season. 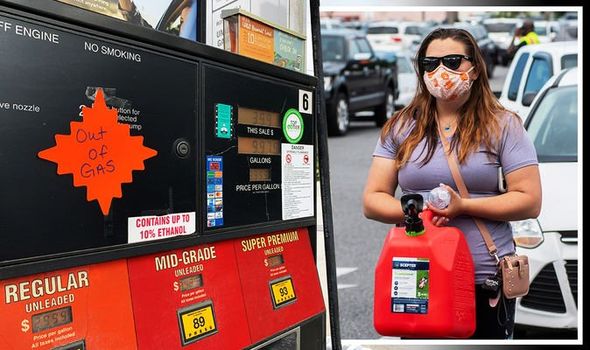 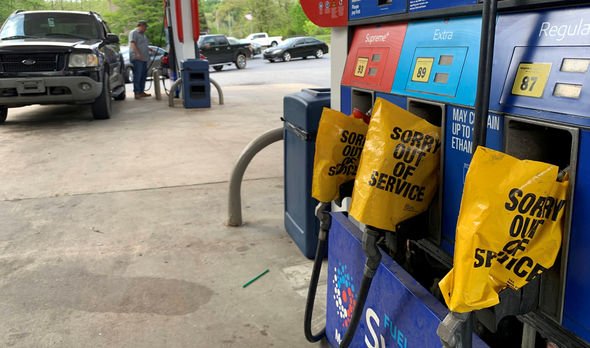 Gas stations from Florida to Virginia began running dry and prices at the pump rose yesterday, as the shutdown extended into a fifth day.

Almost one-third of gas stations in metro Atlanta and in Raleigh and Charlotte, North Carolina, were without fuel, tracking firm GasBuddy confirmed.

The average price for regular gasoline rose to $2.99 a gallon, the highest since 2014.

Charles Staples, a 31-year-old banker, having circling rows of shut fuel pumps in his Volvo at an Atlanta station, said: “This place is dead closed.

JUST IN: British expats being REFUSED coronavirus jabs in Spain 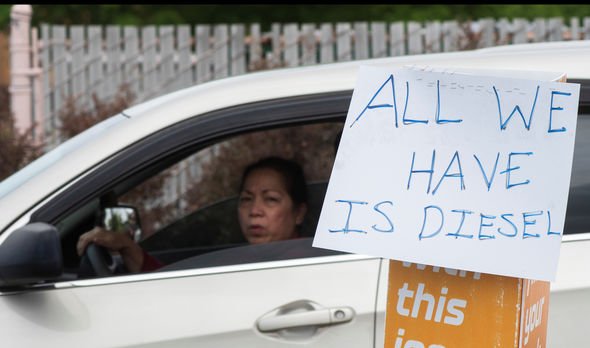 “I heard about the thing, but I just thought they’d be long lines or something.”

In Raleigh, North Carolina, the last few stores with gas were those along major roads, said Todd Sloan, a general contractor.

He added: “Those that have fuel have very long lines.” 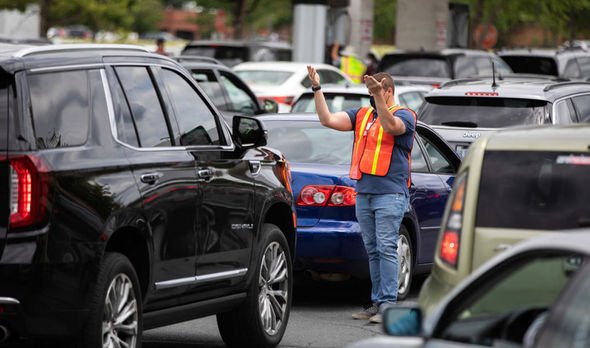 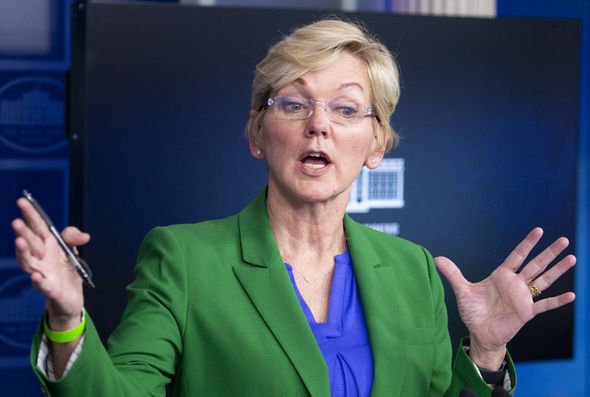 Gas stations from Florida to Virginia began running dry and prices at the pump rose on Tuesday, as the shutdown of the biggest US fuel pipeline by hackers extended into a fifth day and sparked panic buying by motorists.

The FBI has accused a shadowy criminal gang called DarkSide of the ransomware attack. DarkSide is believed to be based in Russia or Eastern Europe.

Russia’s Embassy in the United States yesterday rejected speculation that Moscow was behind the attack.

President Joe Biden on Monday said there was no evidence so far that Russia was responsible – although he did suggest the hackers were based in the country. 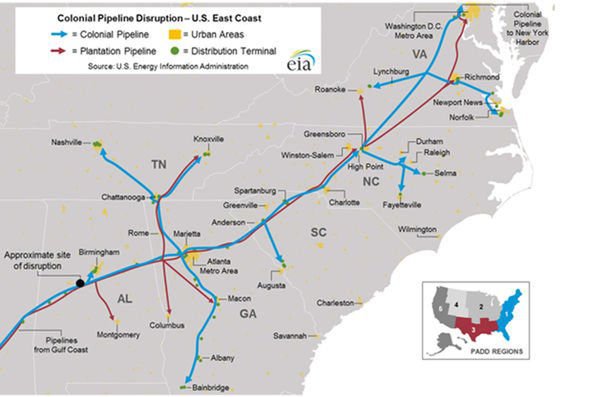 No details about how much money the hackers are seeking have yet emerged, and Colonial has not commented on whether it would pay in any case.

US Energy Secretary Jennifer Granholm told reporters at the White House: “We are asking people not to hoard. Things will be back to normal soon.”

Brandon Wales, acting director of the Cybersecurity and Infrastructure Security Agency (CISA), addressed a Senate hearing yesterday about the SolarWinds hack that came to light in December and hit companies and government agencies.

He warned: “Cyber attacks on our nation’s infrastructure are growing more sophisticated, frequent and aggressive.” 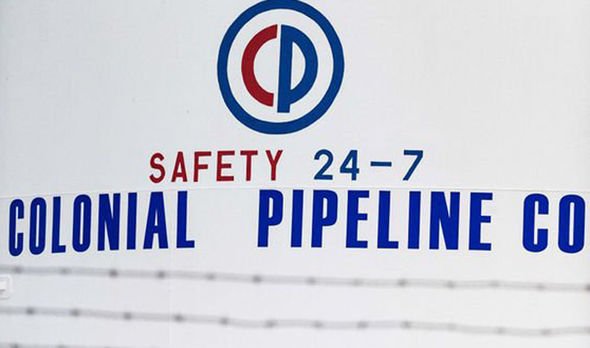 Gulf Coast refiners which rely on the Colonial pipeline to move fuel to market have cut processing.

Total SE scaled back gasoline production at its Port Arthur, Texas, refinery, and Citgo Petroleum pared back at its Lake Charles, Louisiana, plant.

Citgo said it is moving products from its Lake Charles refinery and “exploring alternate supply methods into other impacted markets.”

Marathon Petroleum, another large refiner, said it is “making adjustments” to its operations due to the pipeline shutdown.