Police who found missing Cleo Smith in a locked house in Australia say they were “shocked” and then “elated” when the four-year-old confirmed: “My name is Cleo.”

Detective Sergeant Cameron Blaine told reporters they were not prepared for such a happy outcome despite “always” hoping for it.

“It was absolutely fantastic. To see her sitting there was incredible,” he said.

The child disappeared from a campsite in Western Australia more than two weeks ago.

A 36-year-old local man was arrested following a late-night raid at the house in the coastal town of Carnarvon, after police received a tip-off. 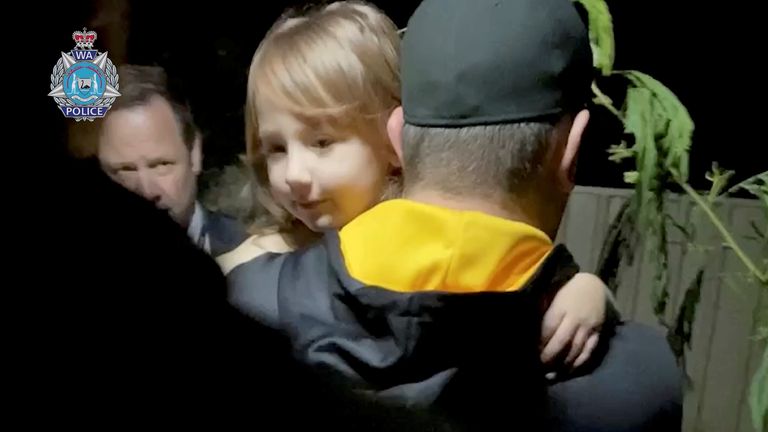 While one of the other officers picked Cleo up, Detective Blaine said he was concerned to make sure it really was her.

“I said: ‘What is your name?’ She didn’t answer, I asked again and she didn’t answer. I asked a third time and then she looked at me and said: ‘My name is Cleo.’ And that was it. Then we turned around and walked out of the house.”

“We all cried,” he said. “Most definitely. It was an amazing moment. Suddenly after hearing that, we were on such a high. It was fantastic.”

Detective Sergeant Hutchinson, the family liaison officer, then called Cleo’s parents, telling them: “We’ve got someone here that wants to speak to you.”

Their reaction was “just absolute surprise and they were ecstatic”, the officer added.

“Things developed very quickly. To be able to give them that news and say ‘please start making your way to the hospital’ was fantastic.” 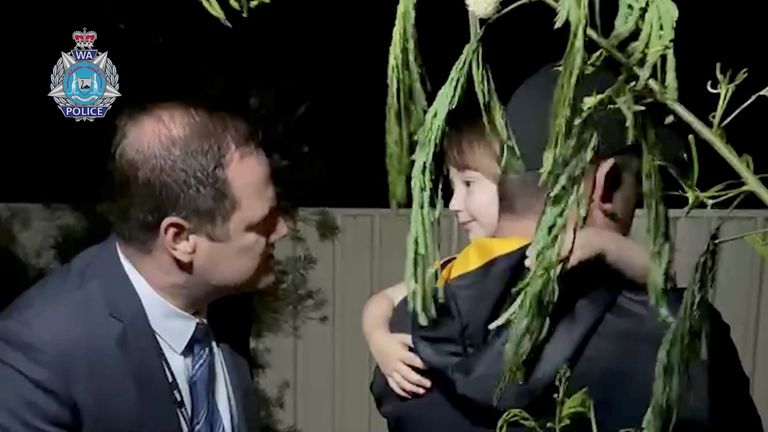 Detective Blaine said Cleo is “physically okay – that was evident from the start”.

Finding her caused “shock to start with, quickly followed by elation”.

He added: “Can I say, having seen her a couple times this morning, she is a little energizer bunny.

“She’s just a very, very sweet, energetic girl, very trusting and very open with us. You know, we all wanted to take turns in holding her. So yeah, it was a really good experience.” 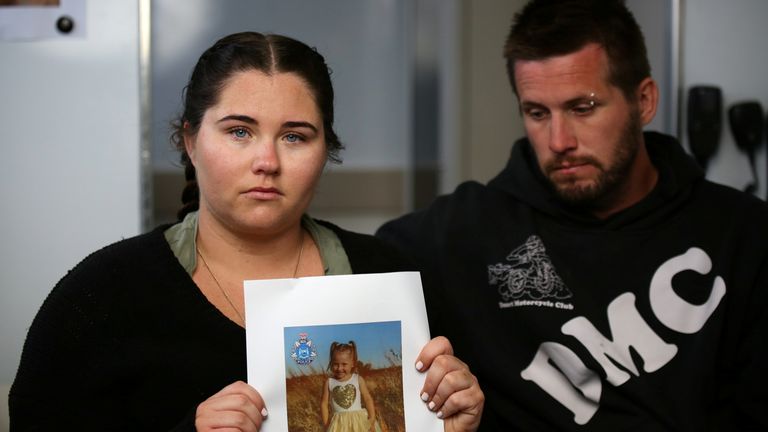 Initially when Cleo went missing a huge land and sea search got under way on the assumption that she had wandered away from the tent she was in.

But the zipper on the compartment where she and her sister were sleeping was too high for her to have reached it.

Prime Minister Scott Morrison said her discovery was a “huge relief” and a “moment for great joy”.

He added: “It is a really special day for Western Australia. Indeed, I know the nation is rejoicing over the fact that we have been able to conduct this operation and we never gave up hope, and I know that Cleo’s parents never gave up hope.”