China has pledged to retaliate against the US following an unprecedented move from the US Secretary of State Mike Pompeo. This week, Mr Pompeo became the first Secretary of State in US history to congratulate a Taiwanese president on an election victory. China’s foreign ministry on Wednesday said the remarks had done serious damage to US-Chinese relations.

A spokesman added: “China urges the US side to immediately correct its mistake.

“The Chinese side will take necessary countermeasures to respond to the above-mentioned erroneous actions by the US side.

“And the US side should bear the consequences arising therefrom.” 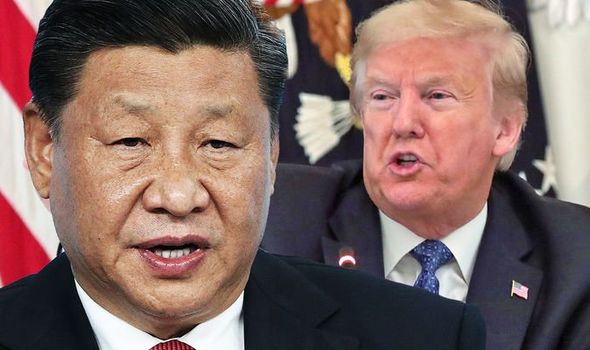 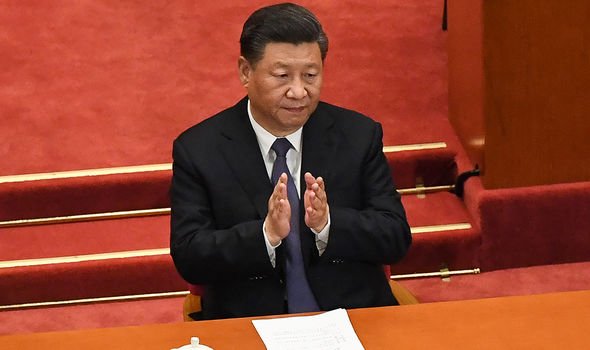 He warned that the Taiwan “road leads to death” and that “any damage to China’s core interests will be vigorously countered”.

President Tsai Ing-Wen was inaugurated this week, and has since called for stable relations with China.

However, she added she would not let China “downgrade Taiwan and undermine the cross-strait status quo”.

Dr Tsai Ing-Wen’s landslide victory in January was seen as a rebuke of Beijing’s ongoing campaign to isolate the island. 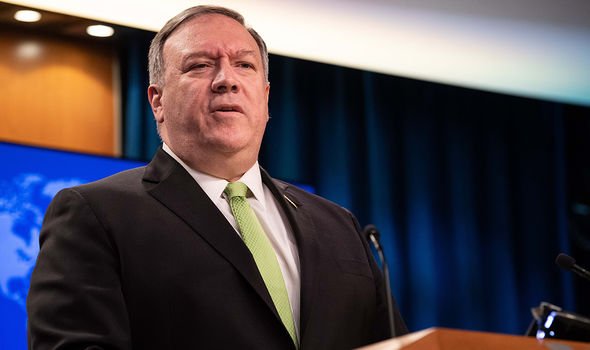 During a press conference on Wednesday, Mr Pompeo said: “Her re-election by a huge margin shows that she has earned the respect, admiration, and trust of the people on Taiwan.

“Her courage and vision in leading Taiwan’s vibrant democracy is an inspiration to the region and the world.

“I am confident that, with President Tsai at the helm, our partnership with Taiwan will continue to flourish.” 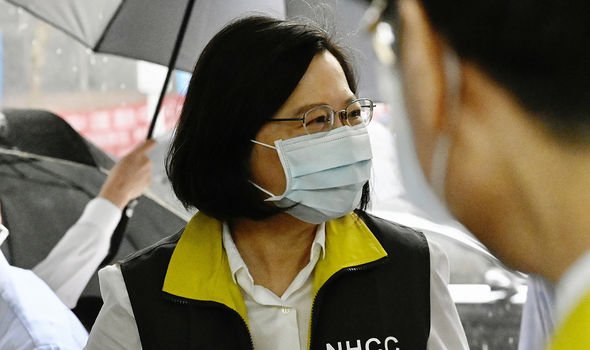 Mr Pompeo’s claims comes amid tensions between Washington and Beijing over trade and allegations of Beijing’s mishandling of the coronavirus pandemic.

These tensions escalated further today after China’s Foreign Ministry lodged a complaint with the United States to complain about a planned sale of advanced torpedoes to Taiwan.

He said the Trump administration fully backs the Australian government’s push for an independent investigation into the origins of the coronavirus.

He said: “The Chinese Communist Party chose to threaten Australia with economic retribution for the simple act of asking for an independent inquiry into the origins of the virus.”