A new map has been released showing the predicted area where the core of the rocket will land as being somewhere between latitudes 41.5 degrees north and 41.5 degrees south of the equator. The Chinese rocket did not have controlled re-entry factored into its mission trajectory. The main core segment of the Long March-5b rocket was used to launch the first module of China’s new space station last month.

The core segment weighs over 18 tonnes.

When the core re-enters the earth’s atmosphere it will be the largest piece of debris in decades to have an uncontrolled dive into the atmosphere.

Scientists in the US are watching the path of the object.

There are currently no plans to shoot it down. 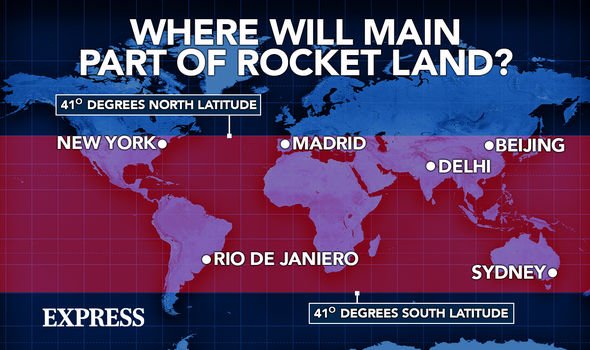 US Defense Secretary Lloyd Austin said: “We’re hopeful that it will land in a place where it won’t harm anyone.

Scientists have revealed that the re-entry will occur early Sunday morning, UK time.

This prediction is still uncertain and could be out by approximately 8 hours. 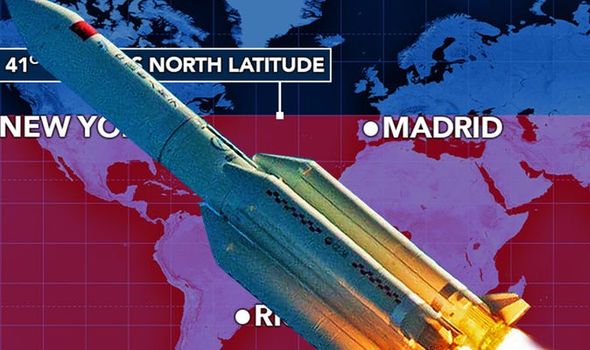 The Chinese Long March-5b core stage has been losing height in the earth’s atmosphere and will begin breaking into many parts due to friction and drag from falling at high speed.

In May 2020 a Long March rocket has an uncontrolled re-entry and broke up in the atmosphere over Africa.

Parts of the rocket fell on villages in Ivory Coast.

One piece of fuel piping crashed through the roof of someone’s house in Ivory Coast.

The chances of being struck by a piece of falling debris are very low.

However, all other space agencies commit to controlled re-entry of space debris.

China has been urged to begin factoring in controlled re-entry into its future flights.

Because most of the earth’s surface is covered in water, the debris is expected to land in the ocean.