During the regular Chinese Foreign Ministry press conference, spokesman Zhao Lijian said that China’s “construction activities on its own territory are entirely within its sovereignty and have nothing to do with militarization.” The US Commerce Department imposed sanctions on 24 state-owned companies claiming that Beijing had been “rapidly building artificial islands” since 2013.

These islands, US officials claim, enable China’s ruling Communist Party (CCP) to militarize disputed outposts in the South China Sea to undermine the sovereign rights of American partners in the region.

China has already established military outposts on the Paracel Islands and the Spratly islands – two disputed archipelagos in the region.

US Commerce Secretary Wilbur Ross, said: The United States, China’s neighbours, and the international community have rebuked the CCP’s sovereignty claims to the South China Sea and have condemned the building of artificial islands for the Chinese military.

“The entities designated today have played a significant role in China’s provocative construction of these artificial islands and must be held accountable.” 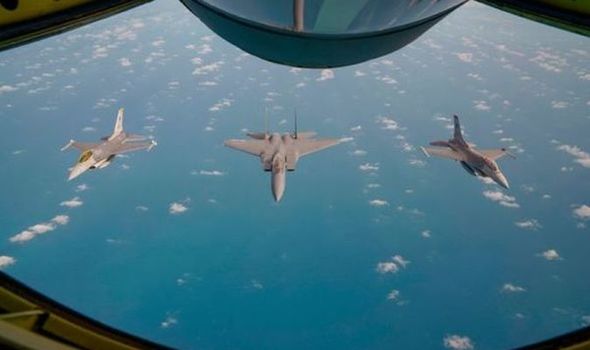 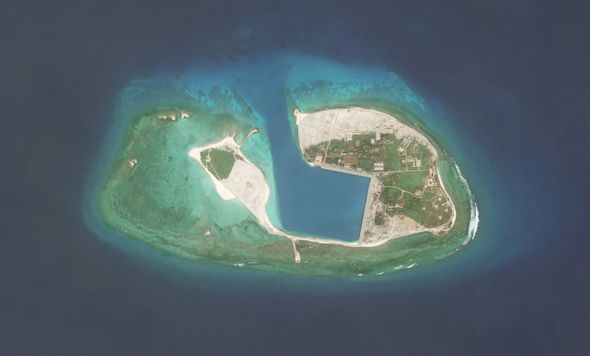 US Secretary of State Mike Pompeo also added that the US would impose visa restrictions on Chinese individuals “responsible for, or complicit in, either the large-scale reclamation, construction, or militarization of disputed outposts in the South China Sea.”

It comes after US Defence Secretary Mark Esper said that China seems to be flexing its muscles the most in Southeast Asia especially in the South China Sea, where Washington is trying to counter Beijing’s disputed territorial claims.

Esper told an event in Hawaii that the United States wanted to work with China to bring Beijing back to a trajectory of aligning with international rules, adding that the smaller the country China was dealing with, the heavier its hand was.

US officials claim that Beijing has dredged and constructed more than 3,000 acres across seven features in the South China Sea, which include air defence and anti-ship missile features since 2013. 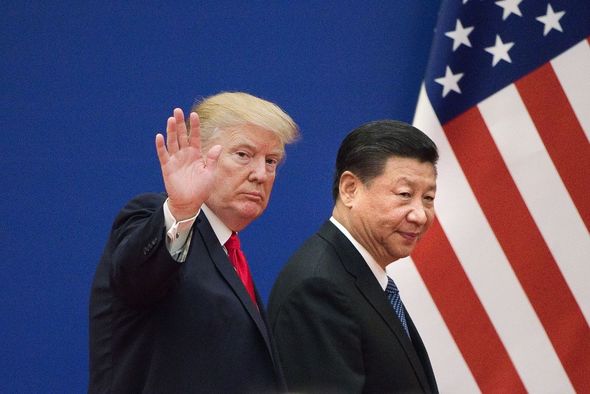 This is the first time the US government has taken punitive action against Chinese entities over the South China Sea plunging relations at one of their lowest points.

But speaking today, Zhao Lijian, Chinese Foreign Ministry spokesman stressed that it’s construction activities on its own territory “are entirely within its sovereignty and have nothing to do with militarization.”

Mr Lijjan, added: “The participation of Chinese companies and individuals in domestic construction activities is legitimate, lawful and beyond reproach.

It is unjustified for the US to impose sanctions on Chinese companies and individuals for their involvement in relevant construction activities in their own country. 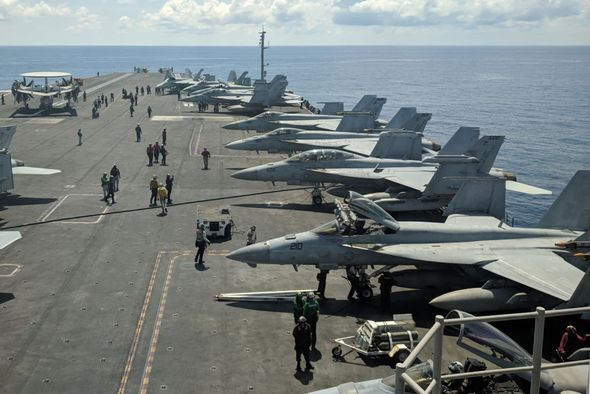 “The move by the US side grossly interferes in China’s internal affairs and violates international law and basic norms governing international relations.

“It is hegemonistic logic and power politics that are at play here. China is firmly opposed to this.

“We urge the US to correct its mistake and immediately stop meddling in China’s internal affairs.

The US and China have been at loggerheads over everything from trade to human rights.

The US has also struck out at China over Beijing’s efforts to exert greater control over Hong Kong and the lack of action for controlling the Coronavirus pandemic.