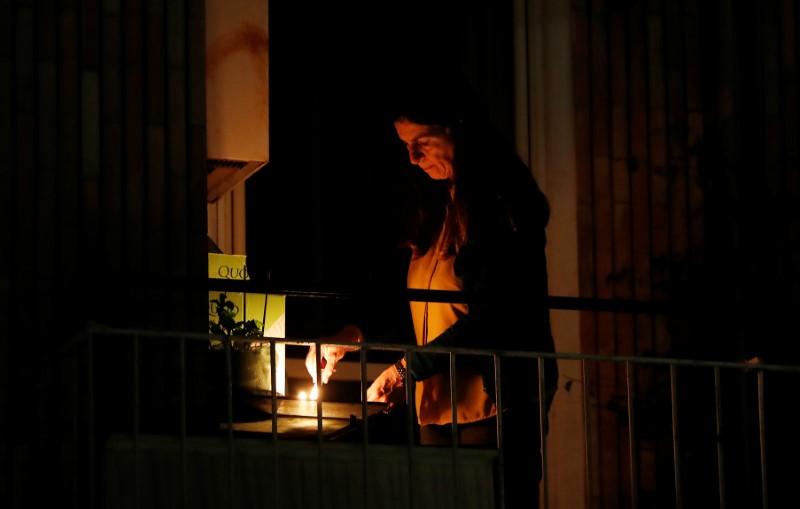 VATICAN CITY (Reuters) – Catholics around the world joined Pope Francis in praying the rosary on Thursday night to ask God to end the coronavirus pandemic, which has killed more people in Italy than anywhere else.

Italy’s bishops asked the country’s Catholics to say the rosary in their homes starting at 9 p.m. and to put a lighted candle in their windows in a sign of national unity.

The initiative spread on social media after it was announced earlier this week and many Catholics around the world joined in.

Francis, who is secluded in the Vatican and holding his general audiences over the internet instead of before crowds in St. Peter’s Square, broadcast a video message over television as the praying began.

“In this unprecedented situation, when everything seems to be vacillating, let us help each other remain steady in what really matters,” he said.

Italy’s death toll from the coronavirus overtook that of China, where the virus first emerged, as hospitals said they were being overwhelmed and the government prepared to prolong emergency lockdown measures.

A total of 427 deaths were registered in Italy over the past 24 hours, bringing the nationwide tally to 3,405 since the outbreak surfaced on Feb. 21. China has recorded 3,245 deaths since early January.

Last Sunday, Francis ventured into a deserted Rome to pray at two shrines for the end of the coronavirus outbreak.

The Vatican has said his Easter services will be held without the public for the first time.