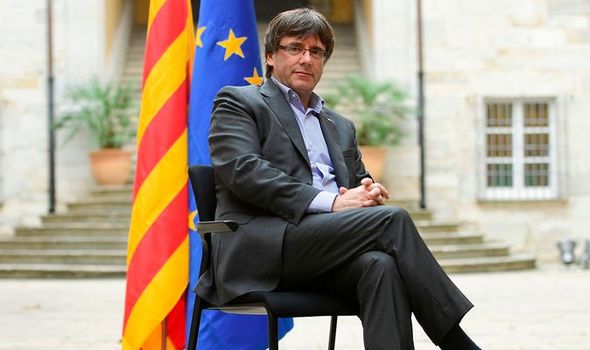 The former President of the Catalan Government, and current MEP of Spain, has been a fugitive from Madrid since autumn 2017. His arrest took place by virtue of the international search and arrest order issued by the Supreme Court judge Pablo Llarena, instructor of the ‘procés’ cause.

Mr Puigdemont has lived in Waterloo, Belgium for four years since leaving Spain.

In 2017 as President, he approved laws for permitting an independence referendum and the juridical transition and foundation of a Republic.

A total 43 percent of Catalan citizens voted in the referendum, 92 percent of them supporting independence.

He had planned to L’Alguer (Sardinia) in the Aplec Internacional Adifolk, an event sponsored by an association for the promotion of Catalan folklore.