Australian cricket captain Tim Paine has stepped down – less than a month before the start of the Ashes – after admitting he sent explicit messages to a female co-worker in 2017.

Paine, 36, had been expected to lead his side in the series against England, which starts in Brisbane on 8 December, but said he had made the “incredibly difficult decision” to stand down from the men’s team.

Appearing at a press conference in Hobart, he said: “As a background on my decision, nearly four years ago I was involved in a text exchange with a then colleague. 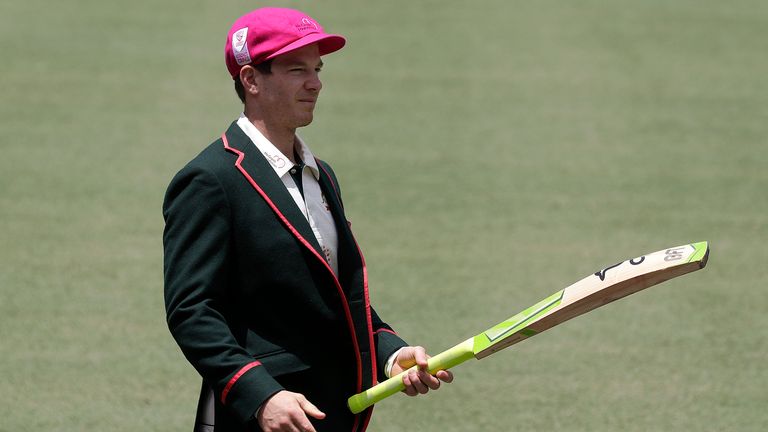 “At the time, the exchange was the subject of a thorough CA (Cricket Australia) Integrity Unit investigation throughout which I fully participated and openly participated in.

“That investigation and a Cricket Tasmania HR investigation at the same time found that there had been no breach of the Cricket Australia code of conduct.

“Although exonerated, I deeply regretted this incident at the time and still do today.”

The wicketkeeper-batsman, who married his singer wife Bonnie Paine just a year before the text exchange took place, did not speak about the nature of the messages in his resignation speech, but Cricket Australia’s news website referred to it as “revelations of a sexting incident involving a former Cricket Tasmania employee”.

Cricket Australia has said it accepts the resignation and will appoint a new captain. Current vice-captain and paceman Pat Cummins is the most likely choice of replacement.