LISBON (Reuters) – The plight of elderly residents in a care home in northern Portugal has prompted the government to send in the army to avert what desperate staff fear could be a disaster in the making. 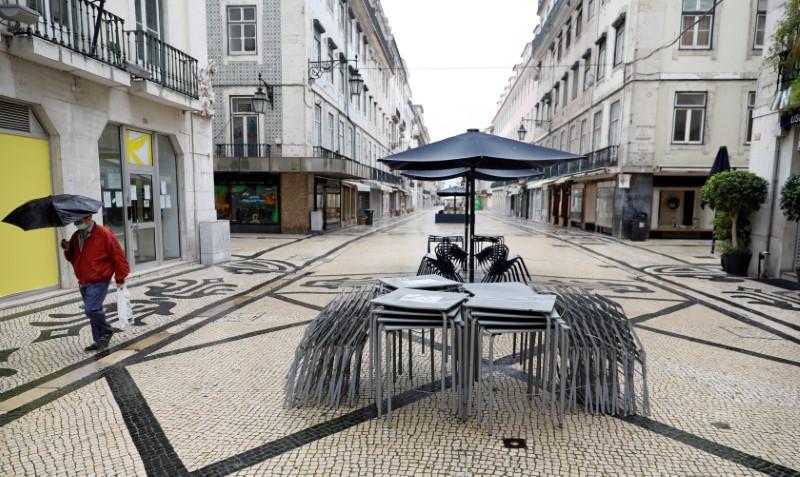 “We want help. We want to test people,” one worker at the Nossa Senhora das Dores care home in Vila Real shouted from the window on Tuesday.

Most of the residents had tested positive for the virus and others are awaiting results. As soon as everyone is evacuated, soldiers will disinfect the facility, Santos said.

Workers fear a situation similar to that in neighboring Spain, where soldiers sent to disinfect nursing homes found elderly people dead in their beds.

“Our homes were underresourced and understaffed before all this happened,” Rui Fontes, president of an association training care home workers, told Reuters. “I bet you we’ll find bodies in homes soon ourselves as well.”

Portugal has reported 4,268 confirmed cases of the virus so far, with 76 deaths. At least eight care homes across the country have already seen many residents and workers affected and several deaths, mainly in the north.

The local government in Porto said on Thursday all care home residents and staff in the city will get tested as part of a “mega operation” to fight the disease.

The government also announced the creation of a task force to contain the outbreak in care homes.

Visits to homes were banned nationwide after Portugal declared a state of emergency on March 18 and health authorities urged homes to come up with their own contingency plans.

Uniao de Misericordias, which manages hundreds of private nursing homes across the country, has divided its workers into two teams each of which move into the home for 15 days at a time to reduce risk of contagion from their trips to work, its president Manuel Lemos said.

“The measures are worth what they are worth but I think we are controlling the situation,” he said.

But people on the ground worry measures will not be enough to stop the outbreak in care homes from growing.

Susana Amor, the owner of the Mother’s House care home in Lisbon’s outskirts, said her workers are “terrified” of what could happen next.

“If someone gets infected it would create a domino effect,” Amor said. “I don’t know where this will end.”