Canada will not have a team at the Olympics in Tokyo this summer unless the Games are postponed because of concerns over the coronavirus outbreak.

“While we recognise the inherent complexities around a postponement, nothing is more important than the health and safety of our athletes and the world community,” the statement said.

“This is not solely about athlete health – it is about public health. With COVID-19 and the associated risks, it is not safe for our athletes, and the health and safety of their families and the broader Canadian community for athletes to continue training towards these Games.”

Canada joins a number of countries – including Norway, Brazil and Slovenia – that have pressed the International Olympic Committee (IOC) on a possible postponement.

But none had said they would not go if the 2020 Games start as scheduled on 24 July. 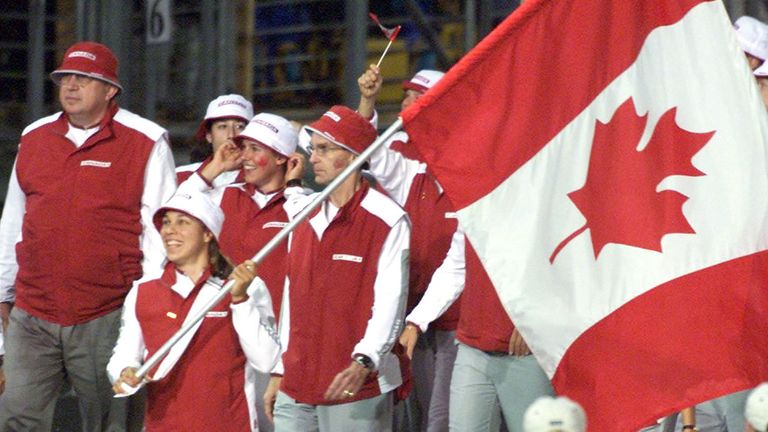 On Sunday, the IOC announced that it is considering the possibility of postponing the Tokyo Olympics but said cancelling the event would not solve problems or help anybody.

“The IOC will, in full coordination and partnership with the Tokyo 2020 organising committee, the Japanese authorities and the Tokyo metropolitan government, start detailed discussions to complete its assessment of the rapid development of the worldwide health situation and its impact on the Olympic Games, including the scenario of postponement,” it said in a statement.

A final decision will be made over the next four weeks.

Japanese Prime Minister Shinzo Abe responded to the IOC’s statement by telling his parliament on Monday that postponing the Olympics may become an option if holding the Games in its “complete form” became impossible.

The IOC’s announcement has been welcomed by sports governing bodies and institutions around the world but the time frame for any decisions is still likely to affect athletes’ training schedules.

Teams and individual competitors have been severely hampered by sporting shutdowns and social distancing measures and the situation could get worse.

Britain’s 200 metres world champion Dina Asher-Smith tweeted: “So wait… does this mean that athletes face up to another FOUR weeks of finding ways to fit in training – whilst potentially putting ourselves, coaches, support staff and loved ones at risk just to find out they were going to be postponed anyway!!”

The British Olympic Association has urged the IOC to act quickly and decisively.

Chairman Sir Hugh Robertson said: “We welcome the IOC executive board decision to review the options in respect of a postponement of the Tokyo 2020 Olympic Games.

“However, we urge rapid decision-making for the sake of athletes who still face significant uncertainty.”

Dame Katherine Grainger, chair of UK Sport, believes the IOC is correct to consider a delay.

“Given the circumstances, today’s news that the IOC are looking at options to postpone the Tokyo 2020 Olympics was inevitable, and the correct decision for the safety of athletes, staff and fans,” she said.

World Athletics said it would “work with the IOC and all sport on an alternative date” and the International Paralympic Committee said it would “support the IOC every step of the way”.

More than 13,000 people have died globally since the coronavirus outbreak began.

As of Sunday morning, Japan had 37 deaths and 1,055 coronavirus cases, excluding those from a cruise ship that was quarantined near Tokyo last month and returnees on chartered flights from China.