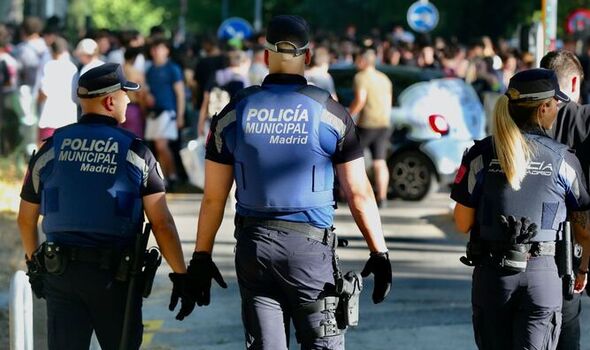 Spanish police investigators working with the Immigration Office of Santa Cruz de Tenerife have uncovered the possible existence of fraud in applications from Britons wishing to stay in the country after the UK left the EU bloc. The investigation has discovered at least four residency application requests using false documents. The documents were used to claim that the residents’ registration at local town halls (padrón) was done before Brexit came into effect.

Those who wanted to stay in Spain after Brexit could be protected in doing so by the Withdrawal Agreement (WA).

However, they needed to prove they were living in Spain before the end of 2020.

This could be done through documents such as a padrón certificate, proving they had registered with their local town hall, or private medical insurance.

The Britons being investigated are based in the southern part of the Canary Island of Tenerife.

One of them has already been arrested.

The investigation is ongoing, and future arrests have not been ruled out.

Being protected under the WA makes residency application simpler and grants more rights for Brits, than applying as non-EU nationals.

It allows Britons to bypass having to prove they have a large amount of savings.

They are also able to apply for jobs in the same way as EU nationals, alongside many other advantages.

UK Nationals have been warned about the risks of trying to use fraudulent residency applications, however.

In November 2021 the UK Embassy put out a warning against it, including if they used a third party.

The embassy wrote on their Facebook page: “They are particularly on the alert for forged healthcare insurance, padrón certificates and lease contracts, as well as people falsely claiming student status.”

Gestores operate similarly to lawyers, helping Britons navigate the administrative bureaucracy of Spain – but fraudulent ones may target non-EU citizens to offer false help with their residence applications.

A failure to “regularise” their applications, such as by registering at the town hall or immigration office, are the main reasons why UK nationals have had their residency applications rejected, reports EU paper TheLocal.

They are also commonly rejected for Britons being unable to prove they were living in the country before the UK left the EU.