And Leigh Evans, editor-in-chief with Facts4EU, has urged critics – not least those in the National Farmers’ Union (NFU) – to reflect on the overt “hostility” of the EU towards the UK when considering the benefits of strengthened trade links with third countries. And he furthermore urged Prime Minister Boris Johnson to play hardball by cutting the proposed 15-year period during over which a deal would be phased in to just seven.

The figures, culled from the Office for National Statistics, indicate that Australia could increase its sales to the UK by ten and still only export one-seventh the amount of goods coming from the EU27.

In terms of agricultural products, the UK currently imports just 0.8 percent from Australia, with countries from within the bloc the dominant suppliers by some distance. 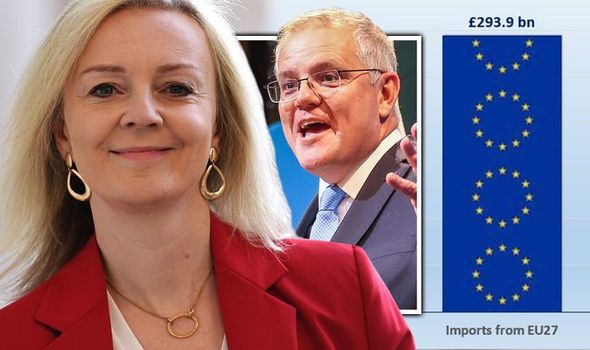 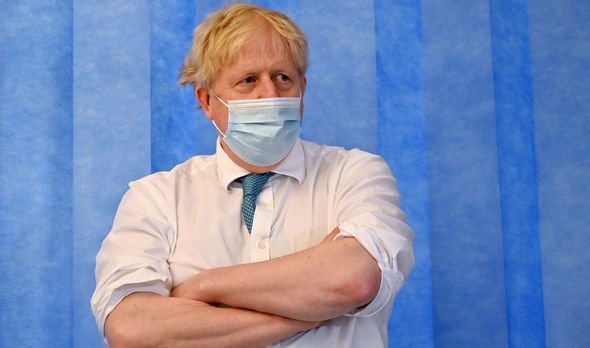 Facts4EU’s analysis also considers the enormous subsidies which EU farmers currently receive in line with the Common Agricultural Policy (CAP), which will amount to an eye-watering £327billion during the course of the seven-year period up until 2027, according to Eurostat.

By contrast, Australia’s farming industry had its subsidies removed years ago.

Mr Evans said: “It seems that unreformed Remainers in organisations such as the NFU are still fighting a rearguard action, with no thought to where the threats to the UK’s growth and prosperity really stem from. 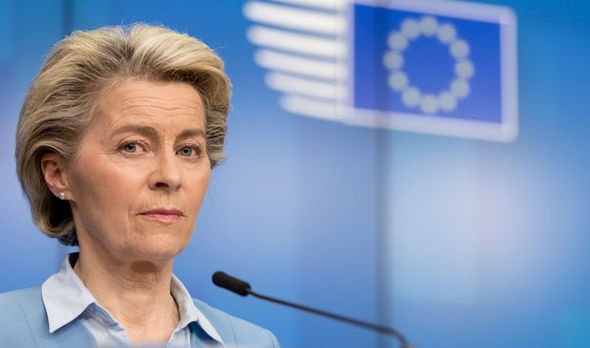 “It is currently rumoured that the Prime Minister favours a UK-Australia trade deal which will be phased in over 15 years, to appease the highly vocal farm lobby.

“We urge the British Government to get this deal done and to phase in the farming element over only seven years.

“We are quite certain that support can be put in place for any parts of the farming sector which require it. As our friends Down Under might say: ‘She’ll be alright, mate.’” 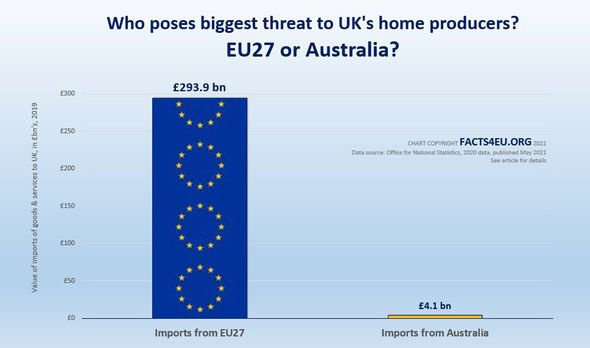 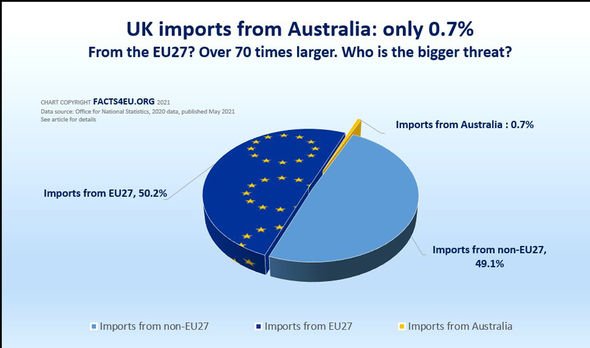 Mr Evans said Brussels’ “hostility” towards the UK “has been ably demonstrated by the EU’s treatment of UK exporters, imposing absurd checks, whereas the EU’s products continue to be waved through UK borders with minimal checking”.

He added: “The hostility stems in large part from the EU Commission who can never forgive the British people for voting to leave their empire.

“Unfortunately the continued actions of the EU Commission – and of several countries at their individual borders – has begun to alienate even those of the UK public who voted Remain.

“We very much hope that the citizens and businesses in EU27 countries will start to exert pressure on the Commission and on their governments to act reasonably. 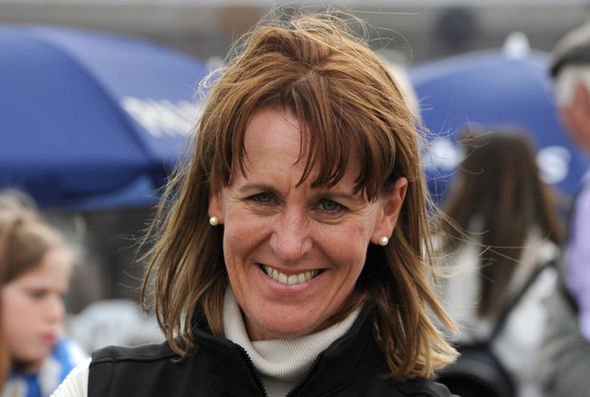 “If they don’t, we suspect that EU products will become less and less in demand in the UK, replaced by cheaper, high quality products from further afield.”

In response to an enquiry by Express.co.uk, NFU President Minette Batters said: “It is incredibly disappointing to hear news of the government’s trade strategy from sources other than the government themselves, especially when its reported plans will have such a massive impact on British farming.

“There remains a huge amount of unanswered questions about exactly how decisions regarding trade policy have been made, on what basis and how it will operate in the future. It’s crucial urgent answers are provided to these questions.

“It is also incredibly concerning that the government is in a ‘sprint’ to sign up to a trade deal with Australia that would have serious implications for British farming and would seemingly offer incredibly little benefit to the economy. 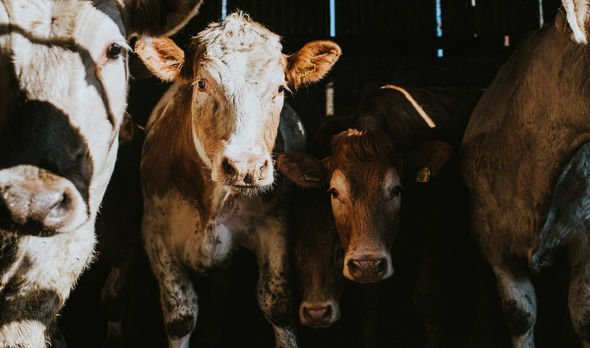 “We continue to maintain that a tariff-free trade deal with Australia will jeopardise our own farming industry and could cause the demise of many, many beef and sheep farms throughout the UK. This is true whether tariffs are dropped immediately or in 15 years’ time.”

She added: “The Prime Minister and his government have pledged to level up the country. Agreeing to a tariff-free trade deal with a major agricultural exporter, with no safeguards or review mechanisms, would do exactly the opposite of that commitment and set swathes of rural Britain backwards.

“It is vital that we have a thriving food production industry. We all saw the importance of this during the height of the pandemic; when government itself described farmers as key workers playing a vital role in delivering the nation’s food.

“We remain of the view that it is wholly irresponsible for government to sign a trade deal with no tariffs or quotas on sensitive products and which therefore undermines our own domestic economy and food production industry.”