SANTIAGO (Reuters) – One of three people confirmed to have the coronavirus in Bolivia was turned away from several hospitals, media reports and health officials said late on Wednesday, while candidates campaigning for forthcoming presidential elections suspended rallies to prevent the spread of the virus. 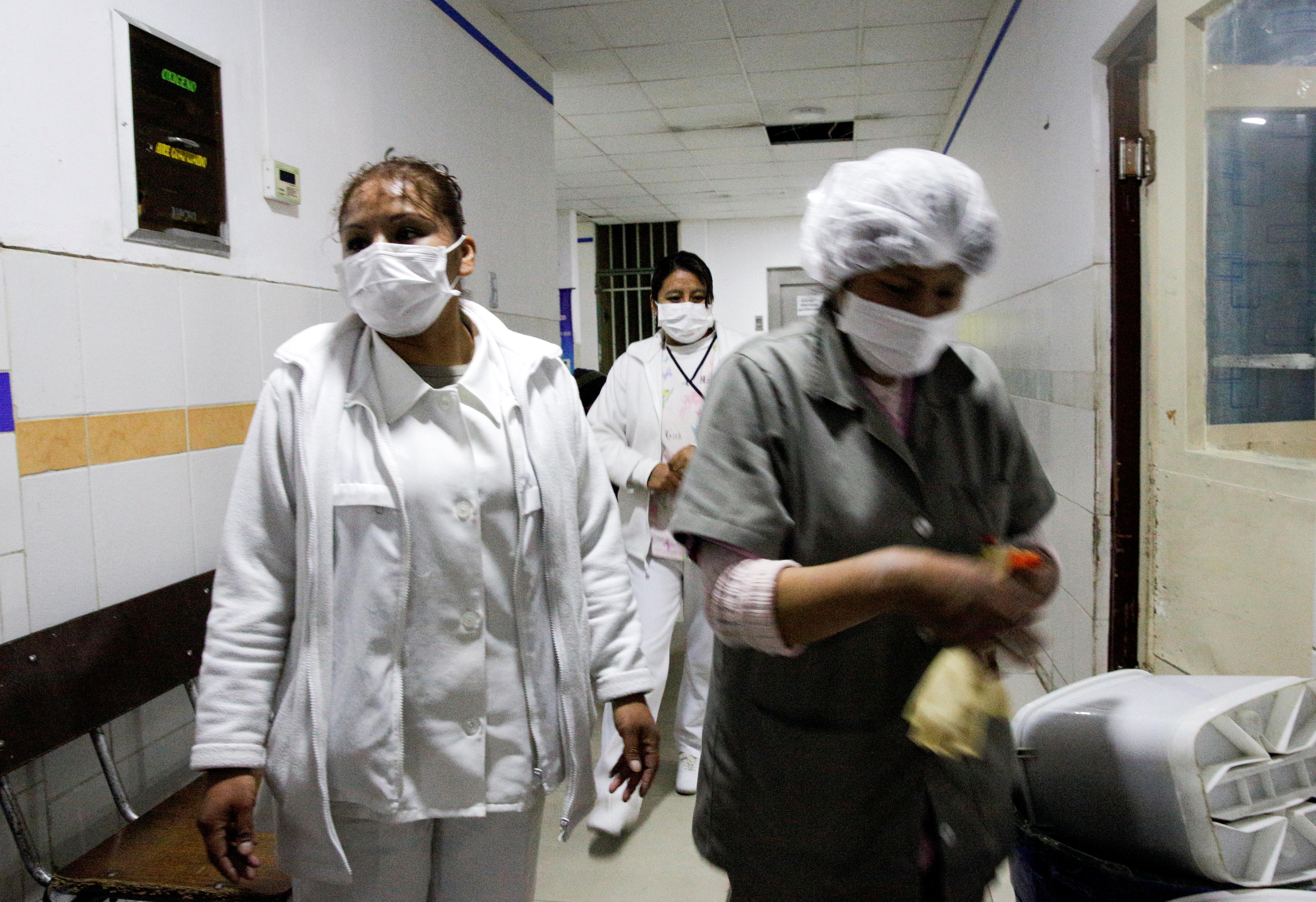 The woman, said by local media to be 65, was transferred by ambulance from the small central Bolivian town of San Carlos to the provincial capital of Santa Cruz on Wednesday afternoon. But concerns over scarce resources and overcrowding saw her turned away from up to four hospitals by residents and medical staff, media reports said.

“We are not going to allow this woman’s entry because this hospital does not have the conditions to handle a coronavirus case,” one unnamed nurse told Bolivia’s main El Deber newspaper. “There are a large number of patients and people who could be infected.”

Bolivia reported its first two confirmed cases of coronavirus on Tuesday, and a third on Wednesday. The outbreak, which emerged late last year in China, causes a respiratory illness that can be fatal.

Oscar Urenda, a local health official, confirmed the impasse over the woman at a news conference in Santa Cruz on Wednesday.

“We had an area prepared in the San Juan de Dios hospital but we could not overcome the intransigence and lack of humanity of people there,” he said. “We made a plan B, moved to other health centers but everywhere, locals barred access.”

Instead, he said, the woman has been housed in a building belonging to the regional government. He said the spread of the coronavirus in Bolivia was inevitable after the World Health Organization declared the virus a pandemic earlier on Wednesday.

“The disease is going to spread and it is not due to lack of foresight,” he said.

Bolivia, one of Latin America’s poorest nations, has seen significant political upheaval in recent months with the controversial departure from office of its longtime president Evo Morales.

Also on Wednesday, Movement to Socialism’s (MAS) presidential candidate Luis Arce Catacora and Carlos Mesa, who leads the Citizen Community alliance challenging him, said they would suspend mass gatherings ahead of the May election.

Morales, who is in exile in Argentina, tweeted that Bolivia’s caretaker leader Jeanine Anez would be rueing a decision to repatriate Cuban doctors she accused of fomenting unrest after October´s disputed elections.

“It´s a shame… they could have offered a valuable service at this point,” he tweeted late on Wednesday.