Protesters waved slippers as they queued for hours to pledge their support for candidates going up against President Alexander Lukashenko in the upcoming Belarusian election.

Opposition candidates need at least 100,000 signatures to be able to run against Mr Lukashenko on 9 August.

On Sunday in the Belarusian capital of Minsk there were queues of voters nearly a mile long, with many wearing masks and some brandishing slippers.

The slipper has become a symbol of the protest movement, which hopes to topple Mr Lukashenko after 26 years in power. According to the movement, the president represents a cockroach and the footwear a weapon to “squash” him with. 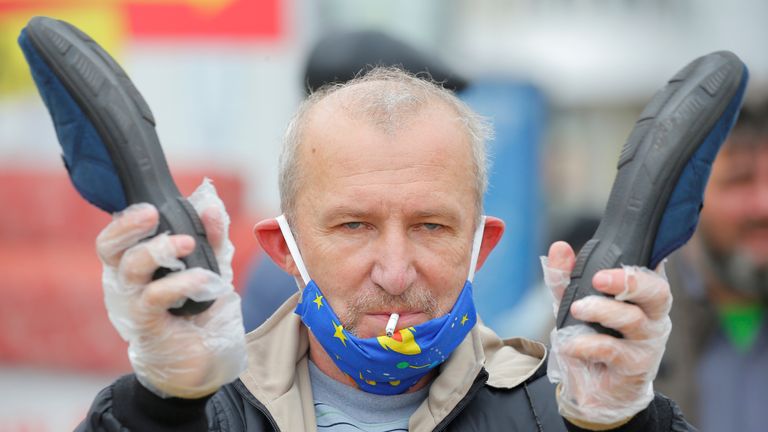 One voter, an engineer called Seymon, said: “I would like this action to show that a huge number of people are unhappy with what is happening in the country, are ready to take to the streets and show the authorities that the time has come for change.”

Viktor Babariko, a former head of the local unit of Russia’s Gazprombank, has already secured 85,000 signatures.

Police have arrested two opposition candidates in recent days, but Mr Lukashenko is being careful not to alienate the West amid human rights abuse claims. 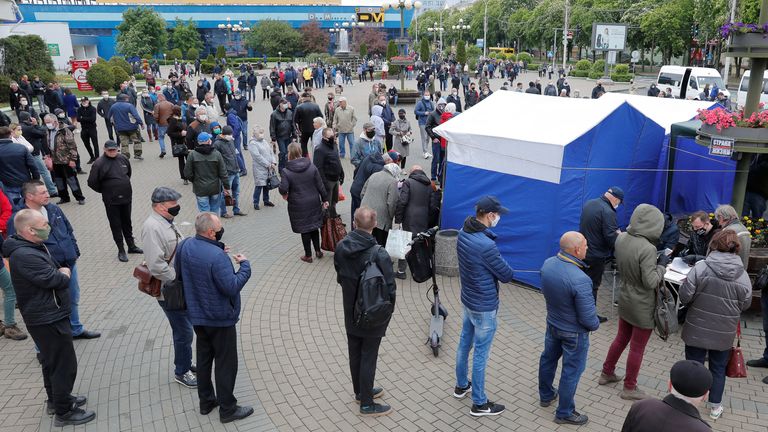 The 65-year-old, who faces his biggest political challenge yet, has tried to distance himself from Moscow, despite a long-standing union treaty. The Kremlin has already cut oil supplies and imposed sanctions.

There has been a huge backlash over his response to the coronavirus crisis after he advised people to “drink vodka” and “go to saunas” to ward off COVID-19. 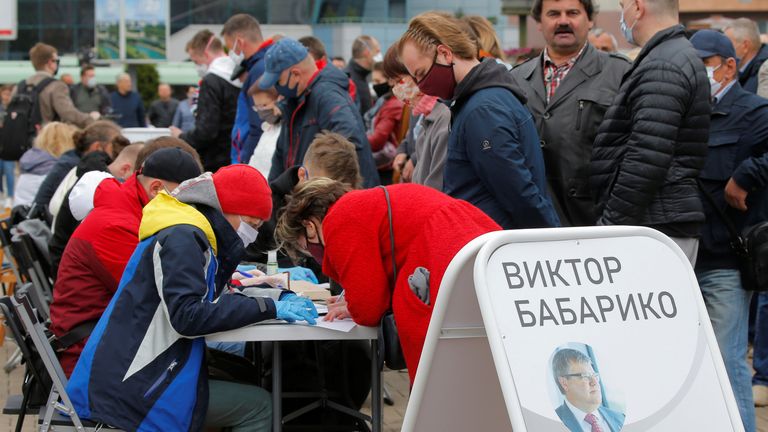 At the beginning of the pandemic, instead of cancelling football matches as other countries did, he let them go ahead without social distancing measures and took part in an ice hockey match at the end of March.

Describing the sport as the “best anti-virus remedy”, he said: “It’s better to die standing on your feet than to live on your knees.”