At least five people have been killed after gunfire broke out in Beirut during a protest over the inquiry into last year’s port blast which killed more than 200 people.

Hezbollah and its allies had called for protests against the probe, saying they want Judge Tarek Bitar removed.

There was a large military presence on the streets of the Lebanese capital. Gunfire involving snipers, pistols, rifles and rocket-propelled grenades was seen – and the clashes continued even after the army arrived.

Confirming the five fatalities, the country’s interior minister Bassam Mawlawi said many of those injured were shot by snipers – adding that events were “a very dangerous sign”.

Mr Bitar is the second judge to lead the inquiry. Hezbollah have accused him of singling out politicians for questioning – most of them allied with the group.

Demonstrators had been marching outside the Justice Palace when the violence started.

The initial cause of the gunfire is unclear, but Hezbollah claimed snipers fired at protesters from rooftops. 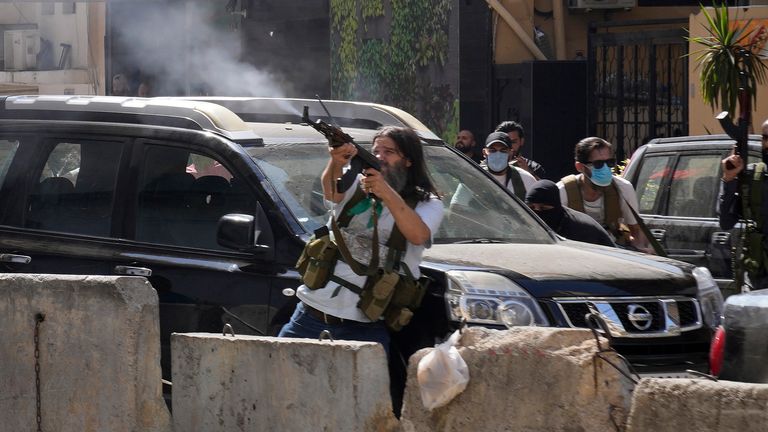 The army said in a statement that gunfire had targeted protesters as they marched down a divide between a Christian and Shia neighbourhood.

Prime Minister Najib Mikati has called for calm, while the military said it would open fire against any armed civilians on the streets. 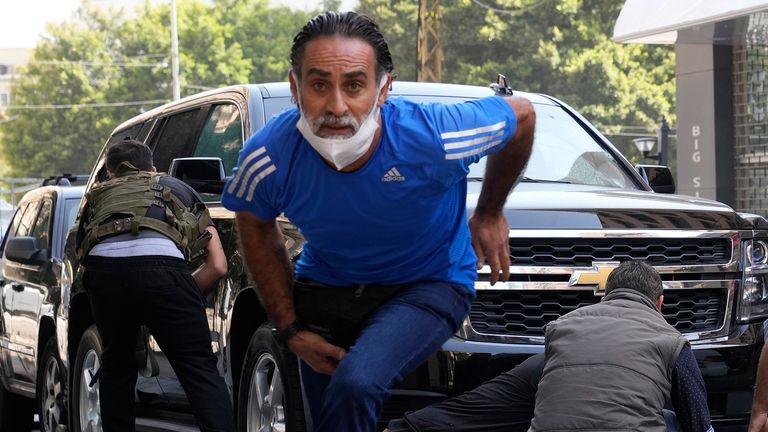 The government in Lebanon is only a month old, and is already dealing with a number of crises in the country.

Beirut was plunged into a blackout after fuel stations ran dry earlier this month. 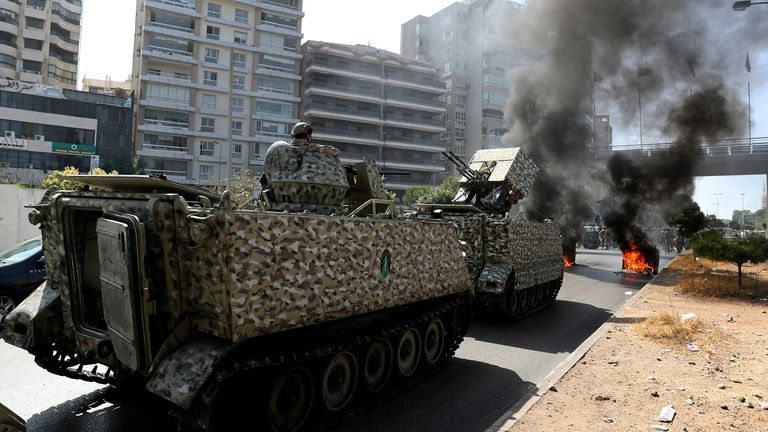 Hundreds of tonnes of ammonium nitrate exploded on 4 August 2020 in the port of Beirut, killing at least 215 people.

The substance – which can be used as fertiliser – was stored improperly, The subsequent blast injured thousands and destroyed neighbourhoods.

Lebanon’s former caretaker prime minister, Hassan Diab, and three other ministers have been charged over the events that day.

Following Thursday’s violence, the French foreign affairs ministry called for the probe into the port explosion to be carried out in an independent and impartial manner.