Only people living on the Chinese mainland will be allowed to attend the Beijing Winter Olympics next February, organisers have said.

Spectators must also meet “COVID-19 countermeasures” but no details have been given.

Any athletes, officials and Games workers who are not double-jabbed will have to quarantine for 21 days after arriving in the capital.

Those who can “provide a justified medical exemption” will have their “cases considered”. 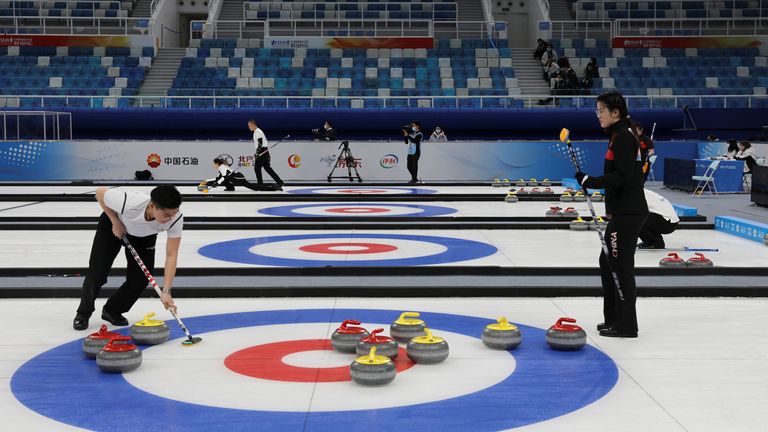 They added they “feel for the athletes and the spectators from around the world”.

“Playbooks” will be produced to set out the plans in detail. The first of those is due in late October and the second in December.

Athletes who are fully vaccinated will enter what is described as a “closed-loop management system” when they arrive.

This will be in operation from 23 January, almost two weeks before the Winter Games start on 4 February.

It will stay in place for almost two months until after the Beijing Paralympic Winter Games end on 13 March.

Participants will be allowed to move only between Games-related venues for training, competitions and work. There will also be a dedicated transport system.

Coronavirus testing will be carried out daily and athletes, coaches and officials will stay in special hotels.

The IOC and IPC said the restricted sale of tickets will “facilitate the growth of winter sports in China by giving those spectators a first-hand Olympic and Paralympic experience of elite winter sports”.

It will also bring a “favourable atmosphere to the venues”, they added.