BBC meteorologist Chris Fawkes shared a positive forecast for Europe this week as the Spring weather starts to settle in. The weather presenter noted that temperatures will range from 9C in Moscow to as high as 26C in Lisbon. However, he also said that northern Europe would still experience some “wet weather” too.

“With the weather fronts bringing cloudy skies and outbreaks of rain.

“That rain will push its way in across northern France, moving eastwards across Belgium, the Netherlands, Denmark and Germany at the moment.

“But, as we get into Wednesday, that rain will have moved all the way into western areas of Russia where it’s going to be quite heavy at times.” 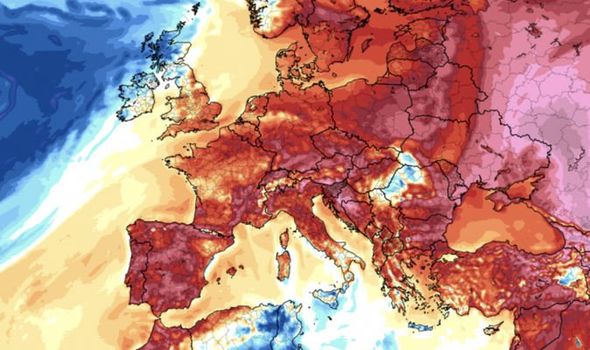 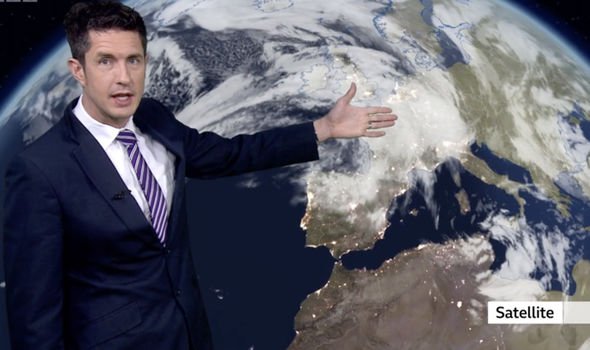 He continued: “Milder air will be following so even in the likes of Moscow, we should see temperatures coming to about 9C or so on Wednesday.

“Across southeast Europe, the weather will be drier and more settled than it has been, more in the way of sunshine on Wednesday.

“Warm sunshine for Spain and Portugal with temperatures much higher than normal. 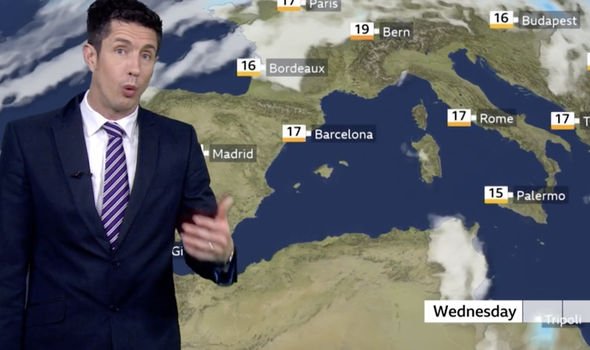 The BBC presenter added: “Further north, it’s not so warm because it’s windy and cloudy.

“We’ve got wet weather around as well.

“In Scandinavia, we’ll see quite a lot of cloud and still some bursts of rain and mountain snow as well.” 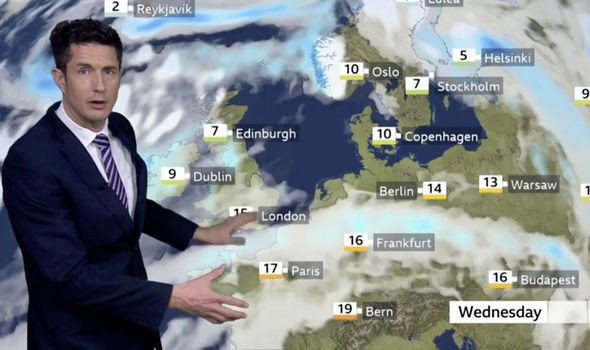 Mr Fawkes also said: “In the forecast for Thursday, there’s still a band of rain loitering across France and more rain to come in Germany.

“But towards northern areas, it starts to brighten up with some sunshine, a few showers running in from the North Sea.

“Over the next few days, in Paris, we should clear the cloud and rain.

“It should get a little bit brighter by Friday and on into the weekend where it’s set to get milder, temperatures up to 14C.

“In Berlin, temperatures will be around 11C on Thursday but it’s said to get cooler as we head into the weekend.”