The UK is set for freezing conditions tonight, according to the latest BBC weather forecast. Temperatures will drop to freezing in the cities, and even a few degrees below zero in the countryside. BBC meteorologist Chris Fawkes warned about the freezing blast, before warmer air dominates the country later in the week.

Mr Fawkes told BBC Breakfast viewers: “We are looking at brighter weather today. There will more sunshine around today, but it will also feel colder.

“We have a little weather front across the far south today, bringing some cloud and light rain.

“But, cooler air has worked in across most of the UK, with sunshine expected in those areas.

“That cloud in the far south could also bring with it some fog conditions, and could later spread to Wales before those brighter conditions work in.

“Overnight it is largely dry, with clear spells and light winds, which is a combination for it being cold tonight.” 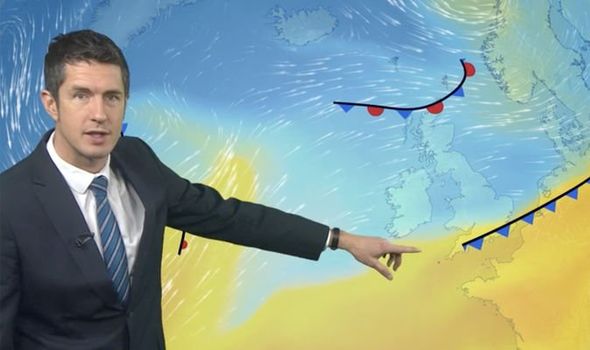 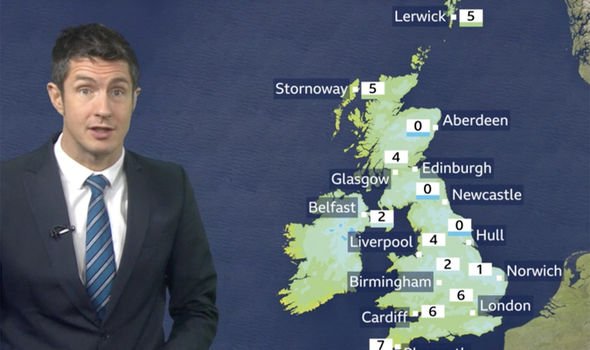 He continued: “Temperatures will be dropping down to freezing even in the cities.

“The countryside could get a degree or two below freezing so there will be frost to start the day on Monday.

“It will be a cold start to the day on Monday, however, the milder air will win out for most of the UK as we get into Tuesday.

“At the same time we have a slow moving weather front that will be bringing some wet weather across Northern Ireland, and Scotland. 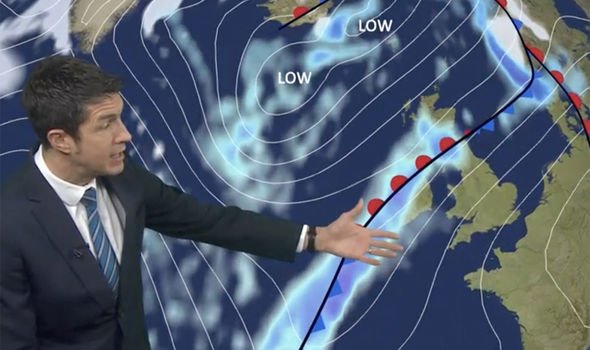 “Western Scotland and Cumbria could see some fairly large rainfall totals, with some localised flooding on Tuesday afternoon.”

Despite this, Mr Fawkes predicted milder temperatures of 12C to 13C across much of England and Wales.

He added: “That rain front will begin to ease away on Wednesday and it will be fairly dry on Thursday as the high-pressure builds in. It is set to be dry and bright into the next weekend.” 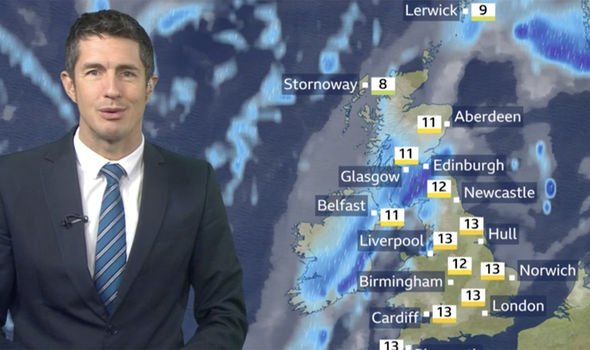 This comes amid forecasts that this season will be the coldest winter since 2012.

Leon Brown, head of meteorological operations at The Weather Company, said: “People will get a shock after recent mild winters.

“It looks like a close call for this winter to be 0.3C below average, which would make it the coldest winter since the early 2010s.

“A colder-than-average December is favoured, with Arctic influxes from the north-west due to the jet stream’s position.

“-10C in Scotland and -5C in England is expected, with snow in the north including to lower levels at times, and a risk in the south, with some travel disruption.

“January and February temperatures look more average, with an Atlantic influence – but also cold spells and not the extreme mild temperatures of last winter.”