For some of the UK it will be a chilly start to the day already with temperatures across some central and eastern areas just above or just below freezing and some snow, according to meteorologist Carol Kirkwood. Cardiff will struggle at two degrees and Slough and Birmingham will just about hit three degrees Celsius. However, the weather presenter also told BBC Breakfast that just out to the west of the country in Northern Ireland and the isles of Scilly, temperatures will be a little bit higher.

Ms Kirkwood explained: “That’s because we’ve got a bit more cloud in western areas, courtesy of a weather front.

“Through the course of today, it’s going to be continuing its journey, taking its cloud and some patchy rain with it heading eastwards.

“We’ve got clear skies in central and eastern areas so they will start with some sunshine, that’s why it’s cold.

“We could see some pockets of frost down across the south east.” 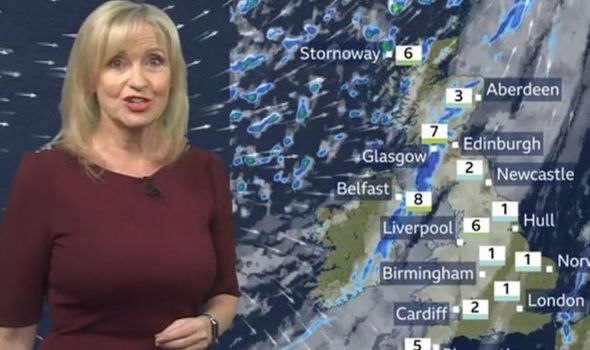 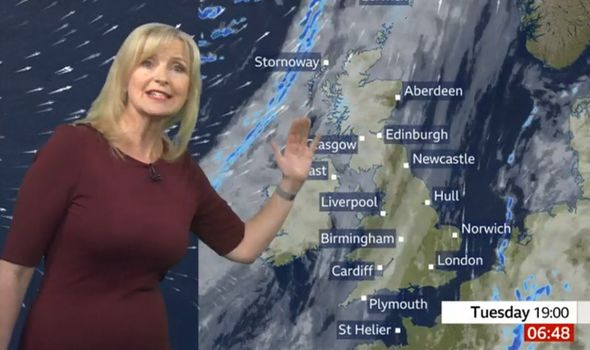 She continued: “As this cold front sinks south tomorrow, it will squeeze the milder air, bringing colder air from behind.

“Brighter skies, sunshine and showers will come in. It will also be windy with gusts up to 50mph in the northwest of Scotland.

“Some of those showers will be wintry but because it’s colder, the snow level will be coming down.

“So it will be down to about 300 metres in parts of the Highlands once again.” 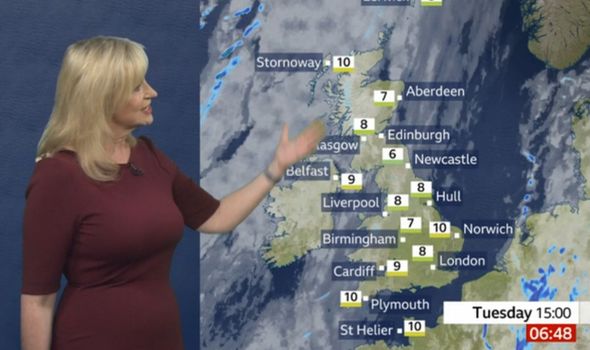 The BBC presenter added: “Down this North Sea coastline, there’s still a brisk wind blowing in some showers. That will ease through the day.

“Then you can see the progress the cloud is making from the west, moving towards the east.

“So we hang onto the sunshine for the longest across some parts of the Midlands, East Anglia and the south east.” 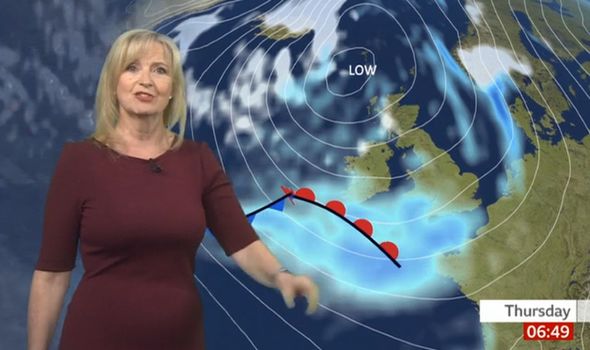 Ms Kirkwood told viewers: “At times we could see some brightness around the Moray Firth and Aberdeenshire.

“Temperatures through the country will be eight to about ten degrees.

“As we head on through the evening and overnight, eventually that cloud does get into the far south east.

“Then a new weather front comes in introducing a narrow band of rain.

“Ahead of that, there’ll be a fair bit of cloud and behind it some blustery showers.”