The BBC has warned that while the next few weeks are set to see dry and calm weather due to high pressure, the possibility of extreme weather activity in the Atlantic may throw off predictions. While hurricanes never affect the UK, their remnants frequently sweep in on the jet stream bringing periods of stormy weather, and sometimes named storms – such as in the case of Storm Eunice.

The BBC noted: “We need to keep a watch on any Atlantic hurricane activity in the coming weeks which may disrupt the pattern as it looks set to be an above active year.”

While this year has seen one of the quietest starts to hurricane season, weather.com predicts that activity is rising in the Atlantic. The site states that while there is nothing significant enough to raise the alarm yet, there remains the threat of extreme weather.

They add that the Caribbean Sea and Eastern Atlantic are areas to keep a particularly close eye on over the coming weeks. Hurricanes usually unleash most of their damaging energy across Central and Northern America. 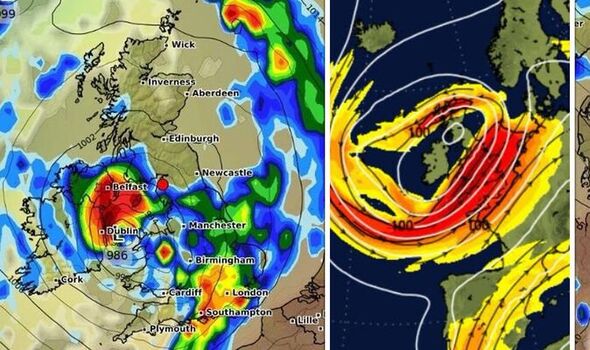 But they can often make a hairpin turn and veer eastwards towards the UK, almost always helped along by the jet stream. This was the case with the devastating St Jude Day storm which struck in October 2013 and killed at least 17 people.

The storm, which started as an extratropical cyclone in the central Atlantic and was whipped into Britain by the jet stream. 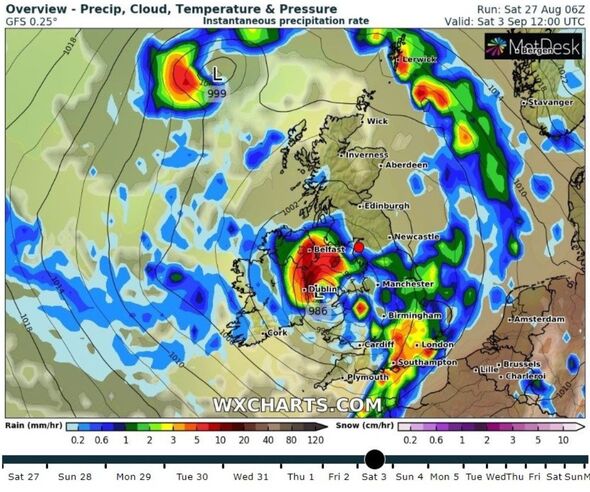 Jim Dale, meteorologist for British Weather Services, said: “It is the energy that these systems bring, if they do make their way towards the UK, that can have the knock on effect on our weather. Sometimes this can result in very unsettled conditions, as has been seen with some of the named storms we have seen during the UK storm season.

“Other times they can bring warm air up to the UK and we don’t see much of an effect other than that as they have blown themselves out by the time they get here.”

Without disturbance from an Atlantic storm, weather in the UK is predicted to have a dry start over the next few weeks due to high pressure for much of the rest of August. 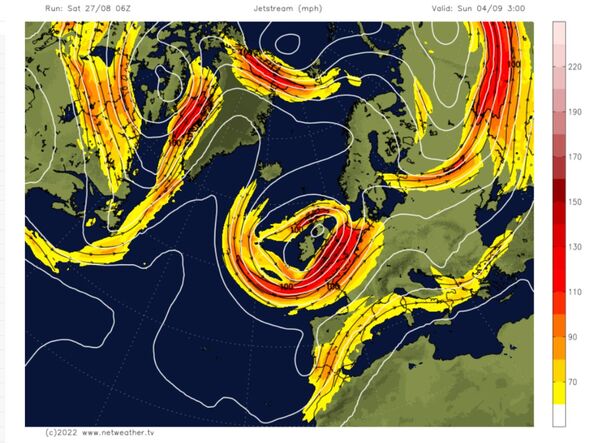 As we head into September, low pressure will return. While next week will see a short dip in temperature, this will recover to “near or above average” later on.

By the middle and end of September, temperatures are expected to be close to or above average. The BBC adds the weather will come “with rain at times in the north and west, but perhaps more settled in the south and east.”

This is assuming that the weather is not disrupted by the possible Atlantic hurricanes.