(Reuters) – A landslide at a jade mine in northern Myanmar killed at least 126 people, with more feared dead, authorities said on Thursday, after a heap of mining waste collapsed into a lake and buried many workers under mud and water.

The miners were collecting stones in the jade-rich Hpakant area of Kachin state – the centre of Myanmar’s secretive jade industry – when the “muddy wave” crashed onto them, after heavy rain, the fire service department said in a Facebook post.

By late afternoon rescue workers had recovered 126 bodies, the department said, but more were missing.

“Other bodies are in the mud,” Tar Lin Maung, a local official with the information ministry, told Reuters by phone. “The numbers are going to rise.”

Deadly landslides and other accidents are common in the poorly regulated mines of Hpakant, which draw impoverished workers from across Myanmar in search of gems mostly for export to China. But Thursday’s accident was the worst in over five years.

About 100 people were killed in a 2015 collapse which strengthened calls to regulate the industry. Another 50 died in 2019.

Many of those killed are freelance “jade pickers” who scour tailings – the residue from mining – for gemstones overlooked by larger operators. One good piece of jade, worth tens of thousands of dollars, could transform their lives.

Video footage on social media showed frantic miners racing uphill to escape as a towering pile of black waste cascaded into a turquoise lake, churning up a tsunami-like wave of mud.

Photos showed rows of dead bodies laid out on a hill, covered by tarpaulin. 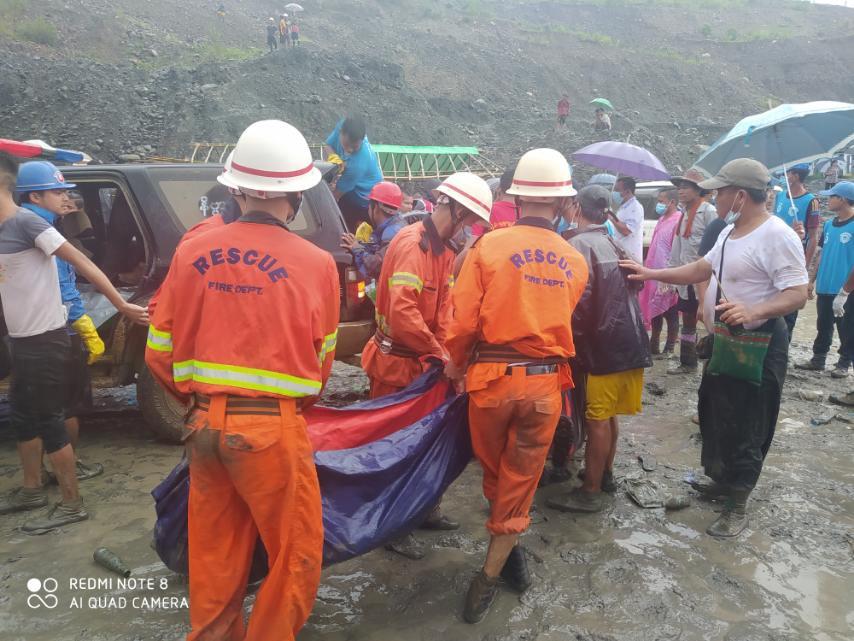 Maung Khaing, a 38-year-old miner from the area who witnessed the accident, said he was about to take a picture of the precarious waste mound he felt looked set to collapse when people began shouting “run, run!”

“Within a minute, all the people at the bottom (of the hill) just disappeared,” he told Reuters by phone. “I feel empty in my heart. I still have goose bumps…There were people stuck in the mud shouting for help but no one could help them.”

Than Hlaing, a member of a local civil society group helping in the aftermath of the disaster, said those killed were freelancers scavenging the waste left by a larger mining firm.

She said about 100 people were still missing and 30 had been hospitalized.

A local official had warned people not to go to the mine on Thursday because of the bad weather, she said.

“There’s no hope for the families to get compensation as they were freelance miners.”

The government of Nobel laureate Aung San Suu Kyi pledged to clean up the industry when it took power in 2016, but activists say little has changed. 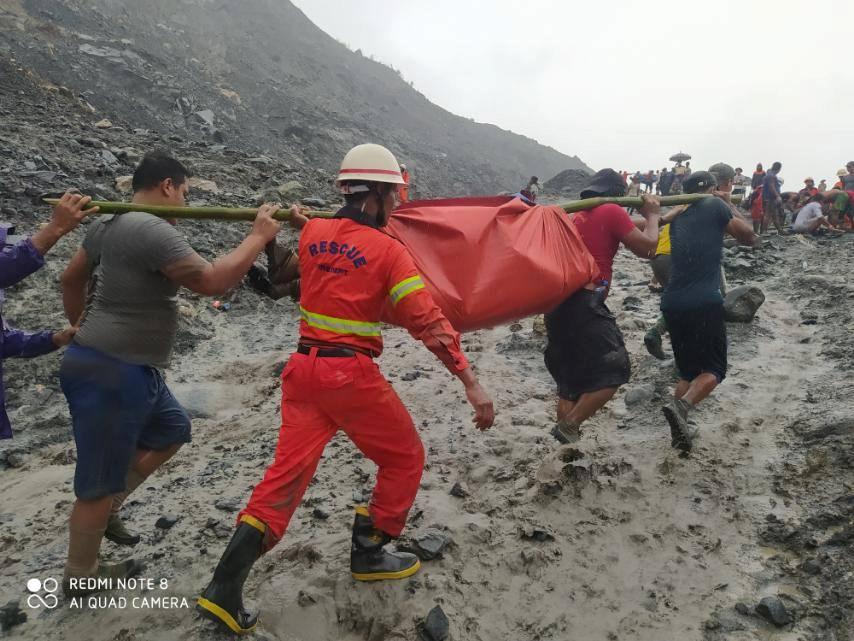 Official sales of jade in Myanmar were worth 671 million euros ($750 million) in 2016-17, according to data published by the government as part of an Extractive Industries Transparency Initiative.

But rights group Global Witness says the trade is worth billions of dollars a year, funds it says fuel armed conflict between government troops and ethnic Kachin rebels fighting for greater autonomy for the region.

In a statement, the group called Thursday’s accident a “preventable tragedy” and said the Suu Kyi’s administration had failed to implement promised reforms to curb “illicit and rapacious mining practices”. A government spokesman did not answer phone calls by Reuters seeking comment.