LONDON (Reuters) – Air pollution over northern Italy fell after the government introduced a nationwide lockdown to combat coronavirus, satellite imagery showed on Friday, in a new example of the pandemic’s potential impact on emissions. 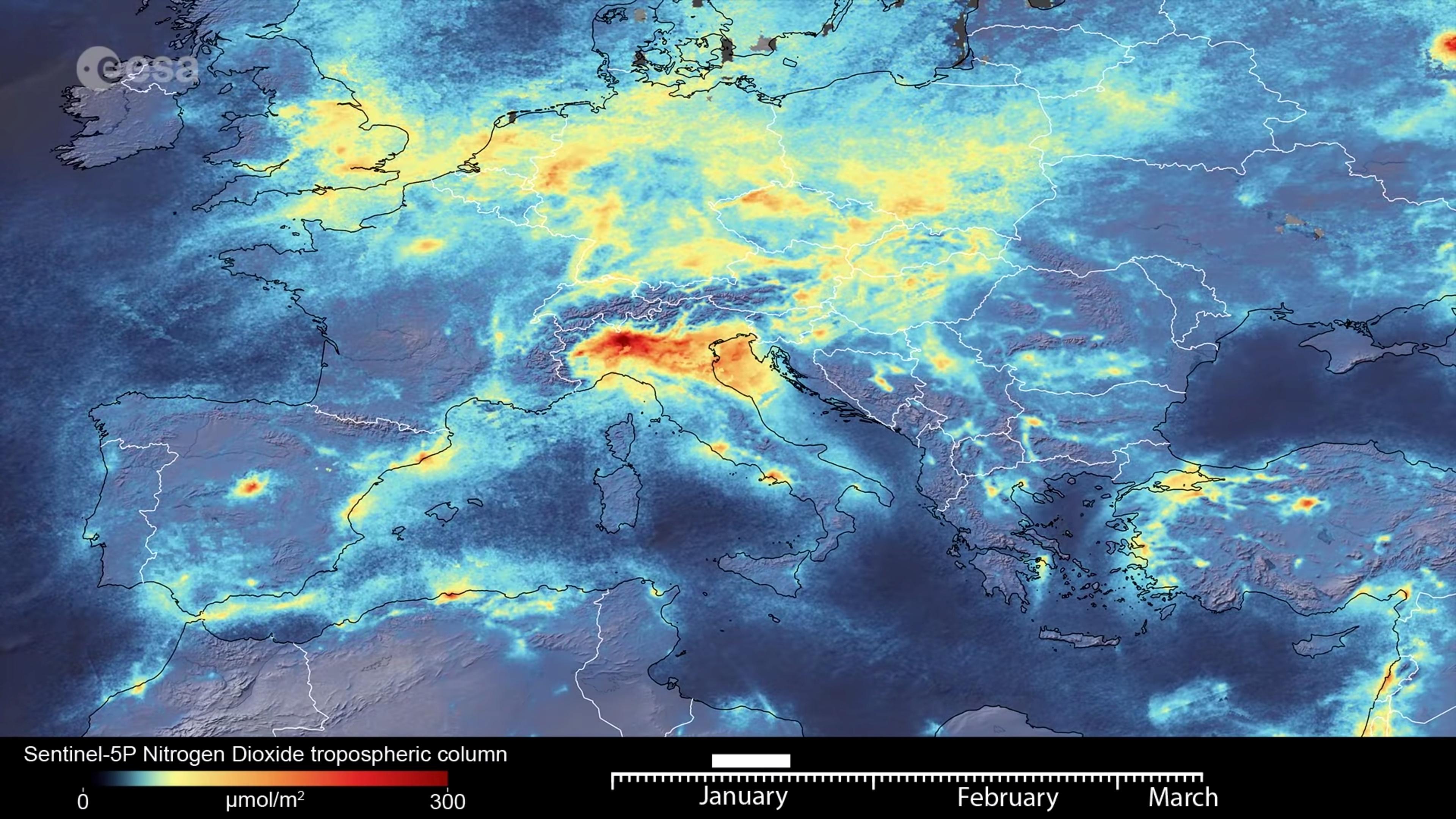 China, where the outbreak started, showed a marked reduction in pollution after the government imposed travel bans and quarantines, and the data from Italy, which was hit hard several weeks later, suggested a similar pattern.

The European Space Agency (ESA) said it had observed a particularly marked decline in emissions of nitrogen dioxide, a noxious gas emitted by power plants, cars and factories, over the Po Valley region in northern Italy.

“Although there could be slight variations in the data due to cloud cover and changing weather, we are very confident that the reduction in emissions that we can see coincides with the lockdown in Italy causing less traffic and industrial activities,” Claus Zehner, who manages the agency’s Copernicus Sentinel-5P satellite mission, said in a statement.

Italy has been hardest hit by the outbreak in Europe, with more than 15,100 confirmed cases and more than 1,000 dead, and the government has imposed the most severe controls placed on a Western nation since World War Two.

Researchers studying the impact of emissions from industry and transport on climate change and human health are scrambling to understand the possible implications of the pandemic as economies slow, flights are disrupted and quarantines imposed.

In China, Finland’s Centre for Research on Energy and Clean Air says CO2 emissions fell by a quarter, or an estimated 200 million tonnes in the four weeks to March 1 – about half the amount Britain emits in a year.

Satellite data also showed a sharp fall in Chinese emissions of NO2, starting in Wuhan and then spreading over other cities, including the capital, noticeable over a fortnight in mid-February.

The World Health Organization (WHO) said on Friday that Europe had now become the epicenter of the pandemic, which has claimed 5,000 lives worldwide.