Three women and a child were among several people killed in an attack by the Islamic State (IS) group outside Afghanistan’s biggest military hospital, according to a Taliban spokesperson.

Gunmen from IS then continued the assault by firing on the hospital but were pushed back by Taliban security forces when they tried to enter the facility, said government spokesman Zabihullah Mujahid.

He said five attackers wanted to target civilians and doctors inside but they “were killed by our forces before reaching their aim”. 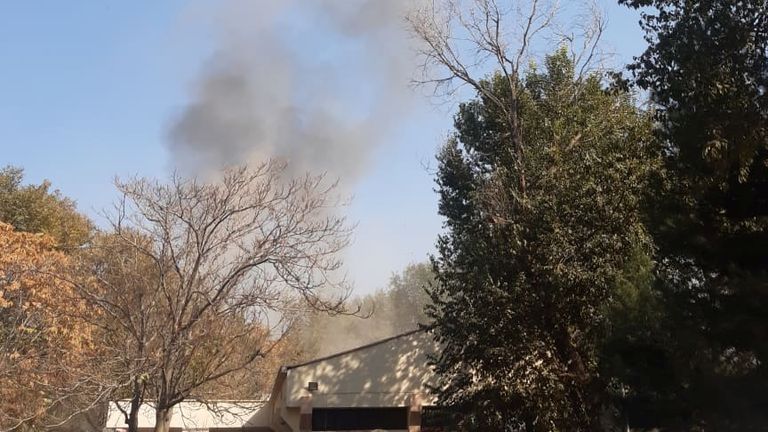 Mr Mujahid said no-one died or was injured in the hospital compound, while the attackers were killed at the entrance or in the courtyard.

He also announced three women, a child and three Taliban security personnel were killed outside, adding the militant assault was under control within 15 minutes.

However, other reports, citing Taliban officials, claimed up to 25 people were killed and more than 50 were wounded in the atrocity.

A health worker at the hospital, who managed to escape, told the Reuters news agency that he heard a large explosion followed by a couple of minutes of gunfire.

About 10 minutes later, there was a second, larger explosion, he added.

Islamic State has not claimed responsibility for the attack, which follows a growing number of bombings by the extremist group since the Taliban completed their takeover of Afghanistan in August.

In mid-October, IS said it was behind a suicide bomb attack on a mosque in southern Afghanistan that killed at least 47 people.

IS, which styles itself as an enemy of the Taliban, previously attacked the same Kabul hospital in 2017, killing more than 30 people.

The increasing number of IS attacks in Afghanistan has raised the possibility of a wider conflict between the two groups.