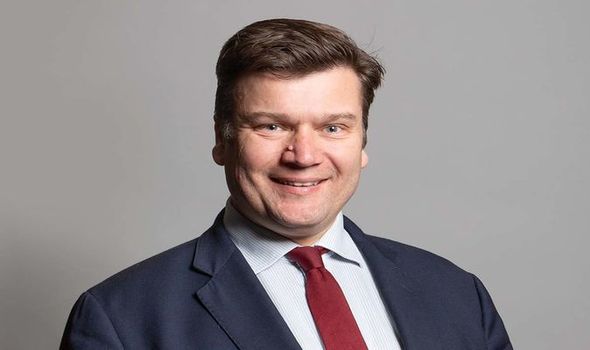 Armed Forces minister James Heappey said militants are unlikely to plot or commit attacks in the short term as it could reignite the debate about Western interventions.

Mr Heappey believes Al-Qaeda, who launched the 9/11 attacks, will not “act contrary to the Taliban’s interest”.

He added: “The principal threat to the UK’s national security stemming from the withdrawal of NATO from Afghanistan and the new Taliban administration will centre on the extent to which Afghanistan is once again used by terrorist groups to prepare attacks against the West in general – and the UK in particular.

“The future relationship between the Taliban and Al-Qaeda remains unclear. But in the short term it is unlikely that they would act contrary to the Taliban’s interest.

“We do not judge that the Taliban themselves have any intent to carry out attacks outside of Afghanistan.”

The UK and US have said they will launch strikes against extremists in the country if they regain a foothold.

Mr Heappey admits ISIS-K – an affiliate of Islamic State which committed the bombing atrocity at Kabul airport – will seek to settle in parts of the country and provide “sanctuary for their fighters”.

This has triggered a power battle between the group and the Taliban – both of whom want to impose strict Islamic law.

And the UK expects the IS offshoot to continue mounting attacks against the Taliban in a bid to “exacerbate social and ethnic tensions”.

Deputy minister of information and culture Zabihullah Mujahid said the Taliban is actively “hunting down those who are sowing chaos” in the country. Taliban fighters have killed a number of ISIS-K terrorists since taking power after a spate of attacks.

“They are the same. Anywhere they rise up, we finish them.”