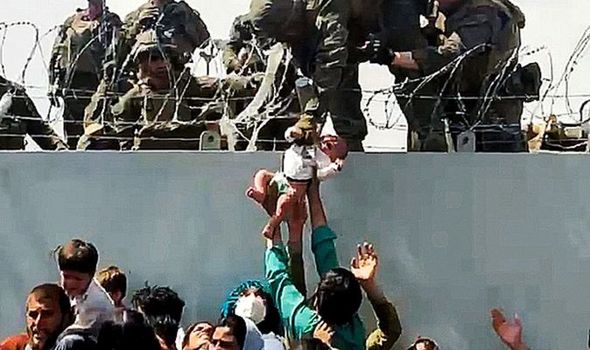 Sohail Ahmadi was pictured being passed by his dad Mirza Ali Ahmadi to a soldier at the perimeter wall of Kabul airport after the Taliban takeover. He said it was to spare his two-month-old son from being crushed to death. But, while he thought he would find Sohail at the airport, the crowds pushed him back. The child was later discovered in the city with a 29-year-old taxi driver called Hamid Safi. He had taken him home to raise as his own.

After more than seven weeks of pleas, negotiations and Mr Safi’s brief detention by the Taliban police, Sohail has been reunited with his grandfather Mohammad in Kabul. Relatives say they will try to reunite him with his father, a US embassy guard, mum Suraya and siblings, who were evacuated to the US in August.