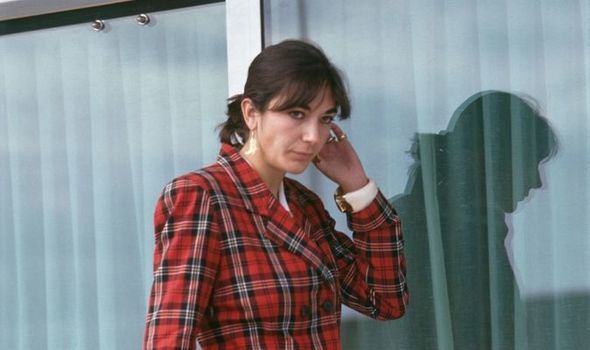 The names contained in the “little black book” she built with sex offender Jeffrey Epstein include some of the UK’s highest-profile people, including their friend Prince Andrew.

There is no suggestion the presence of the names means that any of them are accused of any form of wrongdoing or even met Maxwell, 60, and Epstein – who died in 2019 – in person.

The FBI sees them as potential witnesses “unless the evidence leads them elsewhere”.

A source told the Daily Express: “Whereas Epstein brought the cash, Maxwell brought the contacts. She opened up a world to her then-lover that he could only dream of.

“Epstein was socially awkward. Some say inept. He didn’t mix well. But with Maxwell by his side, she gave him cover and credibility with the rich and famous.

“He was accepted into their world not because of money but because of her. She provided most of the numbers in their book.” The insider added: “Christopher Wray, the director of the FBI, has vowed that those who committed a crime with them will not escape justice under his watch.”

During Maxwell’s four-week trial in New York, the book including the names and addresses of nearly 2,000 world leaders, sportsmen, royalty, celebrities and alleged victims remained secret.

But it was made available in a previous civil case involving Prince Andrew’s rape accuser Virginia Giuffre.

There are contact details for former presidents Bill Clinton and Donald Trump as well as Prince Andrew.

Former Prime Minister Tony Blair is recorded once, while his former cabinet minister Lord Peter Mandelson has 10 numbers, including one marked “direct line” and one marked “country home”. Princess Diana’s brother, Charles Spencer, also features. None are connected with any crime.

For Prince Andrew there are 16 numbers, including a mobile number, one marked Palace ex-directory, one for Balmoral and one for Sandringham.