Since March of last year, cruise ships carrying more than 250 people have been prohibited by the Centers for Disease Control and Prevention from sailing in U.S. waters. To start again, they need to follow a complex process that, in some cases, involves simulated cruises designed to test Covid-19 protocols. Hundreds of thousands of frustrated and restless cruise fans have lined up to be guinea pigs.

Jennifer Juenke is one of them.

“Ever since the C.D.C. shut down the cruise industry, we have been living through a complete nightmare,” said Ms. Juenke, one of more than 250,000 people who signed up for a test sailing with Royal Caribbean, a major cruise company. “It has been too long, and we are just raring to go.”

On Tuesday, Royal Caribbean became the first cruise line to receive approval from the C.D.C. to conduct simulated voyages, which are planned for its Freedom of the Seas ship starting from PortMiami in Florida in late June.

For some of the volunteers, it’s a way to offer support to the $150 billion industry, which has been decimated by the pandemic. For others it’s a chance to get a feel for what post-pandemic cruising will feel like. But for most who’ve raised their hands, it’s a way to sate their longing to get back on a boat after more than a year of being stuck onshore.

“The C.D.C. has been holding us all captive and I really can’t wait any longer, I can’t wait until July,” said Justin Marks, a 59-year-old retired Alabama resident, referring to one target date that has been floated for when ships might start sailing.

Mr. Marks, who has 12 cruises booked through 2022, is undeterred by the outbreaks onboard cruise ships at the start of the pandemic last year.

“I’m dying to be picked for the test cruise, mostly because I need to start cruising again for my sanity,” he said, “but also because I want to show the world how much safer a cruise ship is than any plane or hotel that has been allowed to operate throughout the whole pandemic.”

Exactly how the cruise lines will return to operations in the United States remains unclear. Earlier this month, the C.D.C. said it would allow cruise lines to skip test voyages if they attest that 98 percent of the crew and 95 percent of passengers on board a cruise are fully vaccinated.

Several major cruise companies have already announced Alaska sailings starting in late July, which will require all passengers to prove that they are vaccinated. But in Florida, the cruise lines’ biggest U.S. departure point, recently enacted state law bans businesses from requiring proof of immunizations from people seeking to use their services.

Florida officials have said they will not exempt the cruise lines. If cruise companies decide to sail with a mix of vaccinated and non-vaccinated passengers, they will have to carry out simulation cruises with volunteers to test health and safety protocols.

That has avid cruisers like Mark Zumo, 53, from Baton Rouge, La., eager to help out, even though, he said, he realizes the test cruises will not be like the real thing. (He had 20 cruises canceled during the pandemic and has already booked 25 between this August and December 2022.)

“A lot of people think it’s going to be a free holiday, but I realize that it won’t be,” he said. “It’s about testing Covid protocols and could mean being confined to your room for the entire cruise,” he said.

“But I’m more than willing to do it,” he continued. “When you look at the devastation caused by the shutting down of the cruise industry, it reaches so far — from farmers to port workers to hotels and taxi cabs. I’ll do whatever I can to help get things running again.”

The simulated voyages must be between two to seven days in length with at least one overnight stay, according to C.D.C. guidelines. They are required to test embarkation and disembarkation procedures, medical evacuations onboard activities such as meal service and entertainment, recreational activities like fitness classes and swimming and shore excursions.

All volunteers will be issued with a written notice advising them about the risks of participating in health and safety protocols that are unproved and untested in the United States. 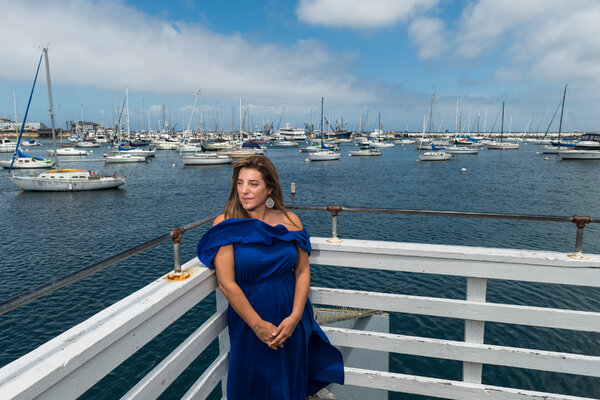 Most of the simulation cruise volunteers said they are fully vaccinated and do not have safety concerns about testing out health protocols for upcoming voyages. More than 66,000 people joined Royal Caribbean’s Facebook group “Volunteers of the Seas” to express interest in the initiative. “I feel safer on a cruise ship than I do in my grocery store,” Ms. Juenke said. “Cruises have restarted in Europe and it’s going fine.”

MSC, a global cruise line based in Geneva, Switzerland, was the first major cruise company to resume international sailings in Europe, which it started last August. It has relied on a stringent testing and contact tracing program to avoid large Covid outbreaks like the one on the Diamond Princess cruise ship in Japan last year where 700 people became infected with the disease and 14 people died.

“At the beginning we must appreciate that no one knew anything about the virus and how it behaved and was transmitted,” said Pierfrancesco Vago, the executive chairman of MSC Cruises and global chair of the Cruise Lines International Association (CLIA), the industry’s trade group.

“We have come so far from that moment in terms of scientific knowledge and technology,” he said.

On MSC European cruises, all guests receive antigen tests when they board and if they test positive, they are given an additional PCR test. Non-vaccinated guests boarding its cruises in Britain must also present proof of a PCR test taken 48 hours before they embark. Passengers are also tested mid-cruise after three or four days and are required to wear contact tracing bracelets so that they can be tracked down if someone they have come into contact with tests positive.

All passengers who test positive while on board are isolated until the ship returns to the port of embarkation or have the option to disembark at the next port of call if they need urgent medical attention. MSC said it had identified a handful of positive cases on board its ships since resuming operations last year, which were handled swiftly and effectively, but declined to provide the exact number of cases.

On Monday, four crew members on board Royal Caribbean’s newest ship, Odyssey of the Seas, tested positive for Covid-19 en route to the United States from Israel. The ship was not carrying passengers and the crew members were immediately isolated before disembarking in Spain, Royal Caribbean said.

Mr. Vago views MSC’s protocols — which run to 700 pages — as a model for the industry and after participating in a recent technical round table discussion between the C.D.C. and cruise industry representatives in Washington, he said he is optimistic that U.S. cruises will begin again this summer.

“People have been really affected psychologically by this pandemic and we understand how important and urgent it is for them to be able to get back out there and see a sunset and mingle,” Mr. Vago said.

After receiving brain surgery last year and working night shifts as a surgery technician at a hospital, Cristie Nino, of Salinas, Calif., said she is ready to volunteer on a test cruise.

“I think I would be the perfect person to go on one of these test cruises because I’m not scared,” she said. I’ve been on the Covid floor, I’ve seen Covid patients, I’ve been through the toughest part.

Cruise ships, she said, “have always been a cesspool for viruses, like planes, and I think there were risks at the height of the pandemic, but now with vaccines and health and safety measures I think they are ready to go again.”