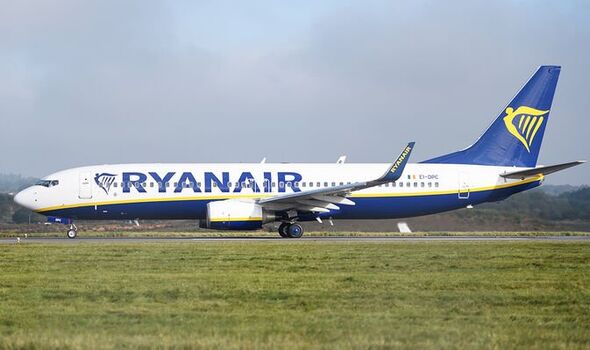 Those planning to travel with Ryanair this summer might have to rethink their plans as cabin crew from the airline intend to strike from June 24-30, as well as July 1 and 2.

According to the main unions of Ryanair’s cabin crew, staff are only known to be striking for the six days across June and July this summer.

The strike will take place because Ryanair staff are reportedly unhappy with their working conditions and pay.

Ryanair staff have not announced the strike.

However, this may not mean good news for Ryanair customers who hope to jet off in the coming weeks.

It may interfere with those who planned to visit sunny Spain.

Ryanair were engaged in talks with unions USO and SITCPLA last week.

The unions believed that Ryanair lacked commitment to dialogue, according to the Liverpool Echo.

A spokesperson for Ryanair told The Mirror that the airline had negotiated agreements which cover 90 percent of staff across Europe.

As part of the Covid recovery phase, the airline said that it was negotiating improvements to said agreements.

The Ryanair spokesperson assured travellers that they did not expect widespread disruption over the summer.

They referenced a collective agreement with CCOO, who they called Spain’s “largest and most representative union”.