“It’s Never Too Late” is a series that tells the stories of people who decide to pursue their dreams on their own terms.

Clarity came to her two and a half years ago after Ms. Steel, a married elementary schoolteacher who lives in Madison, Wis., found herself experiencing such severe anxiety that she landed in the emergency room with what she thought was a heart attack. It was not.

Working with a counselor, she realized that for most of her life she had struggled with coming to terms with her identity. She came out as a transgender woman soon afterward. Her wife accepted her. Her family accepted her.

Ms. Steel said the urge to explore a new calling was already building. And though many of her school colleagues and students supported her, she said she felt backlash from some quarters in the school district, especially over her use of student-designated bathrooms. A spokesman for the Madison Metropolitan School District, Tim LeMonds, said the issue was Ms. Steel’s use of a student bathroom, not gender. Ms. Steel said that it was a common practice among faculty, adding that the adult bathrooms were too far away from her classroom.

Despite all of this, there was always one place dear to her that she believed would never accept her. Until now.

At 56, Ms. Steel retired in June from her career as a public-school teacher for nearly 24 years. This month, she began studying at Wartburg Theological Seminary, in Dubuque, Iowa, on a scholarship with the purpose of becoming a pastor in the Evangelical Lutheran Church in America (or E.L.C.A.), a major denomination of the Lutheran church that allows L.G.B.T.Q. clergy members. (The following interview has been edited and condensed.) 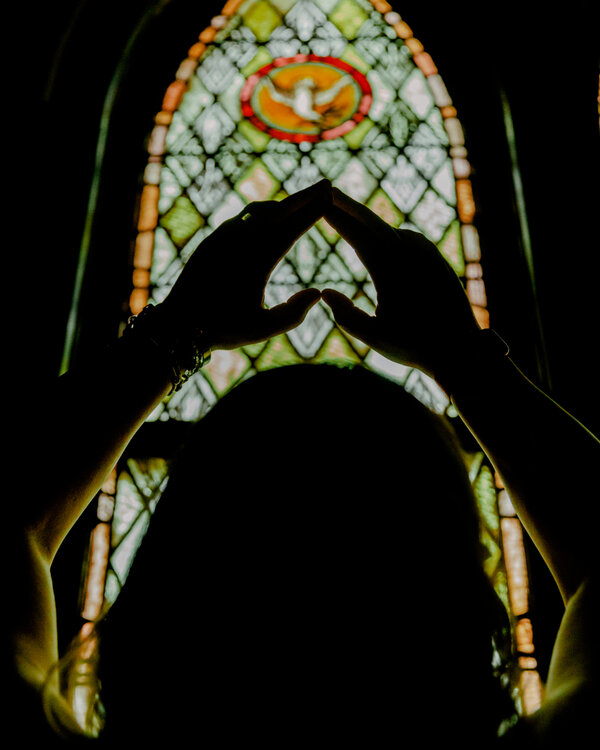 Was there a moment that you felt compelled to pursue this path?

It was October 2020, when the Lutheran seminary in Chicago was offering a full week of courses that prospective students could sit in on. That was such a wonderful revelation. That’s when I really heard that level of discourse: The E.L.C.A. branch is not just questioning, but acknowledging, the ways that harm has been done, and is still being done, in the name of the church, and is working to change that.

It made me realize, “Oh. Yes. This is something I could probably think about doing.” And then it was just step by step from there.

What prompted the idea of preaching?

I feel like I have an opportunity to do something really powerful.

What drew you to the Lutheran church?

But what I loved about the E.L.C.A. specifically, is they’re working so hard to be radically inclusive. They’re asking all the right questions. They’re really thinking it through. They’ve got a queer-affirming team that’s doing the work. And I think there’s a lot to do.

Have you always been religious?

As a child, I really imagined myself becoming a priest or becoming some kind of spiritual leader in the Catholic church.

Probably up to around 14, I stayed active. I read the readings and the gospel in the mass. I served as an altar boy.

But I also knew, without really having the words for it, I didn’t fit. I became aware that the church didn’t have room for someone like me and all that I was. I just couldn’t stay with it. And I started feeling that distance. No religion at that time, that I know of anyway, was welcoming or inclusive to queer or trans folks.

Is spirituality a defining feature for you?

From my teen years I started calling myself everything from “fallen Catholic” to “atheist” to “agnostic” or simply pushed thoughts of religion away. By the time I was in my 30s, I was beginning to call myself spiritual. Even though I’m entering the Lutheran tradition, the core of that work is spiritual, above everything else.

And when I proceed to become a pastor, I really want a world where it’s just, “We’re here to worship and love together.”

What have your challenges been so far?

One of the most common phrases is people saying, ‘Oh, we’re praying for you, Vica.’ No, you’re not praying for me, you’re praying that I become what you want me to become.

What are your goals now?

Recognition. So many queer people in the church are not out. They keep their identity hidden because they know it’s harder to get a traditional pastorship, even in places that affirm.

I want to change that by my presence. I’m not going to hide who I am. I can’t. I’m six foot two, broad shoulders, my voice sounds like a man’s, but I’m going to be exactly who I am. And I’m going to show people that we can be powerful together.

What lessons can people learn from your experience?

We’re looking for people who decide that it’s never too late to switch gears, change their life and pursue dreams. Should we talk to you or someone you know? Share your story here.