Trips that might have been two or three nights last year now feel too brief — not worth all the hoops, not quite enough time away. 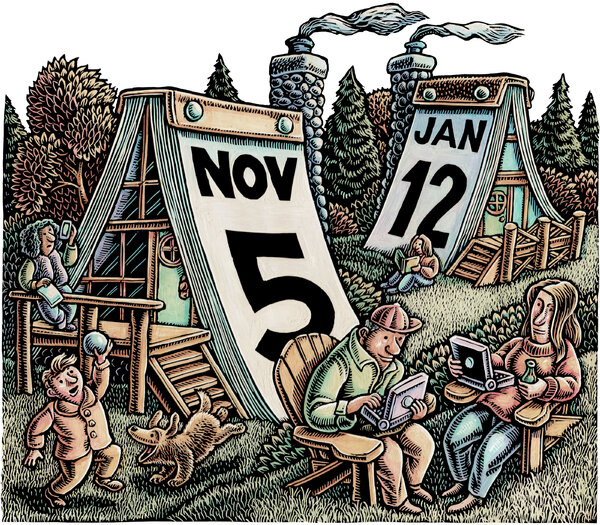 Health declaration forms and virus tests. Quarantine-on-arrival (and on return) requirements. Infection rates that change by the day and labyrinthine middle-seat policies that require an advanced degree to decipher.

Combine those new hurdles with the ability to work and virtual-school from anywhere and the desperate need for a change of scenery, and some travelers are kicking the archetypal weekend getaway to the curb. Trips that might have been two or three nights last year now feel too brief — not worth all the hoops, not quite enough time away. Instead, a new pandemic travel pattern has emerged: not “long weekends,” but “short weeks.” And the people who take them agree: What a difference a day (or two) makes.

“You can’t go touristing anymore like you used to, but weekends away — traditionally crammed into sneaking out of work slightly early on a Friday in a dash to have some repose — now mean heading out on a Wednesday night, logging on to work and coming back Monday night,” said Tom Caton, the co-founder and chief revenue officer of AirDNA, a data firm that analyzes more than 10 million vacation rentals worldwide.

Summer vacations expanded this year, with many rental homes booking up for a month or more. Custom AirDNA data from several key East Coast vacation markets shows that weekend trips were longer, too: Although there were fewer bookings than there were last year, the average stay was longer.

In Great Barrington, Mass., in the Berkshires, summer weekenders stayed for an average of 4.4 nights — up from three nights last summer. In Point Pleasant Beach, N.J., it was about five nights, up from about three. The trend will continue into fall. In East Hampton, N.Y., the average booking last fall was two nights; this year, that number will be about double.

At Discover 7, a luxury travel agency, weekend trips are now four nights on average, up from two last year. Destinations in the West — Aspen, dude ranches in Wyoming and Montana — have been popular this summer and fall.

“The most dramatic behavioral shift emerged in the demographic that can carry their virtual office in a laptop case,” said Eric Grayson, the company’s founder and chief executive. “The knowledge that their vacation can restart every time they finish work creates a very different feeling on Friday at 6:30.” 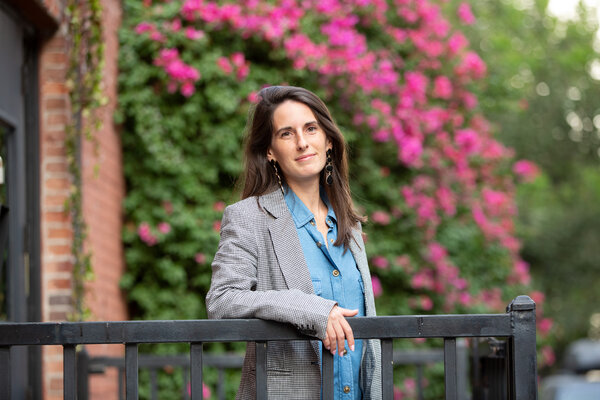 Before the pandemic, Marcia Prentice, a Los Angeles photographer, spent several weekends a year visiting her parents and her brother’s family in Green Bay, Wis. Around her birthday in August, Ms. Prentice, 38, made the journey for the first time since February. She stayed five nights.

Before the trip, there were lengthy discussions with her mother, who is at an increased risk for the coronavirus, and two drive-through coronavirus tests.

“It took so much effort to go — it’s so much organizing that of course you want to stay longer,” Ms. Prentice said. “On top of that, I didn’t know when I would see them again, so it was like, OK, let’s have this really nice quality time together now.”

Five-night bookings have become increasingly common at Holiday Park Ace, which rents out luxury lodges around the United Kingdom. Last July and August, bookings of that length accounted for 8 percent of the business; this year, the number has jumped to 24 percent.

“This is unsurprising — people are looking to make the most of a long holiday in case they don’t get one in the future, and we are seeing this pattern continue into the holidays,” said Joe Spencer, the company’s owner.

Longer bookings can help offset the financial toll of fewer bookings. But Mr. Spencer said that each reservation now carries more weight, particularly with the added risk that renters will pull out because of illness, travel restrictions or cold feet.

“If a group books a five-night stay and cancels last minute, it is a big problem as we then have to try and fill the lodges last minute — and usually the only way we can do this is by offering it at a discounted price,” he said. “For a two-night stay, it’s a lot easier to get it filled.”

Reservations at TurnKey Vacation Rentals, a rental management company with more than 6,000 homes across the United States, are increasing by about one day per month, over last year. The median length of stay for October is five nights (up from four last year); November is six nights, up from five; December is seven, up from six.

Jennifer Grimes, the founder of Red Cottage Inc., which manages independently owned rental homes throughout the Catskills and the Hudson Valley, has seen such a year-over-year difference in booking patterns that she’s changed the company’s rate structure. Barring normal seasonal or holiday fluctuations, weekends and weekdays now cost the same.

“We were always functionally more about weekends, long weekends and longer stays for major holidays,” Ms. Grimes said. “And now it’s just totally changed. It doesn’t matter if it’s a Tuesday or a Saturday night — people want to get away.”

Red Cottage’s public availability calendar shows the “What day is it?” pandemic-era joke in action: There are reservations from Sunday to Friday, from Friday to Tuesday and even a Monday check-in or two. In response, Ms. Grimes said, the company has adapted.

“We basically have had to tear down and rebuild our housekeeping department,” said Ms. Grimes. “There was a business model that ran under certain assumptions — checkout dates, gaps between bookings. Combine that with the fact that people are living in these houses — three meals a day, more wear and tear — and there has been a huge shift.”

Short-week stays are also on the rise at hotels. Club Med Sandpiper Bay, an all-inclusive resort between Miami and Orlando, has seen a 9 percent year-over-year increase in four- and five-night reservations from June to October. Four-to-six-night stays are up 55 percent over last year at The Foundry Hotel, a boutique hotel in Asheville, N.C. At The London West Hollywood at Beverly Hills, the average stay this month is 5.2 nights — double last October’s figure.

New hotel packages spur — or reward — guests who submit to an extra night or two. The fifth night is free for every four nights booked at Wyndham Grand Rio Mar Puerto Rico Golf & Beach Resort; the offer also includes a $50 food-and-drink credit per stay. At the Hotel del Coronado, near San Diego, families who stay six nights or more get discounted room rates and a $350 resort credit per stay. The WFP: Work From Paradise package at Conrad Punta de Mita, in Western Mexico, includes a $75-per-night resort credit for rooms booked for least four nights.

But for Glen Broomberg, 54, the real value of a few extra days away with his wife and three children, 13, 11 and 5, goes beyond any physical perk.

The Broombergs, who live in Santa Barbara, Calif., had planned to stay only two nights at the Farmhouse Inn, in Sonoma County, at the tail end of July. Taken with the setting, the staff’s hospitality and the Michelin-starred food, they extended their trip twice — first to four, then to seven, nights.

“We kept saying, ‘This is so much fun. Can we just stay another day, and then another day?’ said Mr. Broomberg, the co-founder of a luxury packaging company. “You often go on vacation and take things for granted. This put it back into focus for us: That we actually need to be appreciative of our time away because we missed it this year.”

Sarah Firshein is a Brooklyn-based writer. She is also our Tripped Up columnist. If you need advice about a best-laid travel plan that went awry, send an email to [email protected].