Delilah at Wynn Las Vegas will open July 14, promising an elegant supper club experience in an alluring room that’s an homage to the Roaring ’20s (1920s, that is). 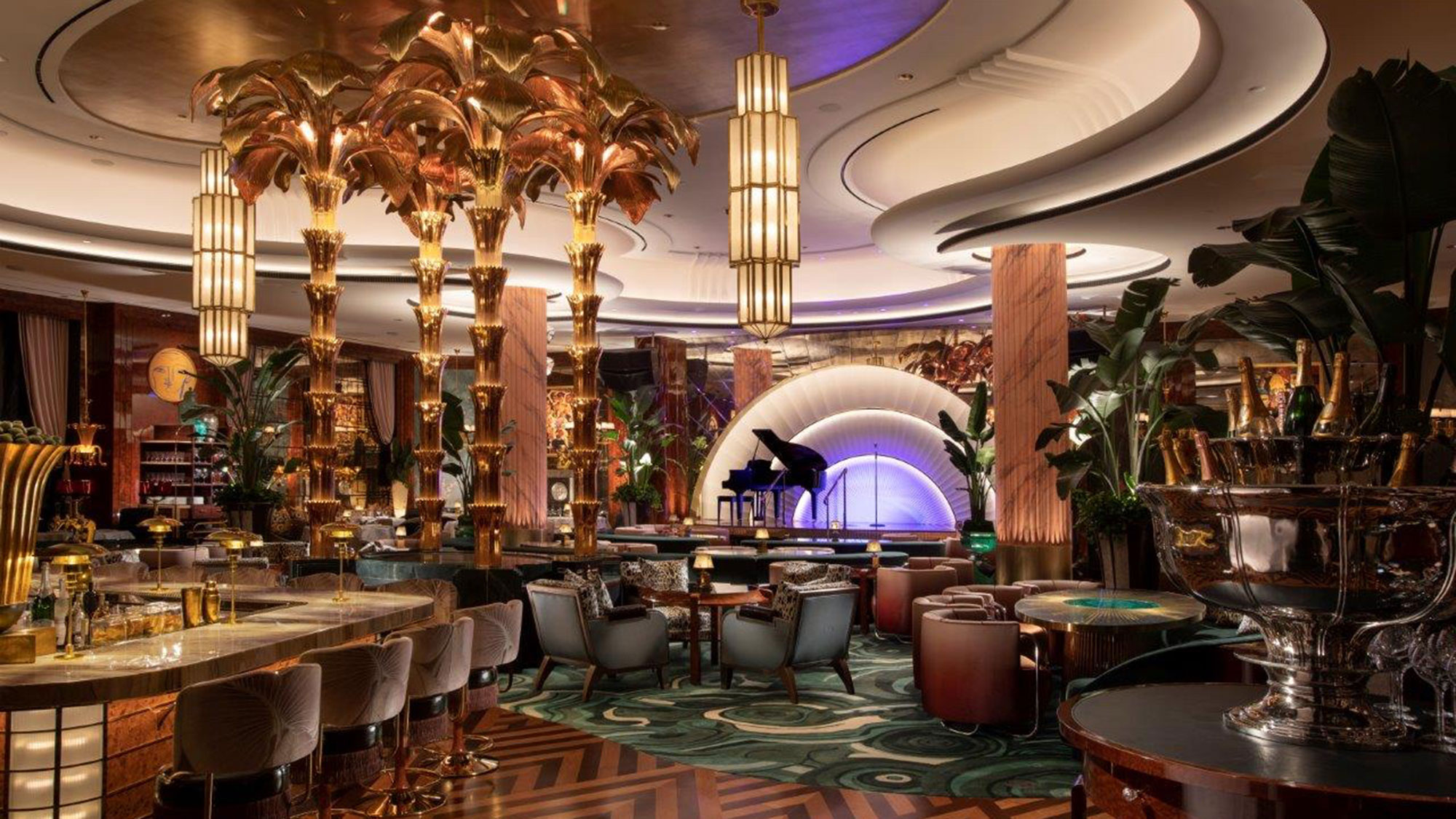 “I just tried to keep it straightforward and Americana, which in the new world of steak houses means you can have Japanese influence and Mexican influence. There’s really a more creative playground for me here than there is in a classic French restaurant.”

Smith, who was a lifeguard at the Desert Inn (now the Wynn site) when he was 18 years old, has worked in kitchens in Los Angeles, Chicago, Las Vegas and other locations. He joined James Beard award-winning chef Michael Mina to open Bardot Brasserie at Aria in City Center in 2015.

“The idea of the supper club sounded really cool to me,” Smith said. “I’ve got an extensive background in seafood and Mediterranean and French food primarily, but the appeal of branching out and doing a little bit more with flavors and having some more creative liberty was appealing to me,” Smith said.

When he was younger, Smith says he liked to defy guests’ expectations, “getting outside of my own comfort zone and getting them outside of their comfort zone. In my maturity as a chef, I’m just as happy to cook a beautiful piece of halibut or salmon or chicken as I am something like the sea urchin that we’re doing on the menu here or something a little more adventurous like that.”

Even preparing an appetizer as familiar to diners as onion soup is a challenge Smith embraces. They compare it to their best memory, which could be in Paris or a bistro in their town, he says.

“Either way, the memory is what we’re fighting against. It’s fun for me now to create a menu that is full of staples, that people are comfortable ordering and feel really comforting when they see the description. But then when they have it, they think that’s better than any memory that they’ve ever had of a halibut dish or a salmon or a chicken dish.”

Delilah is on Wynn Las Vegas’ casino level. A staircase on either side of the Little Bubble Bar descends two floors into the swanky dining room. Live entertainment, with jazz on Sundays, will be featured throughout the evening. Volume will be kept at a subtle level so diners can converse comfortably, Smith said. 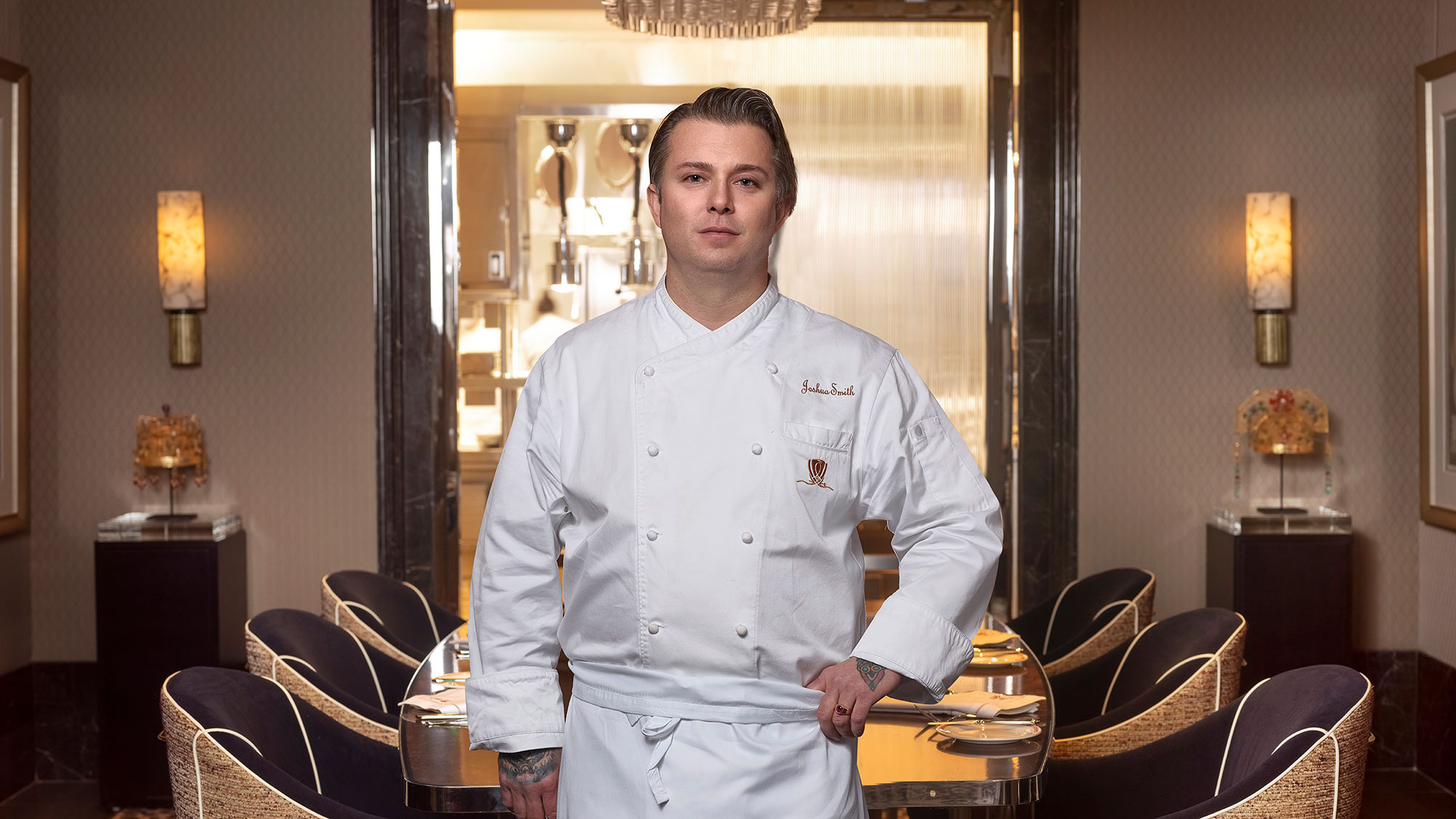 “It’s a work of art from top to bottom,” he said. “The stage is the focal point. It’s going to be really cool to be in a room that has entertainment and has that fun aspect.  This room will make people feel like they want to be dressed up because [it] is so nice, but the normal clientele of Delilah is a little bit more casual.”

Smith said he believes Delilah will appeal to those who aren’t into nightclubs but seek a more intimate late-night dining experience. “It’s something that I think is missing in Vegas right now,” Smith said. “There’s not a lot of places on the Strip to have something good to eat after midnight and relax and enjoy a cool vibe without the full-on nightclub experience with headline DJs.”

Appetizers and salads at Delilah are generally $19 to $26. Entrees range from $28 to $48 with some exceptions: The wagyu beef Wellington for two, for instance, is $170.  As a courtesy to high-profile guests that the Los Angeles Delilah draws and the new Delilah expects, photography of the room is discouraged (although guests are welcome to snap away at their plates for Instagram shots).

Delilah at Wynn Las Vegas will open at 5:30 p.m. Wednesdays through Sundays. The restaurant will operate until 11 p.m., with the bar and lounge remaining open during late-night hours. To make reservations, visit DelilahLV.com.