Installment payment solution providers that focus on the travel industry say they are becoming mainstream.

“It is increasingly becoming a way that consumers want to pay,” said Tom Botts, chief commercial officer for Uplift, which is the largest player in the space. “It is becoming an expectation of consumers wanting this payment option, not only for retail, but also for travel.”

Commonly referred to as “buy now, pay later,” solutions like Uplift’s enable travel consumers to purchase airline tickets, cruises, vacation packages, hotels and other travel products via payment plans that can span from a few months up to more than a year. Buy now, pay later customers typically receive credit decisions almost instantly, with interest rates determined based upon their credit histories. Uplift, for example, offers noncompounding interest rates of between 7.99% and 32% on loans ranging from $100 to $25,000. Payment terms range from as short as three months to as long as 18 months, said Botts.

The company said that it has increased its active merchant partner count by 82% since April 2020 and now has more than 210 partners in the travel industry.

During an interview in late June, Botts said the previous week was the biggest revenue week in the history of the company.

Uplift, though, is not alone in the travel industry’s buy now, pay later space.

Meanwhile, the newest player in the U.S. marketplace is U.K.-based Fly Now Pay Later, which just this month began offering payment plans directly to consumers for travel purchases made within the U.S. 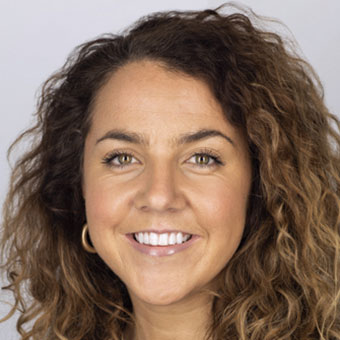 The 6-year-old company’s largest U.K. client is the OTA Last Minute Travel. Fly Now Pay Later also partners with Malaysia Airlines and is in the process of integrating with three other global carriers, said Sophia Melas, the company’s head of partnerships.

Instead of charging interest, Fly Now Pay Later charges a transaction fee, which customers can pay at the time of booking, or by adding the fee into payments, which are made monthly for up to 12 months. Loans range in value from $100 to $4,000.

Consumers can apply for a loan on the company’s website or in its app. Those who are approved receive a virtual debit card, which they can then use to book travel.

Melas said that over the course of the pandemic, Fly Now Pay Later enjoyed a share increase of 30% among its merchant partners who were able to keep up bookings.

“Prior to Covid, our partners typically saw a 25% increase in incremental sales with our solution, but we anticipate this being higher as they leverage payment flexibility as a core recovery strategy,” she said.

Forecasted growth in the coming years

Indeed, installment solutions, though hardly new in industries such as automobile and appliance sales, are forecasted to see substantial growth in the coming years. A June report published by Amadeus noted that the portion of e-commerce transactions in North America made using installment solutions was expected to grow from 0.9% in 2020 to more than 3% by 2023, according to the Cincinnati-based payment processing company Worldpay.

In an Amadeus survey of 5,000 travelers conducted last May, 40% said buy now, pay later would encourage them to book travel this summer.

The payment option, Amadeus said, “is an obvious addition that helps to stimulate demand and also encourage travelers to make higher-value purchases or perhaps to add an ancillary service.”

Botts, though, said that Uplift’s installment service provides options for travel consumers, especially those who don’t carry traditional credit cards or who would rather keep their travel expenses clearly delineated from other credit purchases.

Both Uplift and Fly Now Pay Later also work directly with travel advisors. The companies’ agency platforms enable travel advisors to make full payments to suppliers at the time of a client’s purchase so that they can receive any commissions they are due.

The client, meanwhile, pays installments directly to Uplift or Fly Now Pay Later on the agreed upon schedule. The lenders also assume the risk of loan default, the companies said.