The extraordinary incident in the cockpit of an Airbus A320 is said to have happened on a flight from Geneva to Paris. 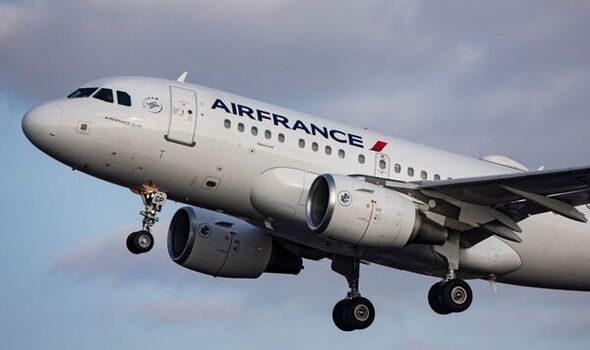 Pilot and co-pilot are believed to have clashed shortly after take-off as the jet was gaining altitude. One of the men is said to have hit or “slapped” the other leading to both clutching each other by the collar.

Members of the cabin crew heard a commotion and intervened to defuse the row. One cabin crew member spent the rest of the flight in the cockpit, according to the French newspaper La Tribune.

The incident happened in June and is being investigated. Air France told LA Tribune the two pilots are waiting to hear what action might be taken against them.

But a spokesperson for the French national carrier stressed the safety of the flight was not compromised. The spokesperson described the alleged behaviour as “totally inappropriate.”

Air France confirmed there was a “dispute” with an exchange of “inappropriate gestures” during the incident on the Airbus A320 last June.

But it said the “incident ended quickly without affecting either the conduct or the safety of the flight which continued normally”.

The pilots have been suspended while they are being investigated, according to a report by France’s civil aviation safety investigation authority.

Bust-ups involving pilots or cabin crew are rare but not unheard of.

In 2018, two Iraqi Airways pilots were suspended after coming to blows over a food tray at 37,000 feet.

The jet was on its way to Baghdad from Mashhad in Iran when it ended in chaos as the captain and first officer scuffled in the cockpit.

The plane, with 150 passengers on board, landed safely.